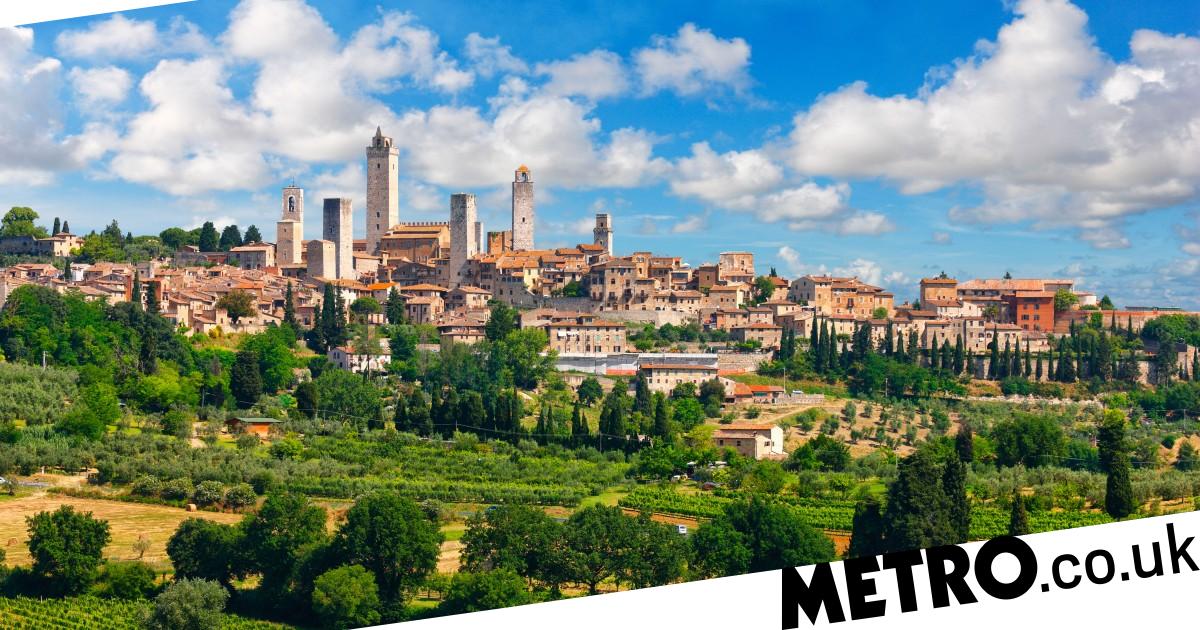 Tuscany is a bit of a movie star. The central Italian region has formed the sensual backdrop to dozens of films, including Under The Tuscan Sun (2003), Stealing Beauty (1996), A Room With A View (1985), and even some of the Twilight Saga (2009).

That idyllic Tuscan sun warms a landscape that sees many grapes grown on the region’s hillsides.

The combination of the heat and, for vineyards closer to the coast, cooling breezes coming in from the Tyrrhenian Sea results in some impressive grape varieties, full of bold flavours.

The daddy of them all is the sangiovese, planted in nearly two-thirds of Tuscany’s vineyards, which is used to make wines including chianti, brunello and what are known as super Tuscans, where the grape is blended with the likes of cabernet sauvignon and cabernet franc.

Other well-known Tuscan grapes include montepulciano and white grapes such as trebbiano – used to make sweet vin santo – vermentino and vernaccia.

You could organise your own vineyard tour, following a designated wine route but because the region is so vast, it makes more sense to base yourself in one of the more popular areas – such as Florence, or Montalcino or Montepulciano in the province of Siena – and let someone else take you around.

Try the full-day Tuscany wine-tasting tour, which starts in Florence from £106pp, and includes a visit to two wineries, a session at a wine-tasting school and olive oil and balsamic vinegar tasting.

Or channel Sophia Loren and drive around the vineyards in a vintage Fiat 500.

You’ll set off in a convoy, led by a guide, and stop at a 15th-century Renaissance villa and wine estate for lunch and tastings (from £115pp).

Beyond the wineries, there are many other beautiful places to explore. Tuscany’s medieval hilltop towns include Anghiari, with its distinctive ancient Campano tower, and Cortona, where you can stroll around and marvel at the elegant basilica and sip an Aperol spritz in the grand Piazza della Repubblica.

Tiny San Gimignano, one of the best-preserved medieval towns in Italy, is known as the Manhattan of Tuscany thanks to its forest of high towers. Start with a coffee in Piazza della Cisterna, then climb the 177ft Torre Grossa and visit the duomo.

For a hefty dose of Renaissance culture, you have to head to Florence. Make a beeline for the Uffizi Gallery, where you’ll see incredible paintings such as Botticelli’s Birth Of Venus, where the goddess is depicted arising from a giant scallop shell, Caravaggio’s terrifying Medusa, and Titian’s Venus Of Urbino.

The city’s most famous naked man, David, can be found in the Accademia Gallery Carved by Michelangelo, he stands 17ft tall and represents the shepherd boy who, in the biblical story, killed giant Goliath with a catapult.

And don’t miss out on Tuscan food – some of the region’s best dishes include bistecca alla fiorentina (tender steak cooked over charcoal), ribollita (soup made with bread, cannellini beans and vegetables), and pappardelle al cinghiale (pasta with wild boar). You won’t find a lack of wine to go with any of them, after all…

Three of the best Tuscan wines to try at home

This white wine is typically produced in and around San Gimignano and is distinguished by its floral notes, citrus fruit flavours and dry, crisp quality.

Made with at least 80 per cent sangiovese grapes (regular chianti only requires 70 per cent), this ruby-red wine bursts with cherry flavours and has notes of violets.

Produced from sangiovese grapes in the municipality of Montalcino, this wine is characterised by dark fruits – think black cherry and blackberry.


MORE : A grape geek’s guide to Napa Valley – from hot air balloons to the Wine Train