A Real ‘Central Perk’ Cafe Is Happening in 2023 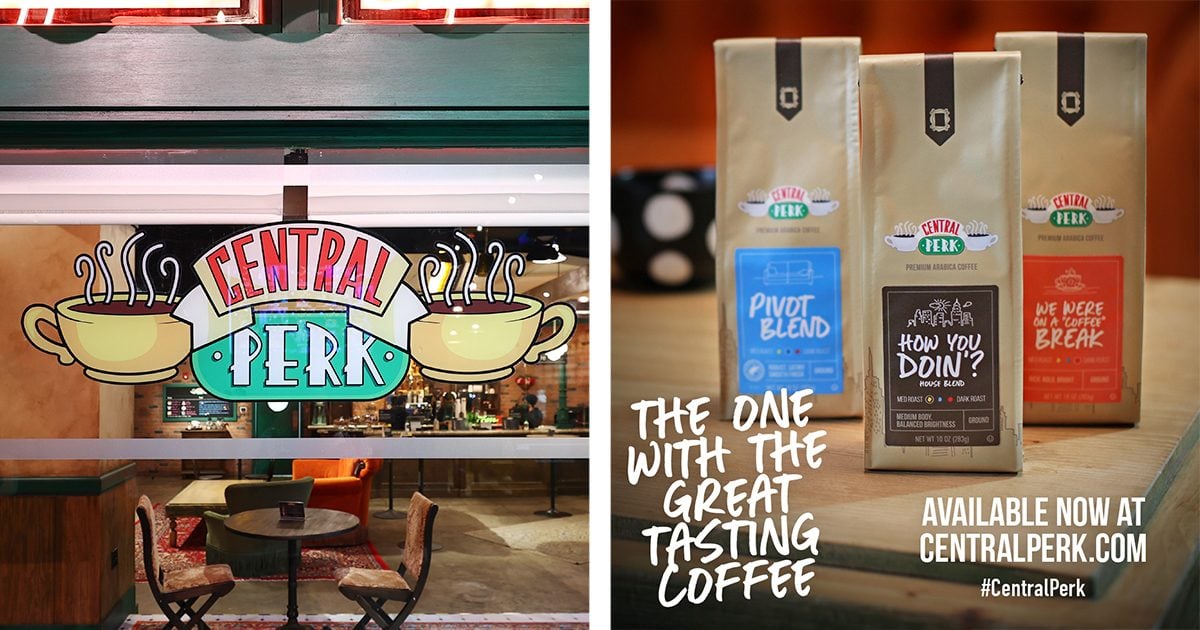 Nearly 30 years after it premiered, Friends still has a tight grip on pop culture. It wasn’t just the titular friend group that Friends fans grew to love—even their apartments and Central Perk hold a dear spot in their hearts.

Friends wouldn’t be Friends without Central Perk. Monica, Phoebe, Rachel, Chandler, Joey, and Ross’ hangout appeared in every episode. If you’ve always wanted to sit on the couch and catch up with your best friends, that dream will soon become a reality. A coffee shop inspired by Central Perk is set to open next year—and this time, it’s sticking around for good.

Have you been to the best coffee shop in your state yet?

Central Perk Is Opening for Real This Time

The concept of a real-life Central Perk cafe sounds familiar because it’s happened a few times before. Warner Brothers held its first Central Perk pop-up up in New York in 2014 in honor of Friends‘ 20th anniversary. Since then, it’s made appearances and inspired a few imitators.

This time, however, Central Perk will actually have a brick-and-mortar location and sell its own Friends-themed coffee. Don’t forget to brush up on the type of coffee you want before you get there!

When Can I Visit?

Unfortunately, all we know about the new Central Perk cafe is that it’ll open sometime in 2023. Even the location hasn’t been decided yet! The team behind Central Perk Coffeehouse is set to announce more details on social media soon, so keep an eye on Facebook and Instagram. In the meantime, Central Perk coffee is already available to purchase. Look for three varieties: “How You Doin’?” a medium roast; “Pivot Blend,” a medium/dark roast: and “We Were on a Coffee Break,” a dark roast.

If you can’t wait until 2023 to get your Friends fix, stream old episodes and enjoy one of these Friends-inspired recipes, gift yourself a Friends-themed mug or make the Jennifer Aniston salad that she allegedly ate on set every day.