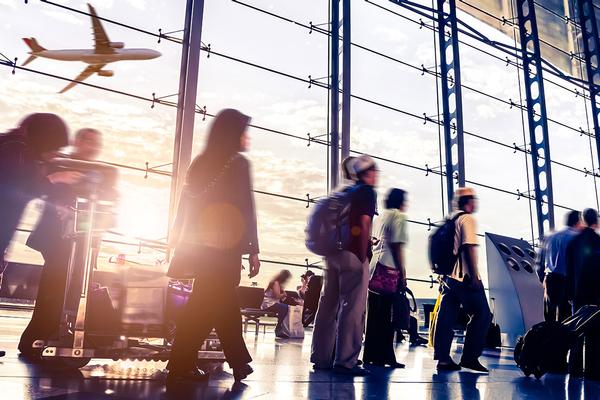 This summer, U.S. carriers have contended with an intensity of travel demand not seen since before the pandemic; and the four-day Labor Day holiday period saw 8.76 million passengers screened through TSA checkpoints, exceeding even 2019 numbers.

The start of a new school year typically means that families are taking fewer vacations after summer ends, a time when airlines traditionally rely more heavily on the business travel segment—which simply hasn’t rebounded as quickly as leisure travel.

But, United Airlines’ senior vice president Patrick Quayle told conference attendees that this year is defying historical trends, with no notable decrease in ticket sales between the months of August and September. “We’re seeing a really strong September,” Quayle disclosed, according to Bloomberg. “It does not appear that summer has come to an end. It’s that strong.”

Until then, they’re looking to rebounding demand for international air travel to shore up their revenues. With the recent repeal of border restrictions by several Asian and Pacific countries, transatlantic demand has come back strong. “Whenever countries reduce the entry requirements or eliminate entry requirements, we see really, really robust demand,” Quayle said, according to Reuters.

However, investors and analysts have expressed concern that, with leisure demand historically diminishing in the autumn and inflationary pressures already heavily impacting consumers, the airline industry won’t be able to command such high prices.

Still, with higher and higher temperatures each year extending into September and October, it only makes sense that warm-weather getaways remain on the menu into the autumn months. And, that Americans’ as-yet-unsatiated appetite for meaningful trips (and, in some cases, extra savings accrued after two years of missed vacations) could continue to sustain booking levels throughout the fall.

For the latest travel news, updates and deals, be sure to subscribe to the daily TravelPulse newsletter here.