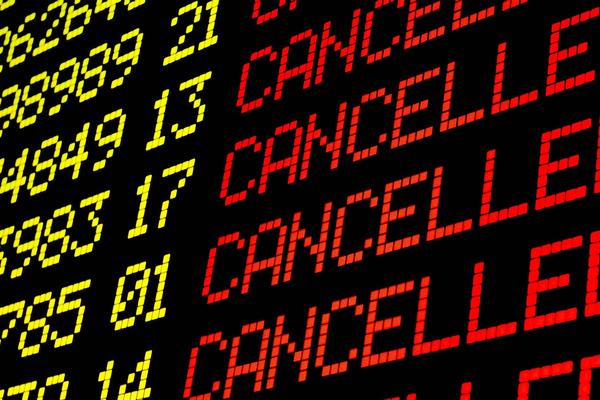 What has arguably been the most chaotic summer of airline travel in history is ending the same way it began.

Labor Day Weekend might be a distinctly American holiday but delays and cancellations have again plagued airlines worldwide over the holiday. Since Friday, the flight-tracking website flightaware.com reports that more than 300 flights into and out of the U.S. were canceled through about 11 a.m. this morning, Sunday, September 4, and more than 7,000 flights had been delayed. Internationally, just on Saturday and Sunday alone there have been more than 26,000 delays and 4,600 cancellations.

Now the question is, will disappear – or at least dissipate – for the fall travel season?

Theoretically, it should. Air travel drops dramatically between the end of Labor Day Weekend and the start of the winter holiday season in. Children are back in school, college-age students are back on campuses, and most families take their vacations during the summer. Moreover, airlines have tried to quell any further problems by already canceling numerous flights during the fall and winter.

But theory and reality often clash.

“I see the fall being more of the same … delays and cancellations,” airline industry analyst Robert Mann told Politico.

Mann also told the publication that the airlines are solely to blame for the mess, setting hard-to-reach goals for the number of flights it would operate this summer while not having the correct number of employees to staff them.

Airlines are trying to catch up. United, for instance, recently held two job fairs last month in Chicago and hired more than 1,000 workers. Give the industry credit, of course, but the fact remains that airlines dug a hole that will take more than just a couple of months before Thanksgiving to dig out of. Couple that with a pilot shortage that had been coming for years, the lingering effects of COVID, and with pandemic-induced ‘Great Resignation,’ and it makes for a dicey situation says

“(Airlines are forced to adjust staffing) for this new normal where there’s a higher level of absenteeism as a result of COVID,” Pinkerton told Politico. “It’s a reality that every sector of the economy is experiencing. … People have been trained (for new careers) but they’re still less experienced than our workforce pre-pandemic.”