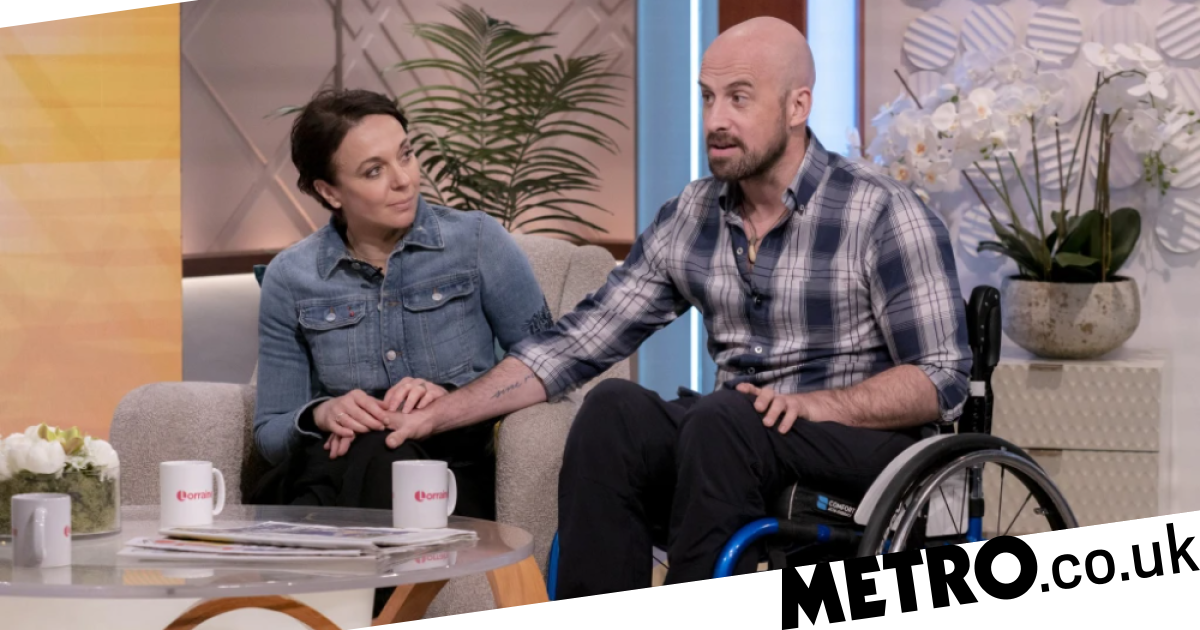 Amanda Abbington has shared the exact moment she found out about Jonathan Goodwin’s accidenat – and her fears that she might never see him alive again.

The actress – who is now engaged to Jonathan – started dating the America’s Got Talent star after splitting from ex-husband Martin Freeman.

However, their relationship was well and truly put to the test when Amanda, 48, received a terrifying phone call

Her daredevil fiancé TV star was filming an episode of America’s Got Talent: Extreme in 2021 when his act went tragically wrong, resulting in him becoming paralysed and needing to use a wheelchair.

Jonathan, who rose to fame after competing in the 2019 version of the show and also appearing on Britain’s Got Talent, was performing a stunt in which he would hang upside down 30 feet in the air between two suspended cars and escape from a straitjacket.

However, the cars were released too early and he was crushed between them as they caught on fire.

Amanda later revealed the horrifying extent of his injuries, sharing that, after his fall, he broke both shoulder blades, shattered both of his legs, and lost a kidney.

‘Third degree burns, broke his spine and severed his spinal cord and, nearly died. And then on the operating table, he nearly died again,’ she added to Out To Lunch podcast with Jay Rayner.

Now, Amanda has said that she initially ‘didn’t think about the stunt’ and shared how she received the news.

‘[The stunt] was dangerous, but I knew Jonathan was a perfectionist so I didn’t think any more about it,’ she began to The Times.

‘When I woke up the following morning there was a voicemail from his stunt co-ordinator, “Jonathan’s had an accident. It’s not great news.”

‘Then it all became a crazy whirlwind; finding out what had happened, flying his family out there.’

Once aware of the severity of her partner’s condition, Amanda was eventually able to chat to him on the phone.

‘We did eventually speak on the phone. He called to say he was having an operation and there was a strong chance he might not make it,’ she shared.

‘He told me that he loved me and I honestly thought that was the last time I’d hear his voice.’

It’s now been over one year since Jonathan’s almost-fatal accident, and she’s praised him from only going ‘from strength to strength’ in his recovery.

She said her husband-to-be is ‘independent and strong’ and Jonathan even ‘forgets he’s in a wheelchair.’

Jonathan – who has previously stated that the tragedy wasn’t his fault – has now retired as a stunt performer after his life-altering injuries.

Instead, the former escapologist uses his platform to share advice and ‘positive thinking’.


MORE : The Vivienne ‘honoured’ to be first drag queen on Dancing On Ice as she serves in first Cher-inspired skate