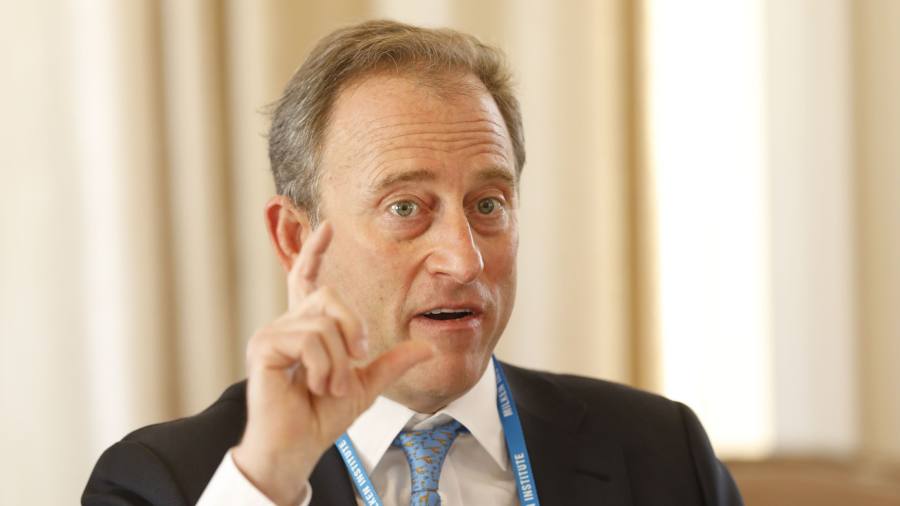 Josh Harris, the billionaire private equity executive who left Apollo Global Management last year after a messy succession battle, is returning to the investment industry with a firm that aims to be a contender in financial markets including private equity, credit and insurance.

The venture, named 26North, is launching with $5bn in assets under management and a team of 40 executives, according to a statement on Friday.

Among the newly announced recruits is Mark Weinberg, a veteran of Brookfield Asset Management and Lehman Brothers, who will take the reins at the firm’s private equity division.

Brendan McGovern, who left Goldman Sachs earlier this year after senior positions in the credit division of the bank’s asset management arm, will assume responsibility for 26North’s direct lending platform.

Harris spent most of his career at Apollo, the private equity firm founded in 1990 by billionaire financier Leon Black with a group of partners from the failed Drexel Burnham Lambert investment bank.

Since then, what began as a scrappy investment partnership focused on companies in distress has evolved into an institutional manager with $515bn of assets, including a huge portfolio of corporate debt.

Many of those investments are attached to Athene Holding, the annuities company that Apollo founded in 2009, and with which it merged earlier this year.

Harris’s venture, too, will manage assets for annuity and insurance industry clients, according to a filing with the US Securities and Exchange Commission on Friday.

Black quit as Apollo chief executive last year, after a law firm hired by the private equity group concluded that he had paid $158mn to the late sex offender Jeffrey Epstein in return for tax advice, assistance handling art transactions and other professional services.

The controversy touched off a succession battle in which Harris ultimately lost out to fellow Apollo partner Marc Rowan. Black earlier this year failed to persuade a judge that Harris conspired with a Russian fashion model to publicise made-up allegations of sexual abuse that prompted his departure as Apollo’s chief executive.