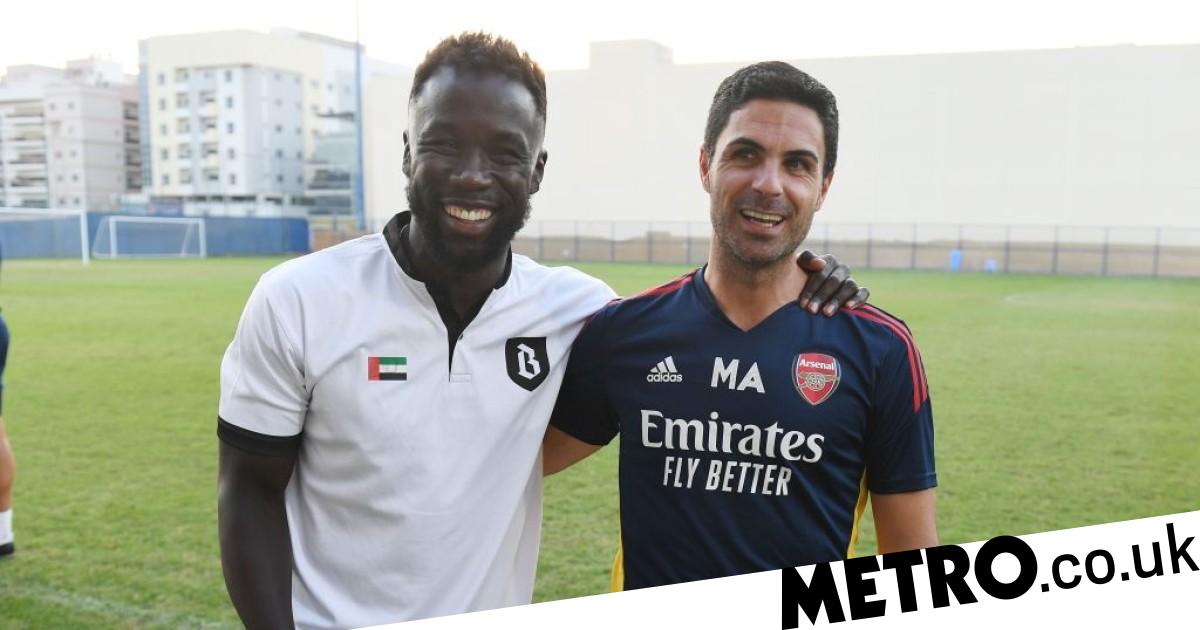 Bacary Sagna says Arsenal goalkeeper Aaron Ramsdale made a ‘statement’ in the north London derby victory over Tottenham and has delivered his verdict on Eddie Nketiah.

The Gunners swept aside their north London rivals to move eight points clear at the top of the Premier League.

Arsenal took the lead on 14 minutes when Hugo Lloris could only parry Bukayo Saka’s deflected cross into the back of his own net.

Arsenal went 2-0 up ten minutes before half-time as the impressive Martin Odegaard beat Lloris with a 25-yard strike.

Tottenham attempted to rally after the break but any chances they did create were snuffed out by Gunners goalkeeper Ramsdale.

‘Ramsdale had a terrific game – he made some vital saves at key moments,’ Sagna, who spent seven years at Arsenal, told FindMyCasino.

‘The save against Son just after Arsenal had scored was huge and every time he was called into action and needed to make a presence for himself he did it.

‘He made the defence feel more secure. This is when it’s important to have a good goalkeeper – a good keeper can give you 10-15 points a season. It was a statement from him.’

Despite not scoring, Nketiah led the line well for Arsenal and Sagna has been impressed by the 23-year-old’s contributions since Gabriel Jesus’ World Cup injury.

He added: ‘I think we need to give credit to Eddie Nketiah. His style is different to other strikers, he’s probably not as tall as other strikers, maybe not as skilful but he is doing a great job.

‘No one expected him to be in the starting line up for so long and we can trust him, we have to trust him. Sometimes you need more games to score more goals and be more clinical, but he is doing well and can do even better.

‘He needs time. He’s been on loan a lot, he’s been criticised and people have to stop criticising and get behind him before looking elsewhere.

‘Confidence is a big thing in football and I’m sure if he feels the love, rather than critics, it could help him a lot. Every time he plays he is playing with that pressure.

‘If he doesn’t score he gets critics saying “we don’t have a striker” but you should appreciate the effort he puts in and the way he played against Spurs. He didn’t lose the ball in the first half, he won many free kicks and was an option for the defenders.

‘Of course people will judge his efficiency in the box, but how easy does he make the defenders’ lives when they are under pressure because his teammates always manage to find him? He’s not tall but he gets in between the lines, plays with others and keeps the ball.’

Arsenal have a poor record in away north London derbies but produced an excellent performance to beat Antonio Conte’s Spurs and boost their title hopes.

‘It was a statement win,’ Sagna said. ‘It’s never easy to play Tottenham, they have very good players, and it’s an amazing stadium with an amazing atmosphere.

‘There was also pressure to deal with because City had lost. And when I look back at my time, too often when we had to step up and win, we didn’t. But against Spurs, Arsenal did.

‘What impressed me the most was the confidence they had in playing their own football. They totally deserved to win. They outplayed Tottenham from start to finish and created many chances.

‘They played as a team and won the physical battle too. They won the second ball and it demonstrated how they have been playing all season.

‘It’s a really impressive way to increase the points difference to City – eight points which is amazing. Arsenal stepped up at the right time and they have been doing it all season.

‘It’s not a surprise that they’re eight points ahead because they are the best team this season. Two years ago I said I think they will be champions and I hope I am proven right.’