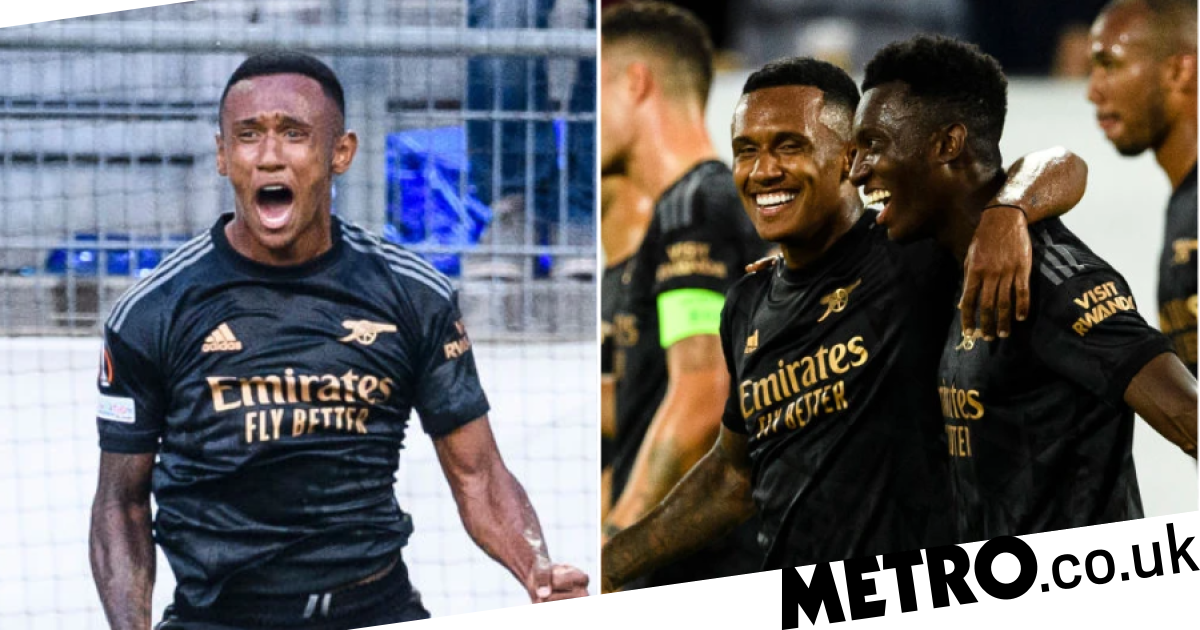 Arsenal new-boy Marquinhos reacted to his dream debut for his new club by vowing ‘this is just the beginning’.

The 19-year-old was the least heralded of the club’s five summer signings but impressed during pre-season, before making several eye-catching performances for the Under-21s last month.

With Arsenal failing to sign either Pedro Neto or Raphinha, both of whom had been identified to offer competition and back-up to Bukayo Saka, Mikel Arteta opted to retain the services of the former Sao Paulo winger, rather than send him on loan.

Marquinhos was handed his first appearance last night as the Gunners begun their Europa League campaign against FC Zurich and the youngster rewarded his manager’s faith by producing a match winning performance.

The teenager opened the scoring in the 16th minute, capping a flowing move that involved Fabio Vieira and Eddie Nketiah with a superb finish on his weaker right foot.

The hosts drew level against the run of play from the penalty spot, but Arsenal secured all three points when Nketiah headed home at the far post, benefiting from a pinpoint Marquinhos cross.

After the match the Brazilian took to Instagram and wrote: ‘God is wonderful. Dream come true to debut with this giant shirt, very happy for the goal and the victory… just the beginning, lets go!’

Arsenal cancelled their post match media duties as a mark of respect to Queen Elizabeth II meaning Arteta was unavailable to provide his reaction to Marquinhos’s performance, but he certainly caught the eye of club legend Martin Keown.

He told BT Sport: ‘It’s the confidence, we talked about having that class in possession. I saw lots of that tonight from Marquinhos.

‘Look at that pass from Fabio Vieira, great ball into the channel, we talked about Nketiah and his movement, and then a great pass off his weaker foot.

‘And then the finish! The ball just lifts before it comes into him and it’s a wonderful finish from him.’

He continued: ‘The first of many, hopefully. He’s got a huge future ahead of him.

‘That’s a real opportunity now ahead of him. Bukayo Saka is only a couple of years older himself, but such is the quality he’s going to get chances.

‘He picked and chose his moments cleverly, whipped a couple of crosses in. Really good quality. He kept on producing.