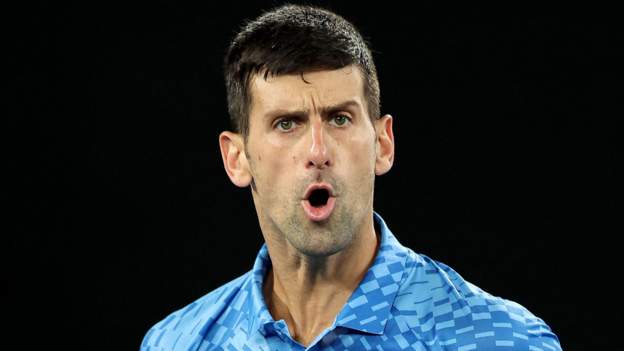 Novak Djokovic will continue his bid for a record-extending 10th Australian Open men’s singles title against home favourite Alex de Minaur in the fourth round on day eight in Melbourne.

“The way it looked just before the tournament started, I thought that it wouldn’t be possible. I’m still here and still holding on.”

The Serb, 35, is bidding to reach his 13th quarter-final at Melbourne Park, where he has not lost since 2018.

That winning streak includes three successive titles in 2019, 2020 and 2021 before he was forced to miss last year’s tournament after his visa was cancelled.

The reigning Wimbledon champion can return to world number one if he wins a record-equalling 22nd major men’s singles title – and, injury permitting, he is favourite to do so.

But he must first overcome 23-year-old Australian De Minaur and a partisan home support on Rod Laver Arena to reach the last eight.

Russian fifth seed Andrey Rublev or Danish ninth seed Holger Rune await the winner, with Spaniard Roberto Bautista Agut (24) – up against unseeded American Tommy Paul – the highest-ranked of the possible semi-final opponents in the bottom half of the draw.