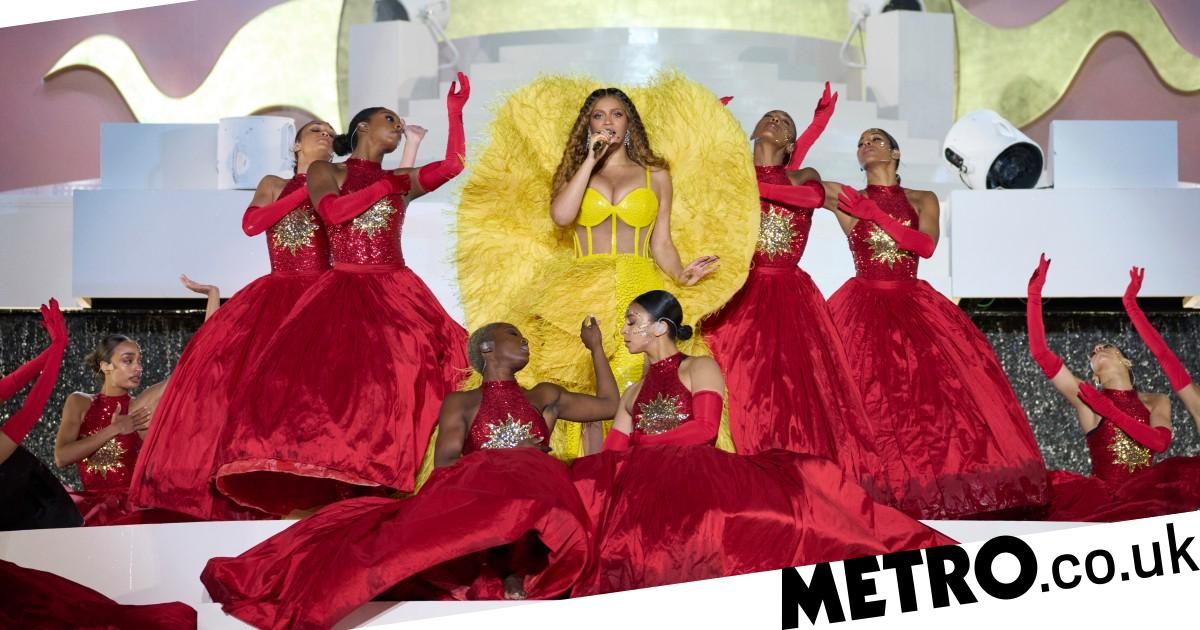 Beyonce is facing backlash amidst all the praise for her lavish concert in Dubai due to its anti-LGBTQ+ laws.

The Halo singer, 41, performed her first show in four years at new luxury hotel Atlantis The Royal on Saturday night, where she sang for 90 minutes before a crowd including other massive names such as Kendall Jenner, Halle Bailey, Liam Payne and, of course, husband Jay-Z.

Beyonce was also joined on stage by her 11-year-old daughter Blue Ivy, with fireworks and elaborate costumes making the ultra-luxury event one to remember.

However some have begun to call out what they see as the hypocrisy of Beyonce being celebrated for her performance at the private party, while footballer David Beckham was hugely criticised for taking an ambassador role at the 2022 Qatar World Cup.

Beckham, who was idolised as a gay icon in part for becoming the first straight footballer to pose for gay magazine Attitude in 2022, was urged to back out of the multi-million pound contract due in part to the United Arab Emirates’ hardline stance against the LGBTQ+ community, which criminalises homosexuality.

Now Beyonce – who has millions of fans who are queer – is facing similar criticism for performing at the hotel in Dubai, also in the UAE, for which she is reported to have made $24million (£19.4m).

RuPaul’s Drag Race UK star Kitty Scott-Claus sparked a conversation when she took to Twitter to ask if there was ‘one rule for one and one for another.’

She wrote: ‘Can someone explain why everyone was cancelling David Beckham the other month but now celebrating Beyoncé for performing in Dubai?’

Fans have been divided by the issue, with some arguing Beckham was paid to promote Qatar despite its human rights abuses and anti-LGBTQ+ laws, whereas Beyonce performed a private gig at a hotel.

Others, however, argued that both were ‘paid millions to turn a blind eye’ to the regime and its human rights abuses.

Beyonce did not perform any tracks from her newest album Renaissance at the concert, with the album having been received as a celebration of Black queer culture.

Some wondered whether Bey had chosen not to perform the tracks as the show was not a tour to promote the album, or whether she did so as the tracks were camp.

Long-time LGBTQ+ activist Peter Tatchell said the musician had performed in a ‘homophobic dictatorship, accusing her of ‘ditching her own progressive values’ for a ‘money-grabbing pay cheque.’

Others argued that if Beyonce were only to perform in places where LGBTQ+ rights are recognised, ‘she would not be able to perform in most places in the US.’

The criticism of Beckham was led by comedian Joe Lycett, who pretended to shred £10,000 after the footballer did not back out of the multi-million pound Qatar real.

He later revealed that what he had destroyed instead was the England star’s Attitude magazine cover.

Beckham eventually broke his silence on the criticism for the first time in a statement that was featured in Lycett’s recent Channel 4 documentary.

It read: ‘David has been involved in a number of World Cups and other major international tournaments both as a player and an ambassador and he has always believed that sport has the power to be a force for good in the world.

‘Football, the most popular sport globally, has a genuine ability to bring people together and make a real contribution to communities.

‘We understand that there are different and strongly held views about engagement in the Middle East but see it as a positive that debate about the key issues has been stimulated directly by the first World Cup being held in the region.’

The statement concluded: ‘We hope that these conversations will lead to greater understanding and empathy towards all people and that progress will be achieved.’

Metro.co.uk has reached out to reps for Beyonce for comment


MORE : Beyoncé joined by daughter Blue Ivy, 11, for spectacular performance of all her hits as she takes to stage in Dubai for first gig in four years