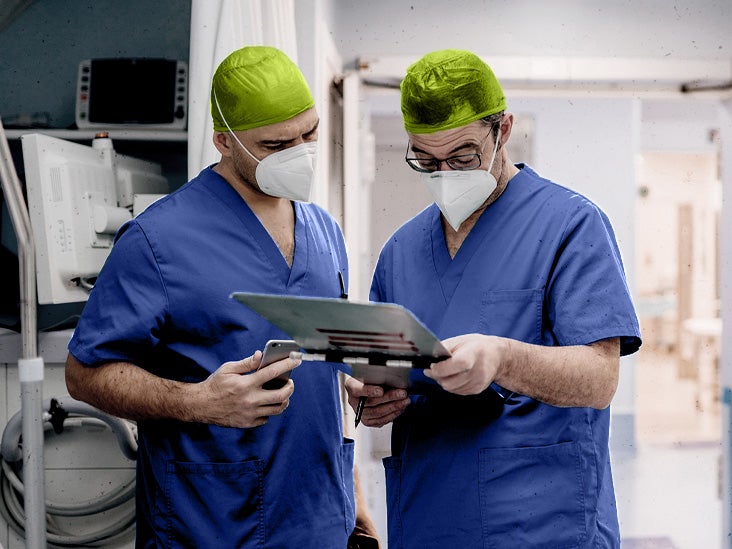 Bile duct cancer, also known as cholangiocarcinoma, is a rare form of cancer that affects the bile ducts. Two bile ducts in the human body connect the liver and gallbladder to the small intestine. They are important for digestion.

This article reviews the main symptoms of bile duct cancer, early warning signs, its symptoms by stage, and more.

According to the , early stages of bile duct cancer do not tend to present with symptoms. When it does, it is usually due to a tumor blocking a bile duct.

The symptom of bile duct cancer is jaundice, which is a yellowing of the eyes and skin.

However, bile duct cancer can cause other symptoms, such as:

Bile duct cancer is to catch early. This is partly because the bile ducts are hard to reach, buried deep within the abdomen. Doctors cannot feel for a lump or mass during a routine exam, nor can they see one on imaging scans.

There are also no reliable blood tests to check for bile duct cancer.

Finally, bile duct cancer typically does not show early warning signs or symptoms unless a tumor has blocked a bile duct.

Bile duct cancer is a rare form of cancer, which means that many of the associated symptoms are more likely the result of another condition affecting the liver.

Doctors typically describe cancer in terms of its stage.

Staging provides doctors with a way to easily describe the cancer’s progression, as well as by helping them determine the best available treatment options.

The table below describes the stages for each type of bile duct cancer, and what symptoms may present at each stage, according to the and .

A person should talk with a doctor if they notice jaundice, yellowing of the eyes and skin. This can indicate that something is wrong with their liver.

However, jaundice can occur due to several different issues that affect the liver. As bile duct cancer is rare, jaundice is to result from a liver problem such as hepatitis, cirrhosis, or alcohol-related liver disease.

If a person has symptoms of a liver problem and a doctor rules out other, more common causes, they may search for the presence of bile duct cancer.

To diagnose bile duct cancer, a doctor will review both family and personal medical history. If they suspect cancer, they may order a number of tests, which may include one or more of the following:

Doctors often use 5-year survival rates to help give an idea of the person’s overall outlook. Doctors base these estimates on data available about the number of people still alive following a diagnosis of different stages of bile duct cancer.

While they can be helpful, it is important to note that they do not provide the full picture. A person’s overall health, age, and other factors can increase or decrease a person’s chance of survival.

For intrahepatic bile duct cancers, the following based on stage are:

For extrahepatic bile duct cancers, the following based on stage are:

Can you have bile duct cancer with no symptoms?

The sign of bile duct cancer is jaundice, but this can also be the result of several different conditions that affect the liver.

Would bile duct cancer show up in blood tests?

One of the issues with finding bile duct cancer early is that no reliable blood or visual tests can check for its presence.

During diagnosis, blood tests may help doctors determine the livers’ function and help them find tumor markers, but doctors will need to perform additional tests to detect bile duct cancer.

How do you know if bile duct cancer has spread?

A doctor will need to test for the presence of cancer in other areas of the body.

If the cancer has spread, a person may experience other signs and symptoms related to the location to which it has spread.

Bile duct cancer starts in the bile duct and may appear inside or outside the liver.

Bile duct cancer does not typically show signs or symptoms until it blocks a bile duct in its later stages. A person is unlikely to discover a tumor until they show symptoms of bile duct cancer and go in for an examination.

Diagnosis typically involves the use of several tests, including MRI and CT scans.