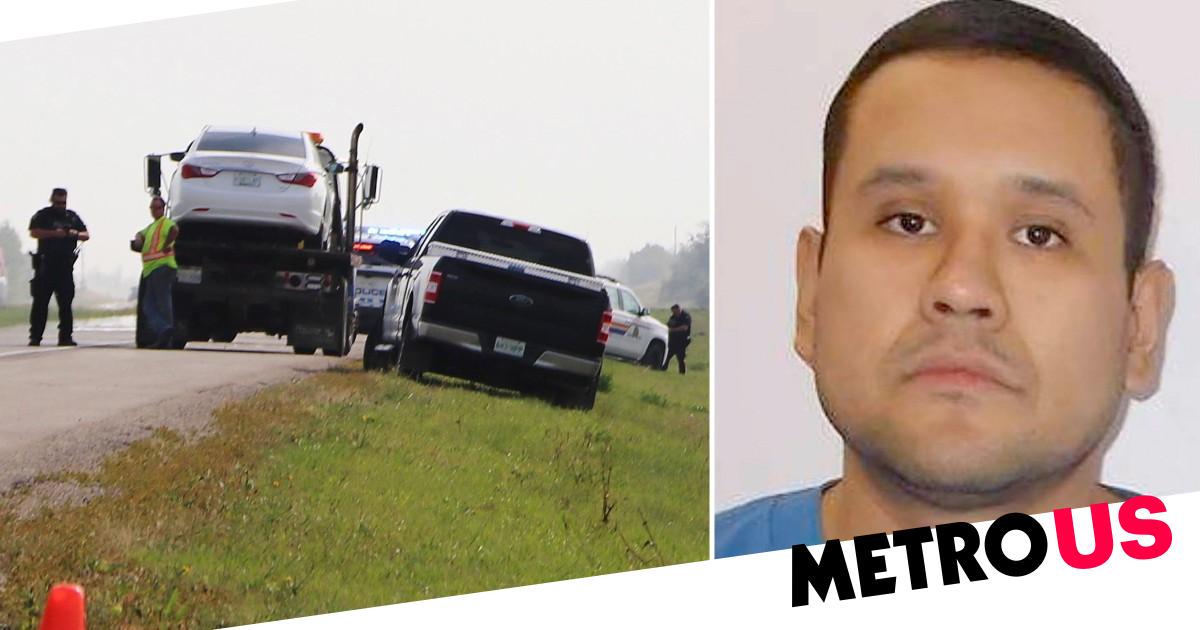 A second suspect in the Canada mass stabbing that killed 10 people has been taken into custody.

Myles Sanderson, 30, was arrested in Rosthern in the indigenous community of Saskatchewan on Wednesday afternoon, police said.

‘There is no longer a risk to public safety relating to this investigation,’ cops announced.

Sanderson’s arrest comes two days after his brother, Damien Sanderson, 31, was found dead on the James Smith Cree nation. Damien’s injuries did not appear to be self-inflicted, cops said.

The brothers are also suspected of injuring 18 people across 13 crime scenes in Saskatchewan, which does not experience much violent crime.

The first stabbing was reported around 5.40am on Sunday and the attacks occurred in the town of Weldon and James Smith Cree Nation, which is roughly 200 mules north of the capital of Regina.

Myles was released after serving a four-year sentence for assault and robbery just months before the massacre. He has 59 prior convictions. Among the people killed in the rampage over the weekend was a person whom Myles stabbed seven years ago, according to court records.

Both brothers were charged with first-degree murder, attempted murder and breaking into and entering a residence.

Police had issued a ‘dangerous person’ alert for the brothers and warned the people of Saskatchewan to avoid suspicious persons, be wary of unusual activity before going into their homes and not pick up hitchhikers.

Authorities believed that Myles may have been injured in the course of the attacks and could seek out medical attention.

Safety officials are looking into the parole board’s decision to release Myles in February. Myles was being hunted by police in May for violating the terms of release.

‘I want to know the reasons behind the decision to release him,’ said Public Safety Minister Marco Mendicino said. ‘I’m extremely concerned with what occurred here. A community has been left reeling.’