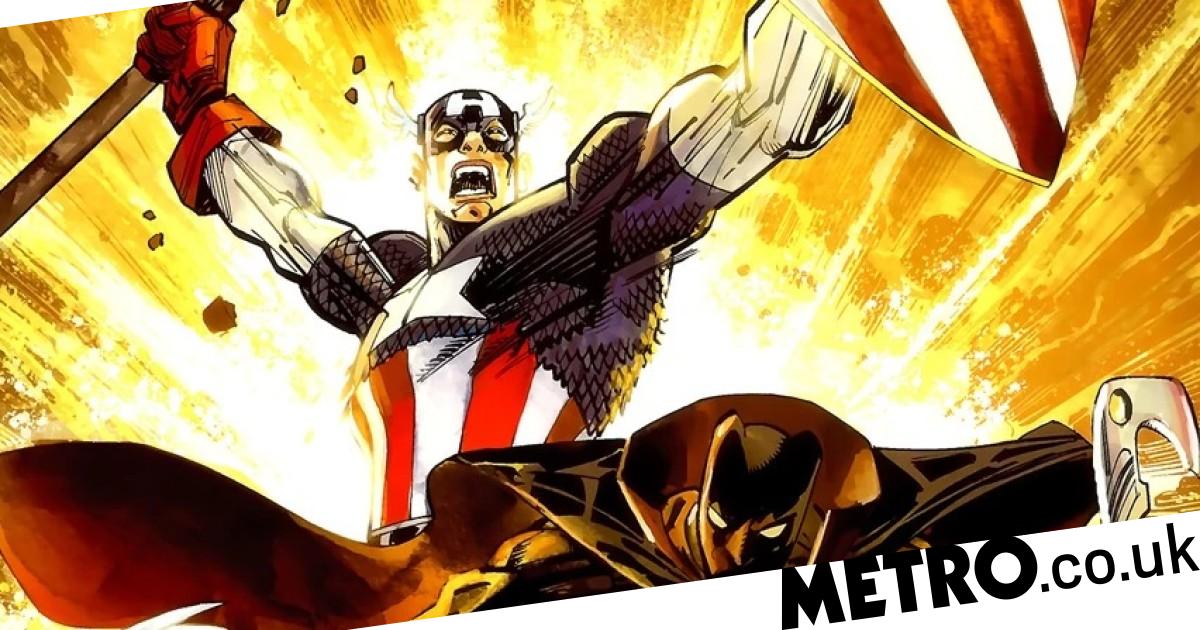 The Amy Hennig Marvel game is being revealed tonight and rumours point to it being a team-up between Captain America and Black Panther.

As part of D23’s Disney and Marvel video game showcase later today, there’ll be a reveal for a new Marvel game that’s in development at Skydance New Media, aka the studio set up by Uncharted creator Amy Hennig.

Very little is known about it, but previous speculation suggested that it will star the Fantastic Four, since it will be an ‘ensemble’ game. As in, it’ll focus on multiple heroes, not just one.

Ahead of the reveal, however, a new rumour is claiming this is not the case and it will instead star two Marvel heroes fans of the movies will already be very familiar with: Captain America and Black Panther.

Interestingly, the rumour says that the game is set during the Second World War and sees the pair teaming up to fight the villainous Hydra organisation.

This may sound like an odd pairing at first, but this description also matches a 2010 storyline from the comics called Black Panther/Captain America: Flags of our Fathers.

Given the time period, you wouldn’t be playing as T’Challa, the modern version of the Black Panther seen in the comics and MCU, since he wasn’t born yet. If the game is anything like the aforementioned comics, you’d instead play as his grandfather.

Oddly enough, this is the second rumoured game to feature Black Panther where you don’t play as the most famous version of the character.

EA reportedly has its own Black Panther game in the works as well, one that starts with T’Challa being dead and has you make your own custom character to take the mantle.

If both games are real then that would mean Black Panther appearing as a main character in two titles from two separate publishers, which hasn’t happened before and may suggest a shift in how Disney handles its characters in the future – especially those, such as Spider-Man, which are currently exclusive to a specific format.

This new rumour comes from MCU Status on Twitter, who has a track record of accurately leaking MCU related news. For example, they said that WandaVision director Matt Shakman would be helming the 2024 Fantastic Four movie a few days before Marvel itself confirmed it.

Eurogamer has corroborated the rumour and, as pointed out by Reddit user NoPersonKnowsWhoIAm, a 2020 Tweet from Hennig revealed one Evan Narcisse had been brought on as a writer for her studio.

If you don’t know who they are, Narcisse has written for multiple Black Panther comics and was a story consultant for the Avengers game’s Black Panther story expansion. It would make sense to bring him on board if the studio was working with the character.

As for what has been officially said about the game, it’s a ‘narrative-driven, blockbuster action adventure game, featuring a completely original story and take on the Marvel Universe.’

You won’t have to wait much longer to find out more. The Disney and Marvel games showcase kicks off this evening at 9pm BST.

It’s also slated to feature updates for Midnight Suns, Lego Star Wars: The Skywalker Saga, and the recently released Disney Dreamlight Valley. Whether upcoming Star Wars games, such as Jedi: Survivor, will be featured though is unclear at this time.


MORE : Every Marvel game in development – from Spider-Man 2 to Midnight Suns