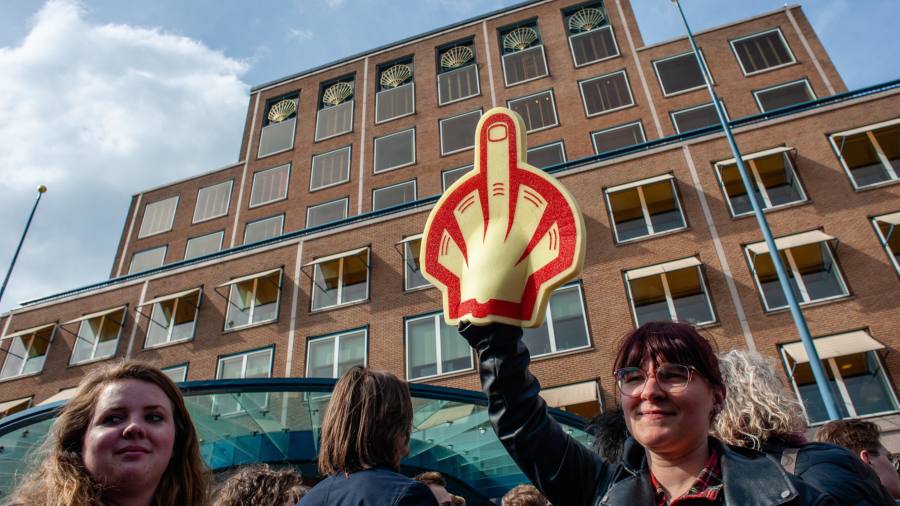 Climate-related legal action threatens to push corporate insurance costs even higher, with the industry warning that success for activists would force a repricing of cover that has already become much more expensive in recent years.

In one closely watched battle, environmental charity ClientEarth is preparing legal proceedings against Shell’s executive and non-executive directors for their alleged failure to set out a road map for cutting emissions at an appropriate pace.

The coming wave of cases has caught the attention of insurers, who say the cost of directors and officers (D&O) liability insurance, which covers companies for such legal claims, could rise if activists win some big cases.

“Environmental, social and governance [issues] are very much on the agenda of D&O underwriters,” with environmental concerns “a new and major issue,” said David Powell, head of technical underwriting at the Lloyd’s Market Association, which represents insurers in the market.

He added that underwriters were increasingly asking potential clients questions such as whether their net zero strategy had been independently reviewed. One major successful claim, or a series of smaller ones, could trigger a “pricing review” across the market, Powell said.

Angus Duncan, a D&O specialist at insurance broker Willis Towers Watson, said insurers were asking for more information about clients’ climate policies, and even discussing policy “enhancements” — amendment to the terms and scope of existing coverage.

“We’re seeing lots of talk,” Duncan said, adding a successful claim could have a significant impact: “One big case scares everybody.”

D&O insurance prices fell in the second quarter, but that was after four years of rises because of increasing litigation costs. Last year, UK politicians told the industry they were worried about the squeeze this was putting on corporate finances. Overall prices for commercial insurance continue to rise.

In May, the Bank of England warned that specialist D&O policies were especially exposed to climate-related litigation. Potential claims could relate to greenwashing, alleged breaches of fiduciary duties, and to the financing of emission heavy industries, the Bank said. Even if companies win legal challenges, D&O insurers typically cover the costs related to defending the case.

“If real-world cases led to payouts, the possible financial costs that could be borne by businesses or insurers are large,” said the BoE. That could impact the cost and availability of D&O cover, and have a “substantial impact on businesses”.

The growing environmental disclosure requirements for companies around the world has also increased the risk to businesses, said Terry FitzGerald, head of financial and professional liability at insurer Liberty Specialty Markets.

Companies are “beholden to those” disclosures, and could face legal action for any misstatements just like they could be liable for any false representations made to investors, said FitzGerald. They could also face legal action, further into the future, if they were to miss climate targets, he said.

Climate-related risks had become “a high profile global topic,” FitzGerald added. “It is being considered from an underwriting perspective now.”