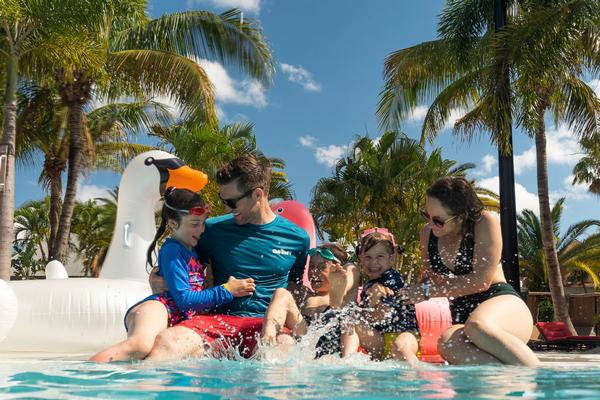 Club Med this weekend confirmed the rumors and speculation that swirled for months – it is selling its Club Med Sandpiper Bay property in Port St. Lucie on Florida’s east coast, roughly halfway between Daytona and Miami.

According to a release, the new owners are Altitude International Holdings, Inc., a development and hospitality group which plans to turn the property into a hotel and sports academy.

Club Med Sandpiper Bay has existed for more than 40 years and has often been referred to as “the local Club Med” since it draws so many nearby families.

“We’re incredibly grateful to the loyal travel advisor community that significantly contributed to the success of Club Med Sandpiper Bay. We look forward to continuing that relationship as they introduce clients to our global portfolio of resorts,” Carolyne Doyon, President and CEO of Club Med North America and the Caribbean, said in a statement. “As the pioneer of the all-inclusive concept for more than 70 years, we will continue to develop new destinations across the globe, including here in North America.”

Travel Advisors whose clients are currently booked for a Club Med Sandpiper Bay vacation following the September 5 closing date will be contacted by a member of the Club Med Sales team. Clients will have the option to either revise the dates of their stay, apply their reservation to another Club Med resort, request a future travel credit, or request a refund for the amount already paid on their stay.

The closing of Sandpiper Bay has been rumored for months. WPSF, an ABC TV affiliate in Florida, reported in July that Club Med sent official notification to the city of Port St. Lucie and officials at the state level in Tallahassee that it planned to close Sandpiper Bay and terminate 225 employees.

“It’s heartbreaking to see Club Med moving its operations out of Port St. Lucie, and our hearts go out to its employees. Club Med Sandpiper Bay’s all-inclusive resort was a one-of-a-kind family destination, and we are proud Club Med called Port St. Lucie home for so long,” Port St. Lucie Mayor Shannon Martin said in a statement. “We look forward to welcoming the new owners, Altitude International Holdings, Inc., which has a 40-year history of developing performance academies and operating in hospitality.”