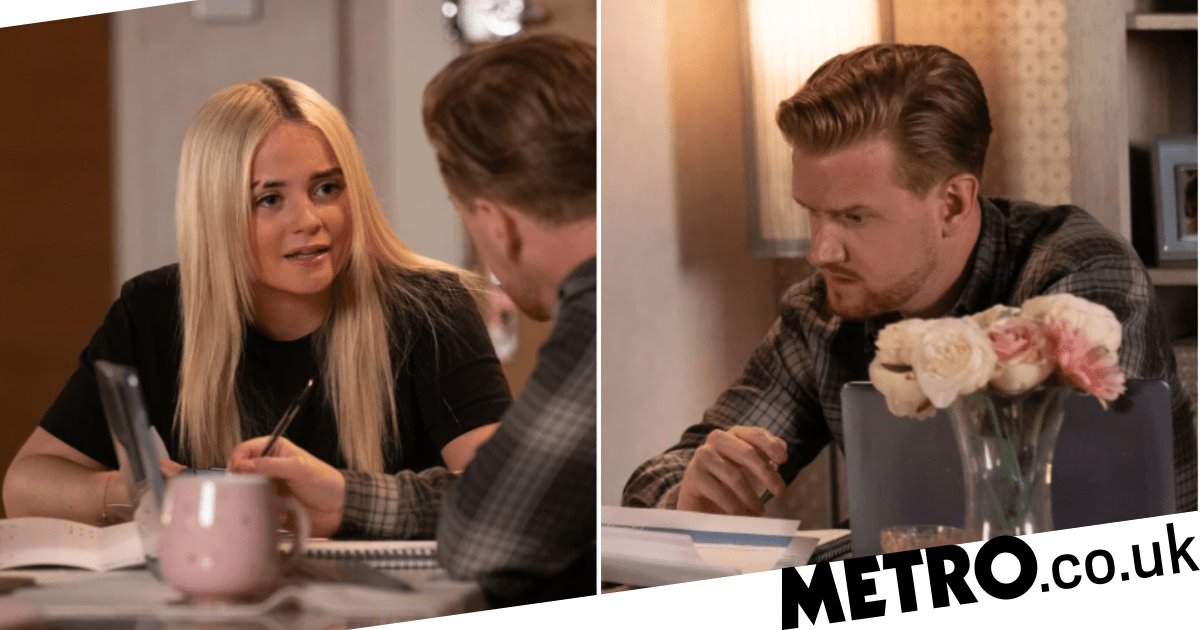 As Coronation Street prepares for the spectacular climax to Kelly Neelan (Millie Gibson)’s story, Mikey North – who plays Gary Windass – has been reflecting that this is the only way the story could have ended.

‘I think it was inevitable that this is the way it would end,’ Mikey says. ‘I’m just really happy that it’s sort of come full circle and we’re ending up where we began.’ He says that Kelly was always going to find out the shocking secret that Gary killed her dad, ‘It was just a case of when.’

The story arc over the time since Gary killed Rick Neelan has seen Gary’s character mature and mellow, in no small part thanks to Kelly’s presence in his life. As he discovers that she’s in huge danger from the thugs she hired to kill him when they take her to the roof of an abandoned mill, Mikey says Gary’s entire focus is now on Kelly.

‘He will happily go off the roof for that girl,’ he insists. ‘He genuinely would jump off if it meant saving her. That is his main aim. Whether he dies or not is of no consequence to him, he’s just looking to save Kelly. That’s how things play out.’

But will Gary make it out of this situation alive?

‘He’s got himself out of many a sticky situation down the years. I always say he’s like a cat with nine lives,’ Mikey says. ‘But this is getting pretty drastic now and I think the crux of it is when it’s his life at stake he always knew it would end like this.

‘When he finds out that Kelly’s involved he is willing to die for that girl.’