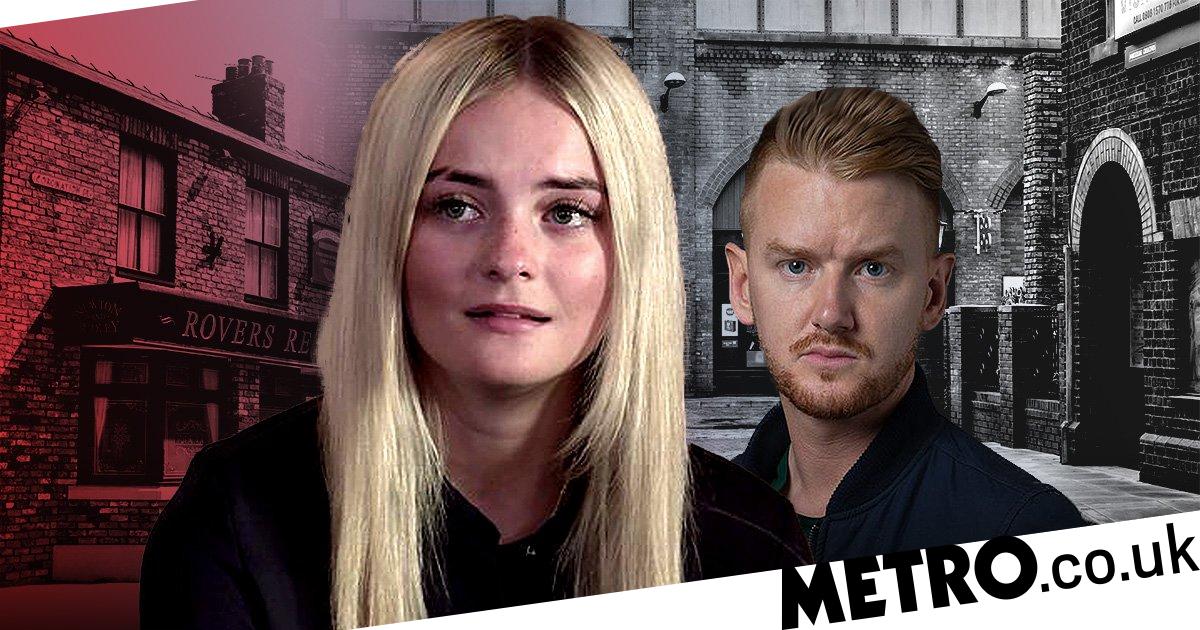 Next week’s Coronation Street features some visually incredible scenes, as the team have gone all -out to use the latest technology and some hair-raising stunts to achieve an unforgettable climax to Kelly Neelan (Millie Gibson)’s story.

Mikey North has been in the thick of the action as his character Gary Windass has a huge part to play in the episodes, and he couldn’t be happier with how they turned out.

‘This block of episodes has been the best block I’ve ever been involved with in 15 years here,’ he says.

‘We’ve had a bit of everything. We’ve been working with a thing called a volume wall and I think it’s the way all the Marvel films are shot now, things like The Mandalorian use this technology. So it’s completely new for us as actors, we’re working in a black studio and there’s nothing to really go on which is a new thing for us to have to deal with. It felt more like doing theatre than doing TV.’

As well as the techie wizardry, Mikey was also involved in a lot of stunts for the episodes.

‘We had stunts in the woods – there’s another fight with a shovel which obviously ties in with all the Rick stuff. I’ve had a bit of everything and it’s not one that I’ll forget in a hurry,’ he says.

Mikey loves doing stunts and says he’s lucky that Coronation Street are happy for him to do a lot of his own stunt work.

‘Obviously they feel that I’m able to get hit by a car or jump off a roof – I don’t know whether that’s a good thing or a bad thing!’ he laughs.

‘It’s one of my favourite parts of the job. I think I’m more of a frustrated stunt man than an actor. It’s something I always enjoy to get my teeth stuck into.’

It’s not without risks, though, as he reveals: ‘One of the baddy’s sidekicks in this storyline is actually an ex champion boxer and let me tell you, when he strangles you he’s not acting, he’s doing that for real.’