Differences, side effects, and dosage 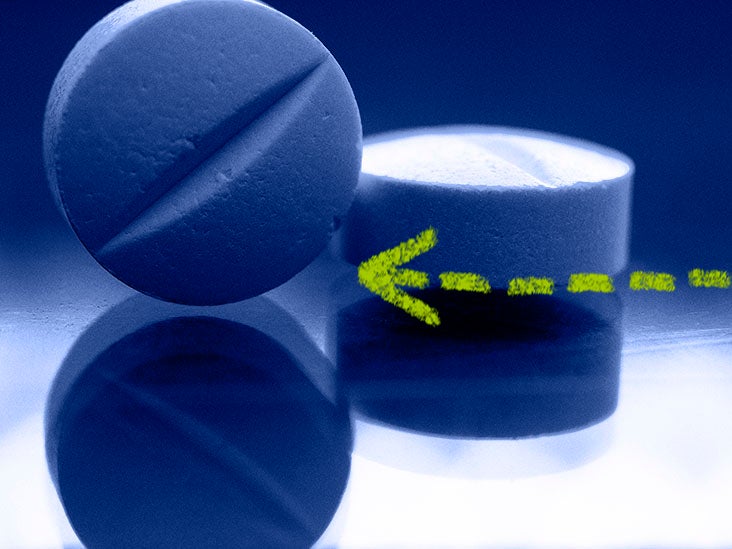 Concerta and Adderall are stimulant medications. A doctor may prescribe these drugs to someone with attention deficit hyperactivity disorder (ADHD) or narcolepsy.

Stimulants work by helping to regulate chemicals in a person’s brain that support thinking and paying attention.

Stimulants can have various side effects. However, they are generally safe and effective at treating the symptoms of ADHD.

This article looks at the differences between Concerta and Adderall, including their effects, dosage, and complications.

Concerta and Adderall are both stimulants, and they work in similar ways. However, they contain two different types of drugs.

Concerta is a brand name for the drug methylphenidate in an extended-release formulation. This means the drug is released over time. Methylphenidate is the same drug that is in Ritalin. However, Concerta releases over a longer period.

Adderall contains two drugs, which are amphetamine and dextroamphetamine. Adderall is available in extended-release and immediate-release forms.

Concerta and Adderall both come in tablet form. Adderall XR comes as a capsule. A person must swallow Concerta tablets whole for them to work properly. The tablets have a triple-release system that works in the following way:

A person can swallow Adderall XR capsules whole or open them and sprinkle them onto food. The beads inside Adderall XR release 50% of the medication immediately. The other 50% is extended-release.

According to the Centers for Disease Control and Prevention (CDC), around of children see an improvement in their ADHD symptoms when taking these drugs.

Learn the differences between Adderall and Concerta here.

A doctor may prescribe Concerta or Adderall to a person with ADHD as part of a comprehensive treatment plan for their ADHD. People can also use these medications to treat narcolepsy, a condition that causes a person to suddenly fall asleep.

The charity Children and Adults with Attention-Deficit/Hyperactivity Disorder (CHADD) states that a comprehensive treatment plan would typically include:

The CDC also notes that behavioral therapy is just as effective as medication for children under 6. Additionally, it is unclear what the long-term effects of ADHD medications on young children are.

Both Concert and Adderall can :

However, there are differences in how Concerta feels compared to Adderall.

People can feel the effects of Concerta after around 10–15 minutes. Adderall takes around 30–45 minutes to take effect.

Concerta wears off after 8–12 hours, whereas Adderall only lasts 3-4 hours.

Learn about the long-term effects of ADHD medications here.

There is little research into how Concerta and Adderall interact with each other. A doctor is unlikely to suggest that a person takes them together.

Concerta and Adderall work in similar ways, and a person may be more likely to have adverse side effects if they take both.

Concerta and Adderall are when a person takes them according to their doctor’s instructions. However, both can have significant side effects.

A examined the safety and effectiveness of common ADHD drugs.

The authors found that methylphenidate, the active ingredient in Concerta, was generally best for adolescents and children with ADHD. Amphetamines, such as Adderall, were generally the best for adults with ADHD.

However, the authors only looked at short-term effects on ADHD symptoms and short-term side effects. However, research from 2015 suggests that long-term use of stimulants should carry minimal risk.

The side effects of Concerta and Adderall can include:

Both Concerta and Adderall can cause serious complications. Rare side effects of both medications include:

If a person experiences any of these symptoms while taking Concerta or Adderall, they should contact their doctor.

Learn more about the side effects of Adderall here.

The dosage for Concerta and Adderall depends on a person’s individual needs. According to CHADD, a doctor may suggest a trial introduction of one of the drugs to monitor the effects.

Concerta comes in dosage strengths of:

Adderall XR is available in doses of:

Adderall can contain doses of:

A doctor may start by prescribing a small dosage of either medication. If the person tolerates the dosage but still experiences symptoms, the doctor may increase the dosage. This can continue until they find a balance between the effectiveness of the medication and minimizing any side effects.

A person should not take Concerta if they have:

The National Alliance on Mental Illness (NAMI) states that methylphenidate may have links with a rare increase in blood pressure and heart rate.

Amphetamines, such as Adderall, have a high potential for misuse. Taking high doses of Adderall can cause feelings of euphoria. However, misuse of Adderall can result in sudden death or a serious cardiovascular event.

Stimulants such as Concerta and Adderall can treat ADHD effectively, particularly when combined with behavioral therapies.

However, more research is necessary to understand the long-term effects of these medications.

A person needs to to have regular checkups with their doctor when they are taking Concerta or Adderall.