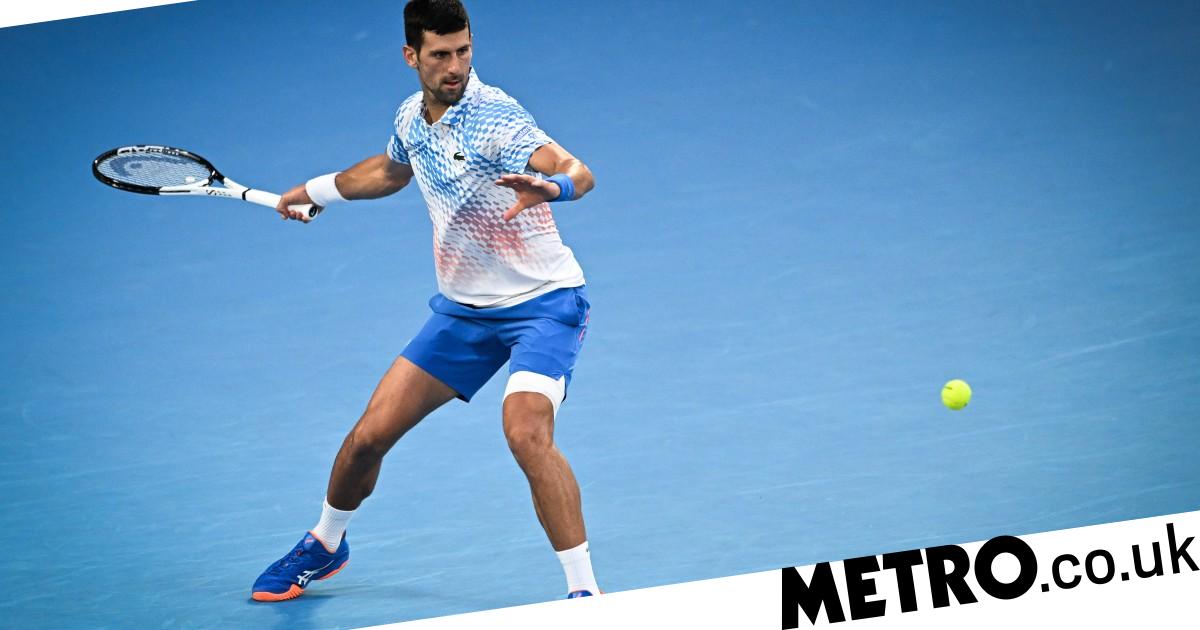 After endless debate and doubts surrounding his damaged left hamstring, Novak Djokovic is finally allowing himself to look ahead to a tenth Australian Open title after demolishing home favourite Alex De Minaur to reach the quarter-finals for the 13th time.

The 35-year-old’s injury has dominated discussions around his chances of triumphing again at Melbourne Park but for the first time during the tournament, there were no signs of discomfort as he romped to a 6-2, 6-1, 6-2 victory.

It was, though, a very uncomfortable evening for De Minaur – the last remaining home singles hope – on Rod Laver Arena as he was outplayed in all areas.

The 23-year-old tried his best to find a way into the contest but, with no big weapons, he was simply unable to hurt dominant Djokovic, who broke serve six times and did not face a single break point himself.

Fourth seed Djokovic said: ‘A week ago I didn’t really think about the title, I just thought about being in a  good enough condition to play the next match.

‘Tonight, the way I played, the way I felt, gives me reason now to believe that I can go all the way.’

On his hamstring, Djokovic added: ‘I didn’t feel anything today. Today was great. I thank my medical team, thank God, anybody that really helped me.

‘I don’t want to celebrate too early. I know things can change really quickly and I don’t take anything for granted. I’m really pleased with the way I moved today and the way I hit the ball.’

A shell-shocked De Minaur said: ‘I think what I experienced today was probably Novak very close to his best, I would say. To me, if that’s the level, I think he’s definitely the guy that’s going to take the title.’

Djokovic will next take on fifth seed Andrey Rublev, who won one of the matches of the tournament against 19-year-old Holger Rune.

The Dane arrived in Melbourne as the hottest young prospect in men’s tennis and looked set to reach his second grand-slam quarter-final. But he was unable to serve out the match in the fifth set, missed two match points on Rublev’s serve at 5-6 and then squandered a 5-0 lead in the deciding tie-break.