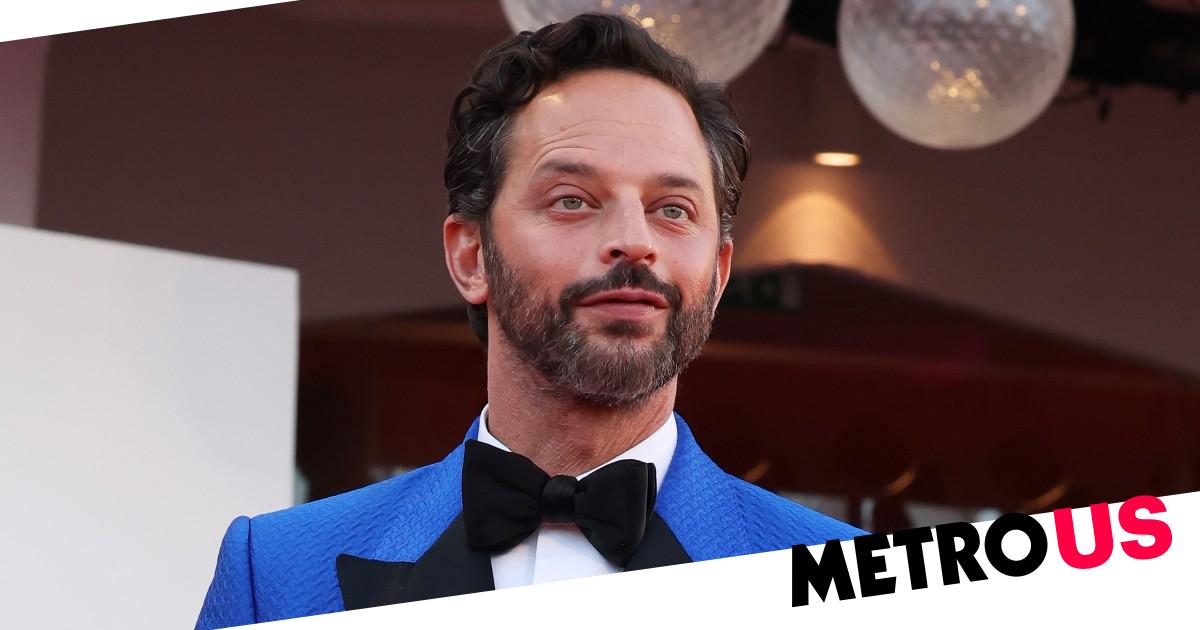 The drama surrounding Don’t Worry Darling is all that anyone can currently think about, but Nick Kroll has remained unfussed.

The 44-year-old, who plays Bill in the upcoming psychological thriller alongside Harry Styles and Florence Pugh, couldn’t help but make light of the reaction to his arrival at the Venice Film Festival premiere.

Taking to Instagram, he shared a hilarious video of his journey to the screening, beside co-star Sydney Chandler, as they drove past streets lined with screaming fans, eagerly peeking into the open window of the car.

Unfortunately, it seems that none of those cheers were for the pair, as they were largely blanked by those who had gathered to see a glimpse of their castmates instead.

‘Not who you want, ladies, sorry. Not us,’ the actor – who has previously starred in The League, Brooklyn Nine-Nine, Parks and Recreation and led his own program, The Kroll Show – could be heard narrating during the journey.

‘Not Harry, not Olivia, not Florence. Bye!’

‘I promise you, in very certain circles, we’re sort of…,’ her pal agreed.

Alongside the clip, Nick added: ‘POV: pulling up to the @dontworrydarlin premiere as just a supporting actor.’

Fans and famous pals heaped praise on the Sing actor for the video, with Tessa Thompson branding the clip ‘lolz’ while Katie Couric, Billy Eichner and John Legend commented with laughing emoji.

‘HOW DO YOU NOT KNOW WHO NICK KROLL IS,’ an Instagram user yelled.

‘Lol I’d be more excited to see you than the other cast members,’ another suggested.

‘Nick omfg,’ one said. ‘We’d all be losing our s**t if we were awkwardly staring into cars and found you, don’t worry.’

As a follower added: ‘“The faces of quiet disappointment” lololol.’

Don’t Worry Darling has been at the center of speculation after it was reported that Florence and Olivia clashed behind-the-scenes.

The Venice premiere did little to squash the speculation as the Midsommar actress skipped out on the press conference and just walked the red carpet.

She also didn’t appear to interact with Olivia or Harry Styles during the screening – with the latter finding himself in a spitgate drama of his own.

Florence finally spoke out about the flick on Instagram, posting a string of photos from the ceremony – but made sure to avoid any of the speculation that the thriller has been marred by.

‘I’m still taking it all in! Qwoaaar. What a moment this was? A massive congratulations to everyone standing on that carpet,’ she began. ‘We premiered in Venice! A huge wonderful win in itself.

‘I’d never been to Venice Film Festival before.. It was mega! The crowds! The cheers! The energy was incredible.

‘And to all the cast and crew who helped to make this movie, thank you for all of your hard work. We genuinely wouldn’t have been there without your talent and we appreciate it hugely.’

She made sure to tag her castmates, including Olivia, but saved a personal shout-out for Chris Pine.

‘I also just can’t help but post how bloody cute and hilarious Chris Pine is for being the no.1 photographer, getting down on white pressed trousered knees for angles..,’ she added.


MORE : S Club 7’s Jo O’Meara in hospital with ‘horrendous’ back pain but insists it won’t stop her ‘doing shows’