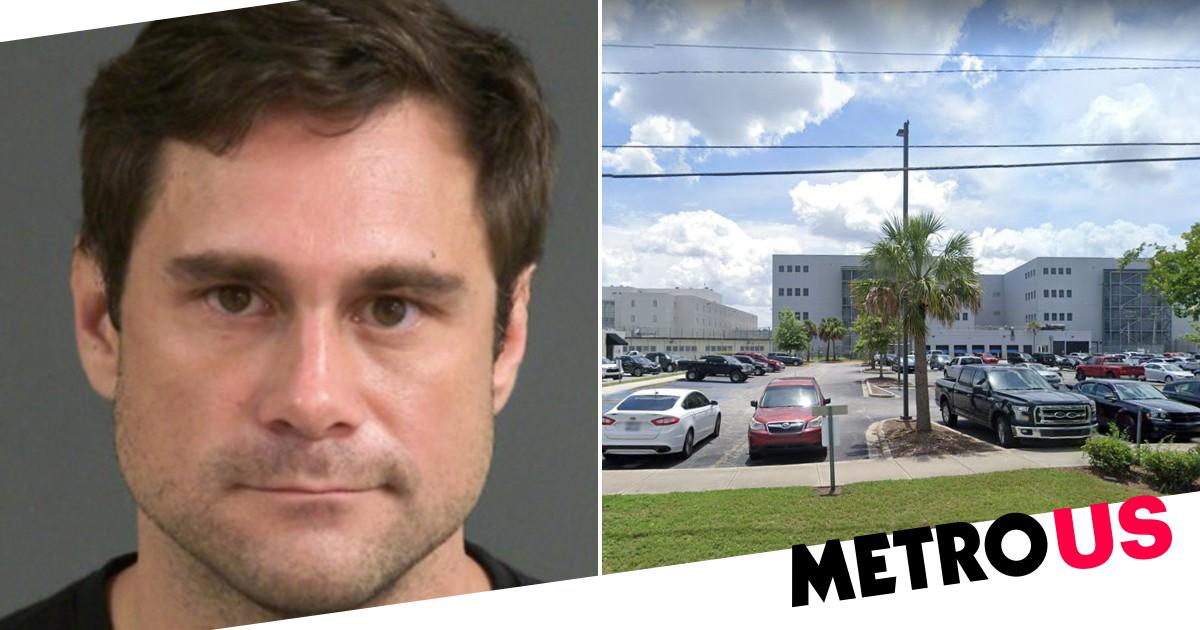 A man who was said he was drunk allegedly broke into his ex-girlfriend’s home and threw her deceased child’s ashes in the garbage.

Joseph Oberlies, 33, was captured on camera at 3am on Saturday approaching his ex-girlfriend’s residence, entering the security code and going inside, according to a report obtained by WCIV.

The footage showed Oberlies leaving the house in Mount Pleasant, South Carolina, minutes later, returning just after 4am and finally departing close to 8am.

Oberlies’ ex-girlfriend, who has not been named, told police that he threw some of the ashes of her deceased child with her ex-husband into the trash. She said that he also took a hammer to her flat screen TV.

The woman added that Oberlies would have not known that she and her children were not at home, and could have committed violent acts toward them if they had been there, the report states.

Oberlies initially told police he was in West Ashley at the time of the break-in. But once presented with video evidence, Oberlies claimed he was ‘blacked-out drunk’ and had no recollection of what he did.

He was arrested on Thursday and charged with destruction of human remains and first degree burglary. Oberlies was booked into the Al Cannon Detention Center in North Charleston the morning of his arrest and released that evening on a $60,000 bond.

Oberlies and the woman dated for a few months in the beginning of summer 2022. She reportedly trespassed Oberlies from the residence on August 23.

Police sent a warning to be on the lookout to the school that the woman’s other children attend, and upped patrols.

Oberlies was out on bond for a prior arrest on August 5, for which he faces first-degree and battery charges, jail records show. The incident was strikingly similar – Oberlies allegedly broke into the house of another ex-girlfriend and stabbed her.