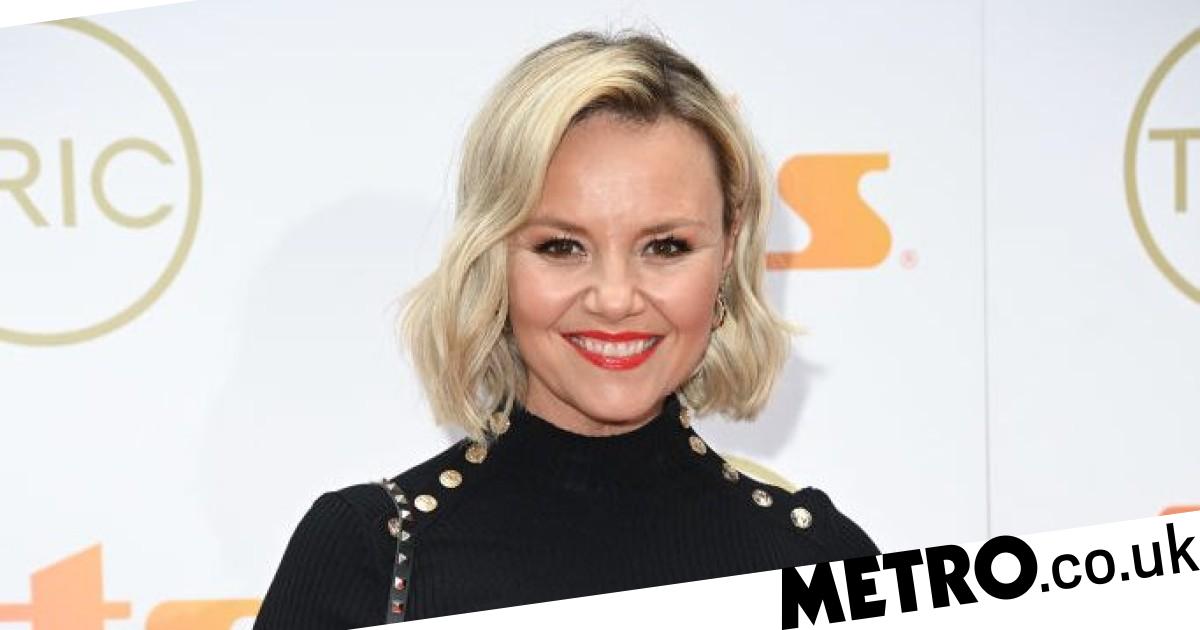 The actress, who played Janine Butcher in the BBC One soap, appeared on This Morning to discuss the new venture, which she said has been four years in the making.

‘I got approached on my 40th birthday and I felt like my life was standing still,’ she told to hosts Holly Willoughby and Phillip Schofield.

‘As an actress, you can spend a lot of time uninspired, so I got a business coach and I gave up booze. I made a lot of changes in my life, did a bit of work on myself. I started to have ideas, creativity was starting to flow out of me.

‘I remembered having a conversation with somebody about seven or eight years ago about the shape of the clitoris, which I didn’t know is in the shape of a wishbone.

‘So that must have stuck with me on some level and I was like, how have we never had this – for me anyway – that education at school.

‘It’s Called The U. And it’s all about U’ she wrote on Instagram, revealing a little more about the product. ‘It’s won a f***** award! It has new tech, Jacqueline Gold of Ann Summers has backed me and I couldn’t be more grateful and proud.

‘It’s about a somebody who wants to see what else they can do, battle through their own fear and self doubt, be curious and learn more about their self, body and mind.’

Charlie, who wowed fans with a new hair transformation, made her final appearance in EastEnders on Boxing Day last year, after Janine was arrested and carted away in a police vehicle for her role in framing Linda (Kellie Bright) for a serious car accident, which took place earlier in the year.

EastEnders airs Mondays to Thursdays at 7:30pm on BBC One.


MORE : Danny Dyer filmed final EastEnders scenes in tank of broccoli juice and we have questions

Who has left Dancing on Ice 2023? Full list of eliminated celebrities

Why does noisy kissing gross us out? An expert shares what to know