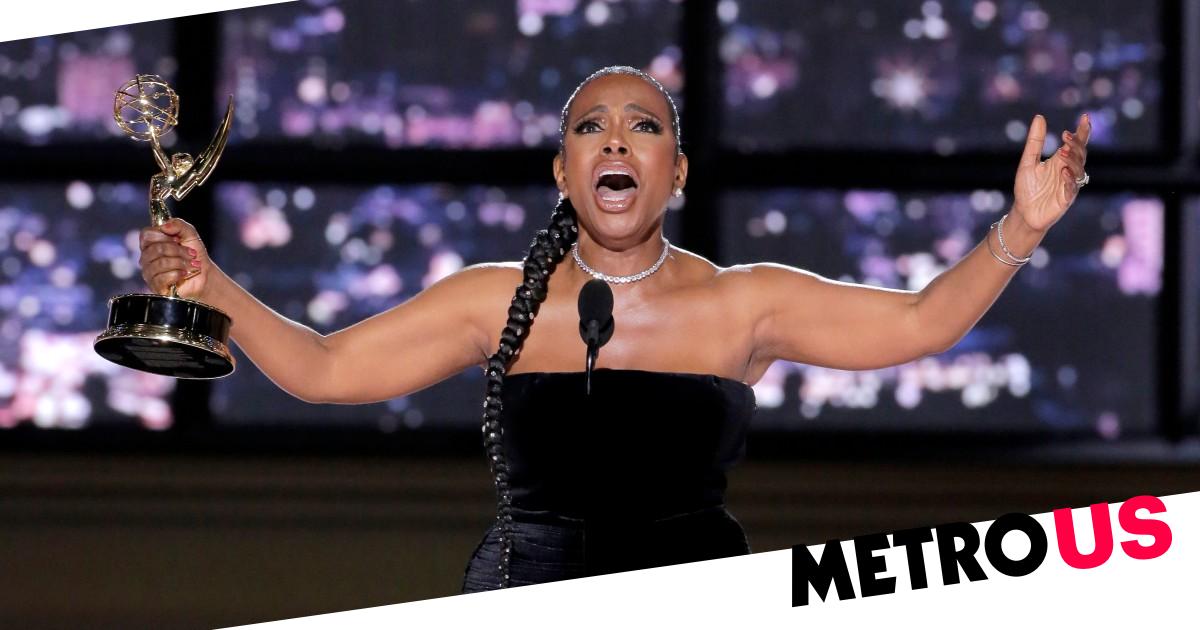 Sheryl Lee Ralph totally stole the show with an incredibly rousing speech, at the Emmy Awards 2022 after winning a trophy for her role in Abbott Elementary.

The 65-year-old, who plays Barbara Howard in the hugely popular program, was awarded with the outstanding supporting actress in a comedy series gong at the Microsoft Theatre, in LA, on Monday night.

Taking to the stage to accept the award, she offered up a stirring rendition of Dianne Reeves’ Endangered Species.

‘I am an endangered species, but I sing no victim song. I am a woman, I am an artist. And I know where my voice belongs,’ she belted out to rapturous applause and a standing ovation from the audience.

Sheryl then said: ‘To anyone who has ever, ever had a dream and thought your dream wasn’t, wouldn’t, couldn’t come true. I am here to tell you that this is what believing looks like.

‘This is what striving looks like. And don’t you ever, ever give up on you.

Abbott Elementary first premiered in 2021 and has gone on to become a firm favorite of the TV guide.

It follows the teaching staff at the fictional Abbott Elementary as they contend with unruly children, continuous budget cuts and each other.

Speaking about the role on the red carpet, Sheryl confessed that she had no idea how popular her character would become.

‘Believe it or not I didn’t sink my teeth in at all,’ she told People Magazine. ‘I was just doing my job because I thought that I was going to be there collecting a check.

‘I had no idea that people would see the subtleties in the work, they miss the layers that you put in sometimes as an actor, and they saw it all.’

Recalling advice former co-star Robert De Niro once gave her, she added: ‘In between shots he looked at me and he said you are great – you’re a damn good actress but Hollywood is not looking for you.

‘They’re not looking for the black girls so you better wave that red flag and let them know you’re here because you deserve to be seen.

‘Thirty years later I am seen with my Emmy nomination.’

Well, you can officially clear space in your trophy cabinet now, Sheryl.