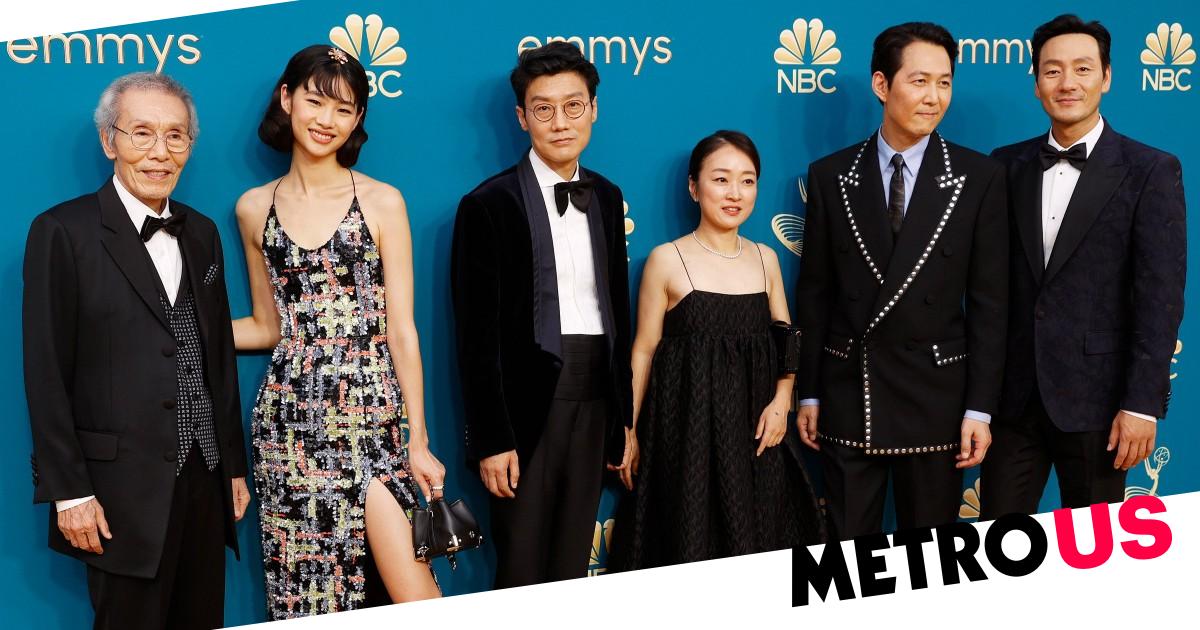 The Squid Game cast have reunited on the red carpet at the Emmy Awards 2022, after a hugely successful breakthrough season.

The Netflix series landed on the streaming platform last year and was all anyone could talk about, racking up millions of viewers around the world.

The program made history ahead of this year’s ceremony, becoming the first-ever non-English language series to be nominated in the outstanding drama category.

HoYeon Jung and Lee Jung-jae were among those who rocked up to the Microsoft Theatre, in Los Angeles, to celebrate the honor, hoping to take home many of the trophies up for grabs.

Side note: We’re going to need this in our wardrobe immediately.

Squid Game saw desperate, cash-strapped contestants pitted against each other in violent reinterpretations of childhood games.

Fans around the world tuned in in droves to watch the brutal series, breaking streaming records on Netflix.

It has been tipped for a string of awards at tonight’s ceremony – including outstanding drama series, lead actor for Lee, supporting actor for both Park Hae-soo and Oh Yeong-su, and supporting actress for HoYeon.

‘We’ve been nominated many times in various categories so I’m very happy that almost all of our team is here today,’ HoYeon told E! News of the history-making nominations.

‘That makes me even more happy.’

‘I still can’t believe it, it hasn’t sunk in yet but I’m just going to try and enjoy today and really cherish the moment,’ her co-star added.

Season two is officially on the way, with Dong-hyuk making progress on the upcoming episodes.

‘It feels like [Dong-hyuk] is really struggling to write the script,’ Lee previously shared on the next series. ‘I actually wanted to ask director Hwang about it too’.

‘When there’s this present that you want… you’re waiting for that [and] you’re so excited to get it, you don’t want to have it little by little.’


MORE : R Kelly juror ‘suffers panic attack’ amid closing arguments before being excused: ‘She can’t go on one minute more’

Australian Open 2023: Nick Kyrgios claims he will retire if he wins it