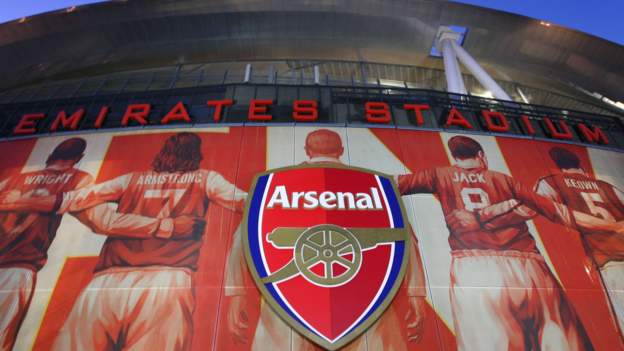 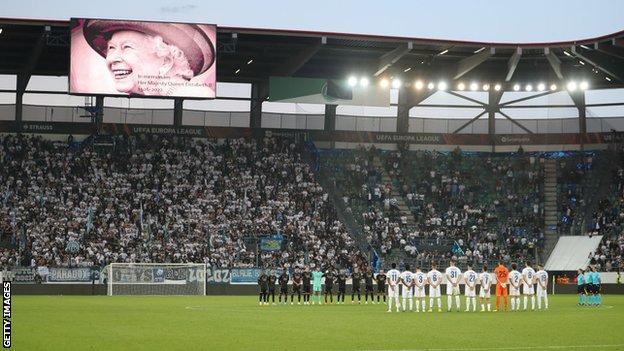 Arsenal’s Europa League tie with PSV Eindhoven has been postponed because of “severe limitations on police resources” following the death of Queen Elizabeth II.

The match was due to take place at Emirates Stadium on Thursday.

Uefa said a new date for the match would be communicated in due course.

European football governing body Uefa is satisfied all security needs around the game will be met at Stamford Bridge.

Around 3,000 PSV fans were expected at the match.

A Uefa statement announcing the postponement, said: “This is due to the severe limitations on police resources and organisational issues related to the ongoing events surrounding the national mourning for Her Majesty Queen Elizabeth II.”

On Monday, it was announced that English Football League fixtures will return from Tuesday after football paused as a mark of respect following the Queen’s death.

Tributes will be paid to the Queen – who died on Thursday – at grounds, with a minute’s silence to be held before matches and the national anthem played.

Black armbands will be worn and flags will be flown at half-mast.

All English, Welsh and Northern Irish football and senior Scottish football was postponed over the weekend.

National League fixtures will go ahead from Monday, but the Premier League is yet to make an announcement about the games to be played between 16 and 18 September.

In a statement, the EFL said it would “continue to work with forces in respect of any challenges that may emerge regarding policing of specific fixtures”.

It added: “Consideration to individual circumstances will be made on a case-by-case basis, in line with standard match Safety Advisory Group protocols.”

There are six Championship fixtures scheduled for Tuesday, alongside full programmes in League One and League Two. There are then six more Championship matches on Wednesday.

Policing games could be a factor in decisions if forces are redeployed to London before the Queen’s state funeral on Monday, 19 September.

On Sunday, a spokesperson for the National Police Chiefs Council said: “UK Policing is working closely with other organisations to ensure events are held safely and with the appropriate security.

“Following the decisions of the Premier League and English Football League to cancel this weekend’s matches, we will work with football clubs to try and ensure that, where possible, football fixtures can take place safely when balanced against the requirement to support national events and deliver day-to-day policing.

“This is a unique situation and we are working closely with everyone involved.”

On Monday, the Football Association (FA) confirmed the Women’s Super League and Women’s Championship – due to start last weekend – would take place as scheduled, as well as grassroots football.

In a statement, the FA said: “All matches held at stadiums are subject to leagues and clubs working with the relevant authorities to stage these fixtures, as usual practice.

“We will be recommending to clubs, leagues and competitions across the country that a minute’s silence is observed before matches are played, and that black armbands should be worn where possible.”

The FA also confirmed that all scheduled matches on 19 September – the day of the Queen’s funeral – will be postponed.

What about other European fixtures?

Uefa has already moved Rangers’ Champions League home game against Napoli from Tuesday to Wednesday, “due to the severe limitations on police resources and organisational issues related to the ongoing events surrounding the national mourning for Her Majesty Queen Elizabeth II”.

Meanwhile, Tottenham have confirmed their Champions League game away to Sporting Lisbon on Tuesday is “going ahead as planned”, while Liverpool are hosting Ajax at Anfield on the same day and Celtic travel to Poland to face Shakhtar Donetsk on Wednesday.

Manchester City’s Champions League home game with Borussia Dortmund on Wednesday is due to go ahead, as is Manchester United’s Europa League game with Sheriff Tiraspol in Moldova on Thursday.

In the Europa Conference League, West Ham are away to Danish side Silkeborg on Thursday, while Hearts travel to Latvian side Rigas Futbola Skola.