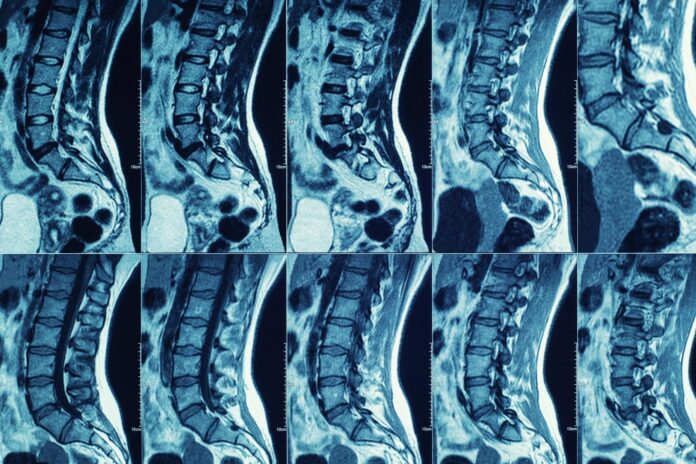 Aug. 26, 2022 – Preethi Srinivasan was an 18-year-old with a bright future in sports and academics. A state-level medalist in swimming, she was also a proficient cricket player and dreamed of representing her native India in cricket.

Her academic achievements were equally stellar, and she was enrolled in a 5-year MBA course in Chennai, India. “My life was perfect, and the possibilities seemed infinite,” she says in an interview.

Srinivasan was on a college trip with friends at the ocean. She was standing in thigh-deep water when the sand under her feet gave way and she stumbled. As a seasoned swimmer, when she realized she was falling, she dived into the water.

“As soon as my face went underwater, I felt a shock-like sensation travel through my body and instantaneously, I could not move anything” Srinivasan recounts. “I tried to stand, but nothing happened.” From that moment, she was paralyzed below the neck.

“My life as I knew it was over, but a whole new life was beginning,” she says. “I just didn’t know yet what form that would take.”

The Serenity to Accept

Annually, there are an estimated 17,730 new spinal cord injuries in the U.S. and 250,000 to 500,000 worldwide. The U.S. Senate has designated September as National Spinal Cord Injury Awareness Month.

People who have a spinal cord injury confront not only practical, medical, and financial challenges, but also the feeling that their lives have been permanently upended, according to Rex Marco, MD, chief medical ambassador for the Christopher & Dana Reeve Foundation. This can lead to a sense of despair and loss of meaning.

Marco himself had a spinal cord injury that paralyzed him when he was in his 50s. He had been a nationally renowned spinal surgeon and musculoskeletal oncologist as well as an active snowboarder, mountain biker, and yoga practitioner.

All of that changed when the tire of his mountain bike stalled in a dip along a trail, catapulting him headfirst over the handlebars. He heard a crack but felt no pain. He knew that if the cracking sound came from his neck, he could be paralyzed.

“I had been doing breathing exercises to find calm for several years. In that moment, I used them to calm myself,” he says.

When a friend touched his leg and hand and he couldn’t feel the touch, he realized he had broken his neck.

“I knew there was less than 5% chance I’d ever walk again. I may never operate again, and I may never hold my unborn child.” Marco also knew he had to get to a hospital as soon as possible, so he helped coordinate his rescue and arrived at the hospital and then the operating room within less than 3 hours, which he describes as “miraculous.”

He considers himself fortunate that he never despaired because he had already been using practices that deepened his sense of meaning and he drew upon them after his accident.

“I knew it was important for me to do my best to live in the present moment and not dwell on the past or worry about the future; just try to smell and taste and listen and feel. I did that throughout the day and tried to be as present as possible.”

After her accident, Srinivasan at first did fall into despair. “I didn’t cope well with what had happened and tried to escape this new reality any way that I could,” she says.

She felt an acute sense of loss. “For the first 18 years of my life, I had effortlessly excelled in every area, and the future seemed to be brimming with infinite potential,” she says. “Then, in just a split second, it was all over, and I found myself having to come to terms with life in a wheelchair.”

What was especially painful was how others treated her. “I had been looked up to all my life, seen as a role model and hero, and now suddenly people looked down on me as if I ceased to exist. I couldn’t bear it. I felt invisible and invalidated and tried to shut myself away for 2 years.”

She wondered what she could have done to deserve such a fate. “I was shattered. Who was I? I didn’t know, and I didn’t want to know. I just wanted to die.”

Her parents’ unconditional love and wisdom slowly brought her out and gave her a deeper understanding of life. Srinivasan’s father advised her not to ask, “Why me? Why did this happen to me?” Instead, he advised asking, “Why not me?”

He encouraged Srinivasan to use her injury as an opportunity. “Your body is going,” he told her. “Everyone’s body is going – if not today, then 10 years from today, and if not 10 years, then 50 years. Look within and find that within you which can never be taken away, which can never go.”

It was the beginning of a profound inner journey. Srinivasan began expressing herself through mouth paintings. “Slowly, I started feeling passionate about life again,” she says. “My parents gave me a beautiful spiritual lineage, and through grace, I started healing from within.”

‘There Is a Plan for Me’

Several weeks before the accident, Marco had started a practice of beginning the day with listing three things he’s grateful for, three things he’s excited about, a daily focus, a daily affirmation, and a daily exercise plan. He placed this practice into his new reality.

“I felt grateful for life, grateful for my breath, and grateful for my recovery program,” he says. “I felt excited to see my family, my friends, and my caregivers. My daily affirmation was, ‘I am enough,’ and my daily exercise plan was to get out of bed and into the chair.” At night, when he couldn’t sleep well, the nurses played a guided meditation for him.

“These practices gave me meaning and purpose, and I knew there was and there is a plan for me, although I wasn’t sure what the plan was,” he says.

Ultimately, Marco became involved with the Christopher & Dana Reeve Foundation. “Christopher Reeve was a childhood hero of mine, and I watched him play Superman,” Marco says. “I remember the day he got injured, and I remember his appearance at the Oscars when he was on a ventilator, which was so inspirational to me.”

Marco remembered that speech when he was in the intensive care unit. “I knew I wanted to do something that he did, which was try to find a cure and raise money for spinal cord injury research, which is part of my role in the foundation, as well as increasing mental health awareness, and introducing more people to mindfulness and mindfulness-based meditation.”

When Srinivasan’s father was alive, he “took care of everything,” allowing her and her mother to be in a “bubble of safety, insulated and isolated.” But after his sudden death of cardiac arrest in 2007, there was no source of financial support. Some years later, her mother had cardiac bypass surgery.

“We began to wonder what would happen to me if my mother could no longer take care of me, and we began to look for long-term care facilities in India that were equipped to care for a person in my condition,” Srinivasan says.

She was “shocked” to find out that, throughout all of India, there wasn’t a single long-term care facility where a person with a spinal cord injury (SCI) could live with dignity. “So if the parents or family of a woman in my condition is unable to care for her, there’s nowhere to go,” she says.

She started to hear horrifying stories “Family members of women with SCI often think of a disabled daughter as shameful and refuse to feed or care for her. Two families even provided their daughters with poison and encouraged them to kill themselves.”

The lack of support for people with spinal cord injuries led Srinivasan to found Soulfree, an organization dedicated to creating long-term care centers around India that are equipped to care for those with severe disabilities permanently and ensure they will be trained for jobs and financial security, she says.

In addition to her work with Soulfree, Srinivasan is a motivational speaker, holds a master’s degree in psychology, and is and a senior research fellow pursuing her PhD at the Indian Institute of Technology in Madras.

“I know I’m being kept alive on this earth for some greater purpose,” she says. “I’m content in being fully alive in this moment and trying to spread love, light, and laughter in this world.”

Research shows that people who have supportive family, friends, and community and a spiritual connection have an easier time dealing with the challenges of finding new identity, meaning, and purpose after a spinal cord injury.

The Christopher & Dana Reeve Foundation’s National Paralysis Resource Center offers free resources about living with paralysis, including a blog in which people with spinal cord injuries describe how they found meaning after their accident. Getting psychotherapy or becoming involved with a support group (in-person or online) or peer counseling, such as through the Foundation’s Peer and Family Support Program, can also help.

More resources and suggestions can be found at: