Five signs a friend is struggling with their mental health 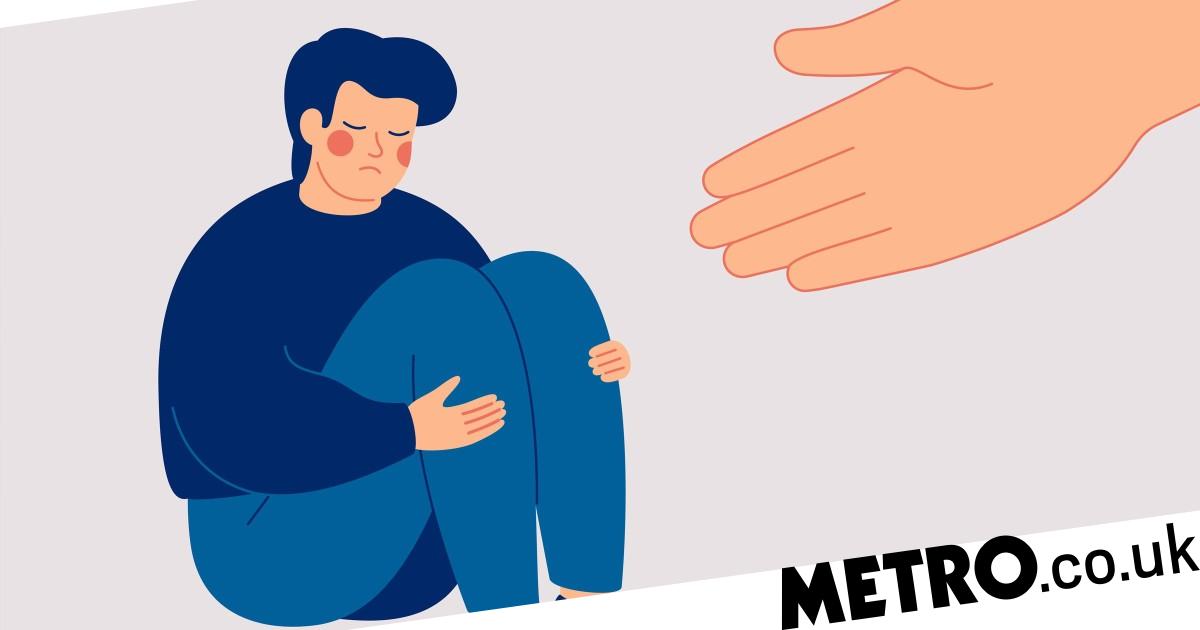 Over the last few years, the shame around mental health, and talking about it, has begun to melt.

But with men still more likely than women to die by suicide, it’s clear that there’s an imbalance between who is feeling the impact of the residual stigma.

Men are much more likely to ignore their own mental health, which has been called a ‘ticking time bomb’ by experts, which is why it’s vital that a conscious effort is made to notice when our friends aren’t acting like themselves.

Five signs a mate is struggling with their mental health

‘The small action of checking in with a friend who may be struggling can often be a very large helping hand,’ Debbie Longsdale, Therapy Services Director at Priory Healthcare, speaking on behalf of leading global mental health app My Possible Self, tells Metro.co.uk.

‘The issue some face though, is that with so many men not naturally asking for support, it can be difficult to know when a friend may need that check in.’

Here are five signs that you should check in with a friend who might be struggling.

If someone has a shorter fuse than usual and jokes aren’t landing as well as they usually would, it might be a sign that they’re struggling with their mental health.

‘If someone cannot find the right words or does not quite know how to communicate them, frustration can translate as anger,’ says Debbie.

‘While anger can be quite a difficult emotion to deal with in a friend, through unpacking it and asking helpful questions to understand more, it may help identify the root of someone’s frustration.’

Debbie says it’s important not to respond with anger, even though this can be difficult.

‘Instead, try to help your friend communicate what is truly bothering them and use it to open up the conversation.’

Debbie suggests recommending online resources, such as My Possible Self, to help take positive steps towards opening up.

‘Flagging resources such as this when the time is right may help the individual with elements such as better putting their thoughts and feelings into words or other helpful ways,’ she says.

‘Withdrawal is quite a predictable response from someone who is slipping into depression, or anxiety, and can be a common symptom with men who are often competitive and want to feel strong and in control,’ says Debbie.

If you notice that a friend is less willing to socialise than usual, or you just haven’t heard from them in a while, it might be a good idea to check in and see how they are.

‘Mental health struggles can be extremely draining, with many struggling with even the daily tasks of getting up, showering and eating,’ says Debbie. ‘This lethargy can transfer over into social plans.’

Even a phone call or Whatsapp message can help, especially because they evade the pressure of needing to get ready and leave the house.

A one-on-one walk can also be a good idea as, Debbie says, group plans can be overwhelming and ‘there’s not as much pressure to make eye contact while walking, which can often help men open up.’

Increased drug and alcohol consumption can be a sign that somebody is looking for escapism, something Debbie says is common among men struggling with their mental health.

‘If you spot that a mate has been drinking more than they normally would, particularly if they’re doing so in a non-social setting, it could be worth checking in with them to make sure they are okay,’ she says.

‘For some, this can lead to struggles with dependency and addiction, which can begin to spiral into further health issues.’

If you do decide to raise the issue with a friend, Debbie says it’s important not to be too confrontational and avoid using words like ‘alcoholic’ or ‘addict’.

‘Raising the issue could cause the person to feel embarrassed and react defensively,’ she says.

‘Choose a moment when they’re relaxed to ask how they’re doing and, more importantly, don’t bring it up while either of you are under the influence.’

‘Societal norms and expectation, for example, needing to be seen as the breadwinner often create stress and pressure among men which can disrupt routine,’ explains Debbie.

If you notice your friend is sleeping in later, or not sleeping as much, it’s a good idea to check in with them.

‘Men who are struggling with a busy or anxious mind often have real issues getting to sleep,’ says Debbie.

‘It’s a bit of a vicious cycle too as it can lead to sleep deprivation, which is really difficult for our brains to handle and can exacerbate mental health issues.

‘If a friend is mentioning they’re struggling to sleep or they consistently seem tired, then opening a dialogue with them about how they’re getting on is a great place to start.’

Depression, anxiety and other mental health problems can affect the way you eat – as Debbie says, appetite and digestive problems are common markers of mental health struggles.

‘This can go both ways as some may begin binge eating to find comfort, while others may begin to eat less,’ she says.

‘If you do spot a change in what is standard for a friend, then try asking more broadly how they’re getting on.’

My Possible Self is a free NHS endorsed global mental health app which provides holistic and engaging tools to support and improve the mental wellbeing of all, inclusive of a guided ‘Men’s mental health’ series. To find out more, visit www.mypossibleself.com.

For this year’s World Suicide Prevention Day, Metro.co.uk have teamed up with Samaritans to share stories and awareness.

As the UK’s leading suicide prevention charity, their aim is to encourage people not to be afraid to talk about suicidal thoughts and feelings if they are worried about someone.

‘Suicide can be seen as a taboo subject, so it is important people know it is OK to ask things like, “are you feeling suicidal?” as it helps the topic of suicide enter conversations more,’ says Samaritans CEO Julie Bentley.

Research has shown that asking someone if they’re suicidal won’t make things worse – it could even protect them. You can find advice and support on how to start a conversation about suicidal thoughts here.


MORE : ‘Not a miracle cure’: GPs explain everything to know about prescribing exercise for mental health

Daily horoscope for December 20 2022 – forecast for all star signs