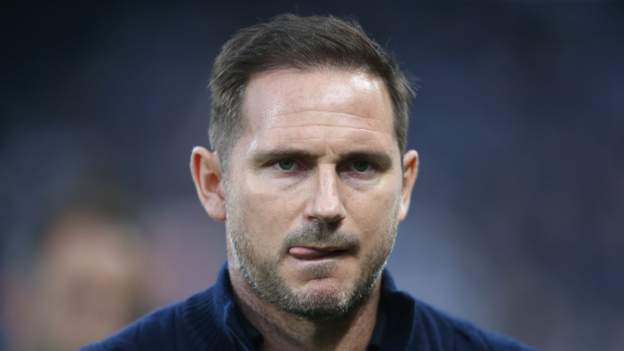 Everton have sacked manager Frank Lampard after less than a year in charge at Goodison Park.

They are second from bottom of the table with 15 points from 20 matches, above Southampton on goal difference.

Everton are now looking for their sixth permanent manager in five years.

After a 1-1 draw at reigning champions Manchester City on 31 December, Everton have lost 4-1 to Brighton at Goodison Park, were knocked out of the FA Cup with a 3-1 defeat at Manchester United and were then beaten by Southampton despite taking the lead, before the latest defeat by West Ham.

They have managed only three wins all season.

There have been widespread and vocal protests from fans against the board in recent games, and supporters staged a sit-in demonstration after the loss to Southampton.

Everton’s board of directors missed that game because of what the club claimed was a “real and credible threat to their safety”.

Merseyside Police said no threats or incidents had been reported to officers prior to the fixture before Everton announced “enhanced security procedures” would be put in place.

That was also in response to some supporters confronting defender Yerry Mina and midfielder Anthony Gordon as they left Goodison Park in their cars last weekend.

Everton owner Farhad Moshiri attended his first game in 14 months at West Ham, along with much-criticised long-serving chairman Bill Kenwright. Moshiri suggested, when questioned by Sky Sports at the game, that it was not down to him decide on Lampard’s future.

The club are yet to sign anyone in the January transfer window but spent in excess of £80m in the summer, including the £33m signing of Amadou Onana from Lille and £20m purchase of Dwight McNeil from Burnley, after receiving £60m for Brazil forward Richarlison from Tottenham.

Lampard took his first steps in management with Derby in 2018. In his one season in charge, they reached the Championship play-off final, where they lost to Aston Villa.

He replaced Maurizio Sarri as Chelsea manager in July 2019, but was sacked after 18 months.

Lampard took over at Goodison with Everton 16th in the table, six points above the relegation zone.

Everton had 10 defeats in the remaining 18 games of the season, but secured their survival with a 3-2 comeback victory against Crystal Palace on what Lampard called “one of the greatest nights” of his career.

As a player, Lampard made 648 appearances and won 11 major trophies during 13 seasons with Chelsea after joining from boyhood club West Ham in 2001.

He left Stamford Bridge in June 2014 as the club’s all-time leading scorer with 211 goals and had stints at Manchester City and New York City before ending his 21-year professional playing career in 2017.