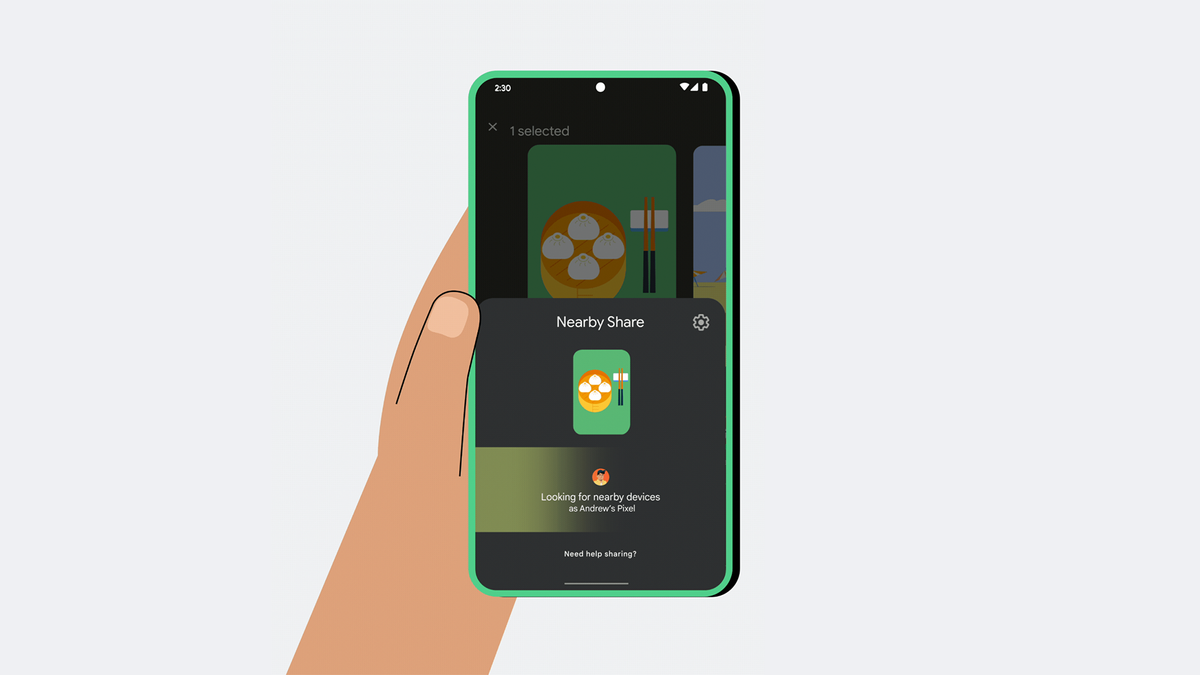 Google has announced a bunch of updates to its suite of Android and ChromeOS products, but an update to Nearby Share looks to be the star of the show.

Introduced earlier this year alongside Android 13, this is Google’s take on Apple’s AirDrop feature, which allows you to send files and media to other devices, including your own.

For this new update, it’s allowing you to send files automatically without a prompt, so if you’ve got a lot of photos to send at once for example, it will queue up and send to the device you’ve picked without you having to approve it again and again.

Across the board updates

A new Google Drive widget now includes your Google Docs, Google Slides and Google Sheets files in one place, so you can reach these without having to go into the app.

There’s also a fun feature in Gboard, Google’s keyboard. You can type out a phrase, and when you select ‘Emojify’, it will translate the phrase into emojis.

Finally, you’ll be able to watch YouTube videos within a Google Meet call, similar to Apple’s SharePlay feature that debuted in 2021. If you’re in a call, you can go to settings, select ‘YouTube’, and you can select any video you wish, which will start playing for everyone in the call.

However, the other standout to me is accessibility improvements for Google’s operating systems across the board, from Android to Google TV.

If a fire alarm rings, for example, you’ll receive a notification on Android about it, where the flashlight on your device will light up, or a unique set of vibrations will occur to help those who are hearing impaired.

Accessibility improvements are also coming in the form of audio descriptions on Google TV, so for someone who is hearing impaired, there will be a set of subtitles stating exactly what’s going on during whatever you may be watching.

These are all being rolled out in the coming weeks, and all are useful features that could bring some fun to the daily meetings at your workplace, or just because you want to send across some emoji for no reason to your partner. It’s encouraging to see Google further improve its efforts with accessibility as well, but there’s plenty more to be done in this area in the company, especially regarding wearOS and ChromeOS.