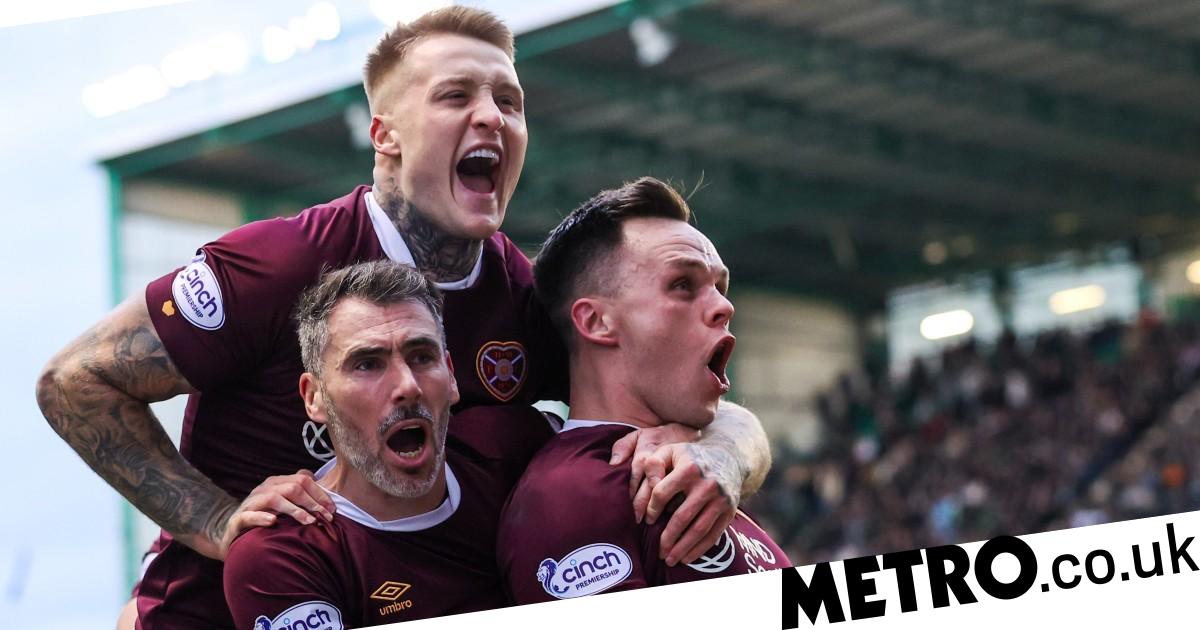 Robbie Nielson backed Lawrence Shankland to score 30 goals after he became the first Hearts player to hit 20 in a season for 31 years.

The Jambos skipper notched his side’s second goal in their 3-0 Scottish Cup fourth-round win over Hibs. They will now face Hamilton away in the fifth round, while holders Rangers will host Partick Thistle at Ibrox.

And manager Neilson revealed that the club’s record scorer John Robertson, the last man to score 20 in a season for the Tynecastle club back in 1991-92, messaged him at full-time to ask for Shankland’s phone number. ‘Brilliant for him,’

Neilson said when asked about Shankland’s feat. ‘The first guy to text me was Robbo, looking for Shanks’ number. Whether that’s to congratulate or warn him, I don’t know! We’ll see. It’s 31 years since someone hit 20 and that shows how hard it is. Can he get to 30?’

Josh Ginnelly and Toby Sibbick were Hearts’ other scorers but Neilson knew his side were not at their best despite the emphatic scoreline. ‘Getting through is the main thing,’ he said. ‘Performance-wise, 3-0 potentially flattered us a wee bit.’

Hibs manager Lee Johnson fears defender Rocky Bushiri may have broken his leg after he was carried off following a challenge with Cammy Devlin in stoppage time.

‘Touch wood he hasn’t broken his leg but it certainly looked like that from the challenge,’ Johnson said.

Johnson felt his side – who have now lost ten of their last 14 matches – contributed plenty to the game but he conceded Hearts were simply far more ‘clinical’ up front. He added: ‘Very tough. We’re disappointed. The boys have worked their socks off and we’ve conceded three and not scored.

‘Large portions of the game we controlled and we had good efforts on goal. In the end, they’ve been more clinical in the final third and defensively more stout than us.

‘We’re not hiding from the fact that there’s a lot to do. There’s going to be question marks on myself but I’m going to stay and stick it out.’

Ties to take place on the weekend of February 11