How to Get Krispy Kreme Dog Treats on National Dog Day 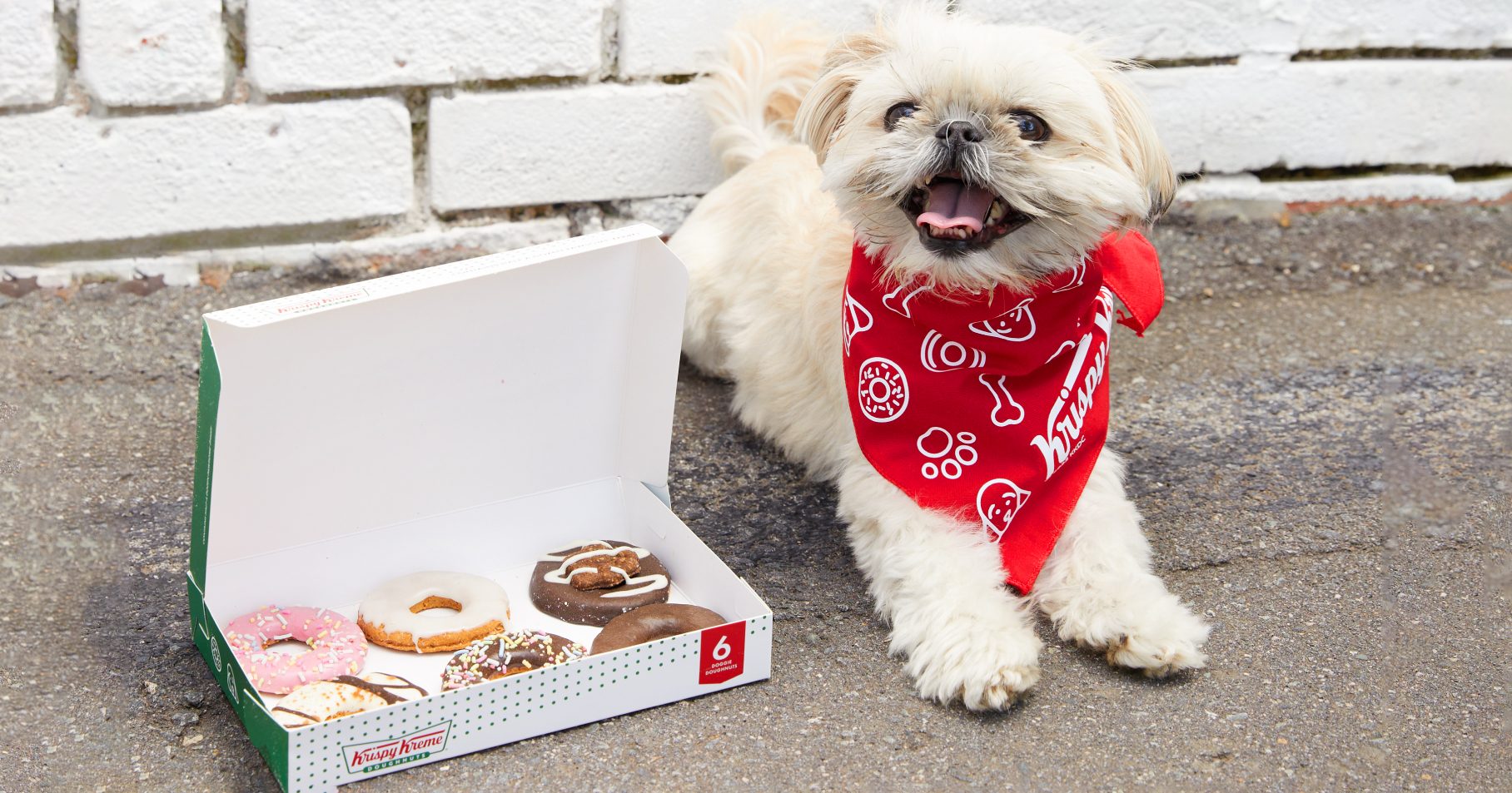 If there’s one thing Krispy Kreme knows how to do—besides, you know, make good doughnuts—it’s keeping people interested. Its pumpkin spice doughnut menu, which dropped a few weeks ago, offers four different pumpkin spice doughnuts, including one stuffed with cream cheese and the brand-new pumpkin spice latte swirl doughnut. And that’s not even the only promo this month.

Krispy Kreme’s Doggie Doughnuts aren’t doughnuts, but instead cookies made by Huds and Toke, a pet treat maker based in Australia. They’re designed to look like doughnuts and made using peanut butter and other ingredients, such as carob, a non-toxic chocolate substitute that’s safe for dogs. As an added bonus, you can also grab a limited-edition Krispy Kreme bandanna for your pup while supplies last.

If you’re trying to treat your pup, skip these foods that are dangerous for dogs.

You can snag Krispy Kreme dog treats (and bandanna) at participating locations on Friday, August 26. They’re only available while supplies last, so you’ll want to hit that drive-thru early—and pets are, unfortunately, not allowed inside Krispy Kreme restaurants.

If your nearest Krispy Kreme isn’t participating, make your fur baby one of these homemade dog treat recipes. There are plenty of other ways to show your dog love, like filling up a kiddie pool on a hot day to keep your pup cool or finally nailing that trick you’re working on. And if you prefer your doughnuts homemade (and for people), try out one of our favorite doughnut recipes.