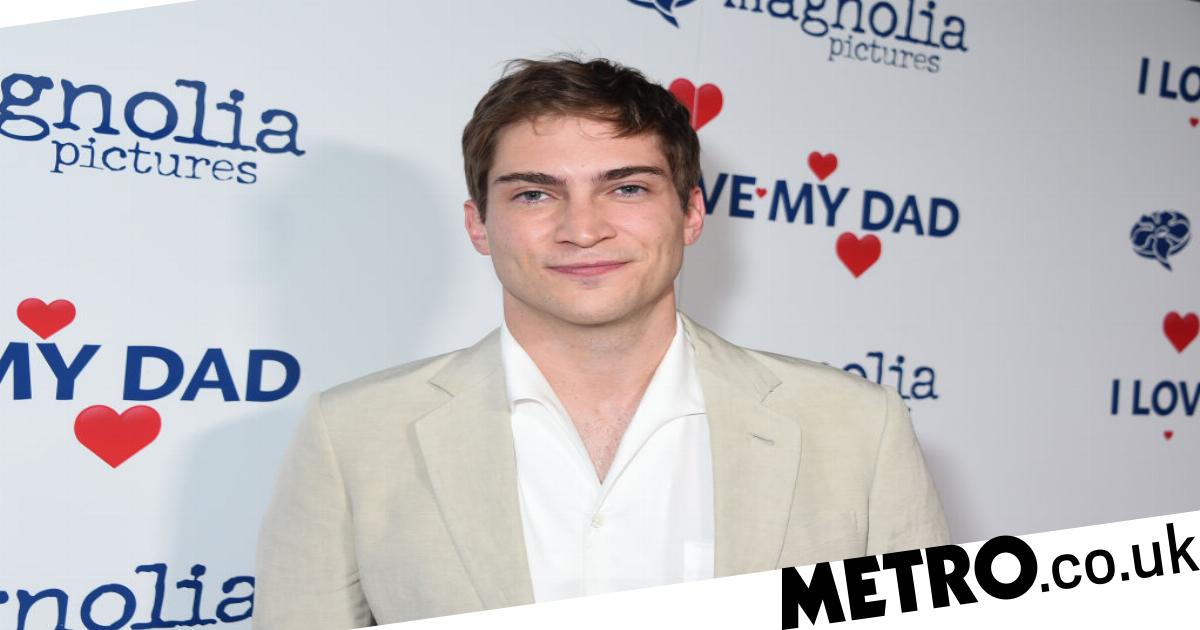 It hit James Morosini like a punch to the gut.

Feeling sick, his mouth went dry, as he took in this information. Surely, this had to be a joke? But the silence ringing in his ears wasn’t punctuated by laughter.

The girl he had been messaging back and forward for several weeks was not who she said she was. She wasn’t even a girl at all.

However, this was not your typical catfish, or an internet troll looking to entertain themselves. It was someone who James thought he could trust. His dream girl turned out to be none other than his dad.

For most people, finding out your father had posed as a young woman on the internet to try and speak to you is ‘horrifying and upsetting’ – as 32-year-old James was when he learned the news. However, unlike most people, the Florida-based actor thought this stranger than fiction tale was something that everyone should hear about.

So, from the very bare bones of this somewhat humiliating interaction with his father, James’ feature film, I Love My Dad, was born. Based on his own experience, the film follows Chuck (Patton Oswalt) who desperately tries to connect with son Franklin (played by James himself) by pretending to be Becca, the girl of his dreams.

‘I’ve long been a storyteller, and I’ve always been into films and comedy,’ James tells Metro.co.uk. ‘I’ve always appreciated quirkiness and weirdness in the world and from my own experience.

‘When I first found out, yeah, it was humiliating, but there was also a little part of my brain that was like: “well, this is kind of incredible.”

‘I’m glad I’ve created something that was a worthy expression of that experience.’

In I Love My Dad, Chuck and Franklin’s relationship is tense. Chuck’s numerous mistakes and wrongdoings – forgetting birthday parties and skipping graduation – leaves Franklin feeling isolated and rejected. Things become so strained, that the young man feels he has no choice but to block his dad on social media.

‘The movie emotionally is very authentic and captures the experience I had working through a lot of issues I had with my dad,’ James admits. ‘I was really trying to get at this push and pull tension that exists in that relationship, and how frustrating it could be when you want to be close to somebody but you don’t know how – and you can’t really find a way to connect with them.’

When James discovered the extent his father had gone to in real life to forge a connection, he had mixed feelings about the endeavour.

‘I thought it was really weird that he did that,’ James admits, understandably. ‘But it was also bizarrely loving in a way because he was trying to make sure I was okay. He was doing the wrong thing for the right reasons, and I found that quite a fascinating thing to explore.’

Thankfully, James received permission from his dad to put their story on their small screen, even letting his son spool through his journals to provide a greater insight into why he behaved the way he did.

‘I wouldn’t recommend ever reading your parent’s journals,’ James says with a playful grimace. ‘But he was super supportive over the film. He has a really good sense of humour and he loves movies – he was just totally up for me turning the weirdness of the whole thing into one.’

And James didn’t hold back at pushing the envelope in I Love My Dad. While the film is based on his own experiences, some of the storylines push boundaries of what really happened – exacerbating the more awkward moments for comic effect.

Is dishonesty okay, if it’s done for the right reasons?

Things get deeply uncomfortable as Chuck becomes increasingly more desperate to convince Franklin that Becca is real – with one scene detailing unfortunate incident seeing Chuck somehow roped in to sexting his own son. It plays out on screen as two simultaneous sex scenes: Franklin in the bathroom messaging ‘Becca’, and Chuck with his girlfriend in the next room, all while texting each other.

‘I loved shooting that scene,’ James laughs. ‘We were filming in multiple different locations, where the characters were on screen. I was trying to combine many different times and spaces into a coherent narrative. it felt like a giant emotional puzzle.

‘I was excited to walk this tonal razor’s edge throughout the film, and ask the audience: “Is dishonesty okay, if it’s done for the right reasons?”’

But James doesn’t just put his father’s own issues under the spotlight. In I Love My Dad, Franklin has serious mental health problems, and is frequently contemplating (and in one instance, attempting) suicide. Anxiety and depression have plagued James all his life, so he was keen to share his real life experience through his character.

‘I’ve always been really interested in telling personal stories and seeing how far I can take the feelings involved,’ he says. ‘I admire artists who put as much skin in the game as they possibly can. In this film I’m asking audiences to invest in what’s happening on screen. I want to show this is all of me and I’m not hiding or hedging even a little bit.

‘I’m someone who has struggled with anxiety and depression my whole life. I find my own way of dealing with dealing with this is through humour and trying to see how I can laugh at things.

‘I also wanted to show the stakes are life and death for that character. Chuck is potentially catfishing his son to save his life.’

As I Love My Dad grapples between serious issues and their often silly consequences, James was keen to point the audience towards a moral question at the heart of the film, which can be reflected on society at large.

‘I think we have a tendency nowadays that when someone does something wrong, we tend to never let them off the hook. There’s not a path to walk back.

‘To me, this movie is about the fact that we’re all really flawed people and we’re all trying the best we can.

‘We’re often making a lot of mistakes that puts us at odds with one another when we should be trying to forgive one another, and I wanted to tell that story from a personal place.

‘Another way of doing that was looking at my dad’s experience of our relationship and really trying to look at his experience and make sense of it for myself.’

As strange as the premise sounds, I Love My Dad is actually a tender observation into father-son relationships. It may not have been James’s intention, but he’s thrilled at the discussion it has prompted from early viewers.

‘I wanted this film to feel like a comedic horror movie,’ James says. ‘It’s a rollercoaster of weirdness.

‘It’s something you need to watch with friends. I’ve had people coming up to me saying: “I haven’t spoken to my dad in five years, I’m going to call him”, or a father coming up after in tears and saying how it hits home.

‘I love audiences to just consider a point of view of somebody they’re in conflict with and see if there’s anything to be taken from that consideration.’

Now, with the film coming to UK shores, and James having worked through the issues he highlights in I Love My Dad, the actor is happy to announce he has a much better relationship with his father.

‘I was just concentrating on the feelings that were happening beneath what was happening in the story and trying to access something that was more universal than my own person experience,’ he explains.

‘Before, I found it challenging to be vulnerable and emotionally honest with my dad. But I’ve found that’s the only way towards building a stronger relationship.

‘Now, we’re in a much better place – and I can say with certainty that I’m definitely not dating my dad.’

I Love My Dad will be available on Digital Download from Monday 23rd January and can be pre-ordered on iTunes & Amazon.


MORE : I only realised I’d been catfished when I flew to Singapore and my girlfriend wasn’t there