Insurance brokers walk away from Carmichael coal mine in Australia 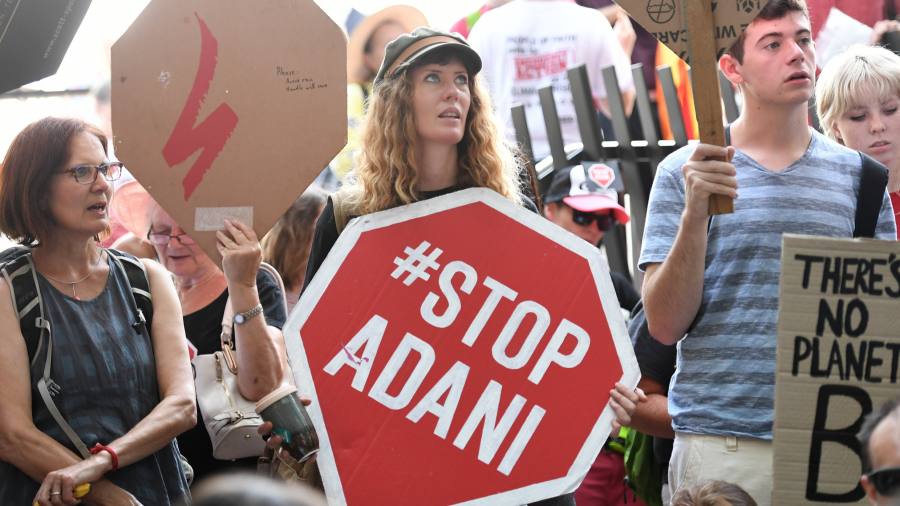 Two insurance brokers have walked away from a big Australian coal mining operation as pressure grows on the industry to step back from projects with the potential to worsen climate change.

Adani Enterprises’ Carmichael mine in north-eastern Australia has a target this year of producing 10mn tonnes of thermal coal — used to produce heat and electricity — and did have plans to treble this in three years. Its first coal cargo was shipped in January.

Insurers and brokers, which negotiate coverage for companies, have become a target for groups campaigning against environmentally damaging projects because insurance is a pre-requisite for financial backing.

Marsh McLennan, the world’s biggest broker, stopped arranging insurance for Adani last year after the conclusion of the mine’s construction phase, according to a person familiar with the matter. Specialist publication InsuranceERM was the first to report that Marsh was no longer acting for Adani.

Earlier this year, Lockton, another top-10 global broker, entered talks with Adani before deciding in July not to proceed after pressure from campaign groups and staff.

Activists parked a van outside the broker’s London office, displaying the message: “Lockton taking on Adani’s new coal mine as a client will fuel climate disaster.”

Environmental concerns about the project were also raised internally, prompting Lockton to tell staff and a client, in emails seen by the FT, that it had decided not to arrange insurance for the project.

Adani said it has the necessary insurance to operate.

In recent years, 44 of the world’s biggest insurers, including five that have previously insured Carmichael — Brit, Apollo, Tokio Marine Kiln, Aspen and Ascot — have said they will not provide coverage to the mine in the future, according to the campaign group Market Forces. Banks including BNY Mellon and China’s ICBC have cut ties with or ruled out financing the Adani mine in Australia.

Australia’s new Labor government has set out much tougher environmental targets and this week passed legislation mandating a 43 per cent reduction in carbon emissions from 2005 levels by 2030, compared with a previous target of an up to 28 per cent reduction. But it has resisted pressure from the Green party for a moratorium on new fossil fuel projects.

Adani has the permissions to produce up to 60mn tonnes of thermal coal a year at Carmichael, which would make it one of the largest coal mines in the world, but has said that reaching this level will depend on market conditions.

During an earnings call in May, the company said the mine faced “logistics issues” in its plans to expand production to 15mn tonnes in the next financial year and to 30mn tonnes per year by 2024-2025.

In the six months following the mine’s first export, total volumes passing through the terminal Adani operates in north Queensland, which also exports coal from a number of mines under different ownership, fell from 14.96mn compared to 14.05mn a year earlier, according to customs data compiled by commodity analysis provider Argus.

Australian coal exports have been severely affected by heavy rain and flooding in the first half of the year, according to Argus. At the same time, global demand for the fuel has made a comeback and prices have hit a record high after Russia slashed gas supplies to Europe. 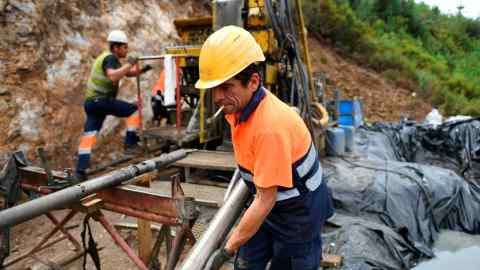 Adani Australia said: “Carmichael has the requisite insurances in place for operations and as a low-cost producer of high-quality coal, the mine will remain part of the sustainable energy mix alongside Adani’s significant renewables generation for decades to come as energy needs grow as populations in Asia and south-east Asia grow.”

Pablo Brait from Market Forces said: “Adani’s plans to expand [Carmichael] into Australia’s biggest coal mine are completely out of line with efforts to limit global warming to 1.5 degrees.”