Is your bank helping or hurting the planet? Here’s how to know if it’s greenwashing. 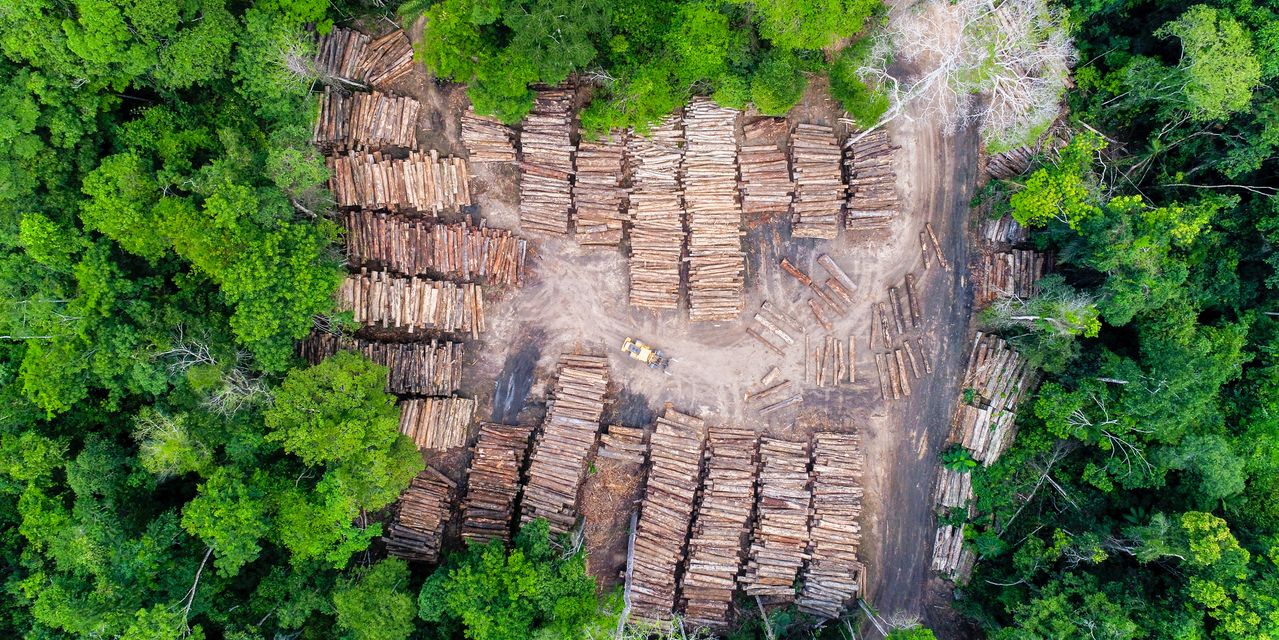 Your bank plays a role in climate change through its lending and other actions. But is your bank making a positive environmental impact? It can be hard to know.

Through their messaging, banks sometimes paint a greener picture of their impact on the climate than what their holdings or other factors indicate, a process known as “greenwashing.”

If your decision on where to bank hinges on an institution’s approach and position on climate change, here’s how to tell whether a financial institution might be greenwashing.

Why does greenwashing matter?

Making banks accountable for overstating their positive claims is an important way of pressuring them to do better about their role in climate change. And if you want to do more, support a bank that divests from fossil fuels and supports effective climate solutions.

Greenwashing can do “one of two things: either it directs investment that wants to go into [climate] solutions away from it or it makes people feel jaded about the space entirely and that this is not solvable,” says Zach Stein, co-founder of Carbon Collective, an investment advisory firm that creates portfolios that focus on curbing climate change.

What is greenwashing in banking?

Greenwashing is misleading or even false messaging about a company’s climate benefits or commitments, whether in annual reports, advertisements or elsewhere. There’s no standard definition of environmentally sustainable banking, which means banks can set their own definitions or methodologies to describe their impact.

The ways that banks lend, invest and underwrite loans are “the most exponentially impactful things they do” for the planet, not “paperless statements and energy-efficient buildings,” says Paul Moinester, co-founder and executive director of The Outdoor Policy Outfit, a think tank aimed at building systemic solutions to environmental issues.

And there’s a clear North Star: The world needs to bring carbon emissions to net zero by 2050 in order to limit rising global temperatures to a 1.5 degrees Celsius increase, according to the United Nations’ 2015 Paris Agreement and its 2021 update. The goal is designed to prevent the worst effects from climate change. The International Energy Agency, aligned with the mission, advocates for two clear actions in its 2021 report:

For banks committed to climate action, “you have to do both of those things. If you’re not, we argue that you’re in some degree greenwashing,” Stein at the investment firm Carbon Collective says.

4 ways to identify greenwashing in banking

Search online for your bank’s name plus “impact report” or “ESG report.” ESG — environmental, social and governance — is a common framework for ethics-driven finance such as ESG investing. The biggest U.S. banks typically have long annual reports and webpages detailing their impact. Smaller banks may not always maintain reports online, so check their recent news updates or what green networks they belong to (more on that later).

For national banks, “we look for how clear are [their] statements around de-carbonizing their investments, specifically removing fossil fuels,” Stein says.

Look at their summaries and be wary of vague verbs such as “mobilized,” “deployed” or “facilitated” financing. The bank’s specific role or steps to reach its commitment might be unclear. And if a bank created targets or methodologies for reduced carbon emission, are they based on a third-party standard to enhance accountability? Are the emission reductions aimed at their investments or their buildings? Investments have a bigger impact.

You might also like: Duped in the grocery aisle: How to tell if you’re buying a sustainable product or an impostor

Greenwashing at big U.S. banks can include supporting fossil fuels and making political efforts such as lobbying or contributing against climate change, the latter being harder to research, says Sierra Club’s Adele Shraiman, representative for its fossil fuel finance campaign.

Two main resources stand out when investigating a bank’s ties to oil, gas and coal companies: the annual fossil fuel finance report by nonprofits Rainforest Action Network and Sierra Club, among others, and a bank tracking tool by the independent organization BankTrack.

The report shows the 60 biggest financial institutions worldwide that are responsible for fossil fuel expansion through lending or other means of support, such as underwriting bonds and equity. BankTrack provides a directory where you can search for a bank or deal linked to fossil fuels.

The four largest U.S. banks are also the biggest global funders of fossil fuels, and another dozen U.S. banks make the report’s list. Just because banks such as Chase
JPM,

But the banks stand by their climate efforts.

“We are also taking pragmatic steps to meet our 2030 emission intensity reduction targets in oil & gas, electric power and automotive manufacturing, while helping the world meet its energy needs securely and affordably,” a JP Morgan Chase spokesperson said in an email.

“As part of our commitment to reach net zero by 2050, we have set 2030 targets — for the energy sector, a 29% absolute reduction in financed emissions and for the power sector, a 63% reduction in portfolio emissions intensity … [in addition to] working with our clients on their low-carbon transitions,” a Citi spokesperson said in an email.

Read: ‘Net zero’ pledges can amount to greenwashing. This is the better way to reduce deadly carbon emissions

3. Check for external certifications — or the lack of them

Financial institutions most committed to driving positive environmental impact tend to get third-party certifications or join networks focused on climate action. Check the bank’s website, either at the bottom or on an About Us page, for designations including Certified B Corporation, Global Alliance for Banking on Values membership, Fossil Free Certified, and Green America Certified.

Another mission-driven movement, 1% for the Planet, requires a business to give the equivalent of 1% of total annual sales to certain environmental nonprofits. However, this certification doesn’t mean a bank divests from gas or oil projects. Bank of the West, for example, has this designation and is owned by parent bank BNP Paribas
BNP,
,
which contributes billions of dollars in financing to fossil fuel companies, according to the Rainforest Action Network report.

Some financial institutions may describe account features with hard-to-prove or overstated environmental impacts. The nonbank financial tech firm Aspiration, in partnership with a bank, offers a debit card where you “reforest while you shop,” meaning a small amount of every purchase can go toward reforestation. The nonprofit news site ProPublica discovered in November 2021 that Aspiration recently claimed to plant over 35 million trees within a year, but this figure included trees not yet planted.

“As we make clear to our customers, planting trees at this scale the right way with survivability, permanence, and benefits for local communities in mind takes time — up to 18 months but usually shorter,” Aspiration CEO and co-founder Andrei Cherny said in an emailed statement.

“As of June 30th, over 76 million trees have been planted in the ground through Aspiration in less than two years. This almost certainly makes Aspiration the largest private sector reforestation sponsor in the world,” Cherny said.

Read: Here’s how much ‘greenwashing’ can shave from company earnings

“The smaller the banks are, the more environmentally friendly they are just because the majority of their investments tend to be localized,” says Moinester of The Outdoor Policy Outfit.

“All of our cash, all of our investments, hold power,” says Sophie Halpin, certified Sustainable and Responsible Investment counselor and financial advisor at Back Cove Financial.

“And we can send a clear message to companies that they need to do better.”