Jake Paul vs. Anderson Silva: Press Conference Start Time, How to Watch, Everything to Know 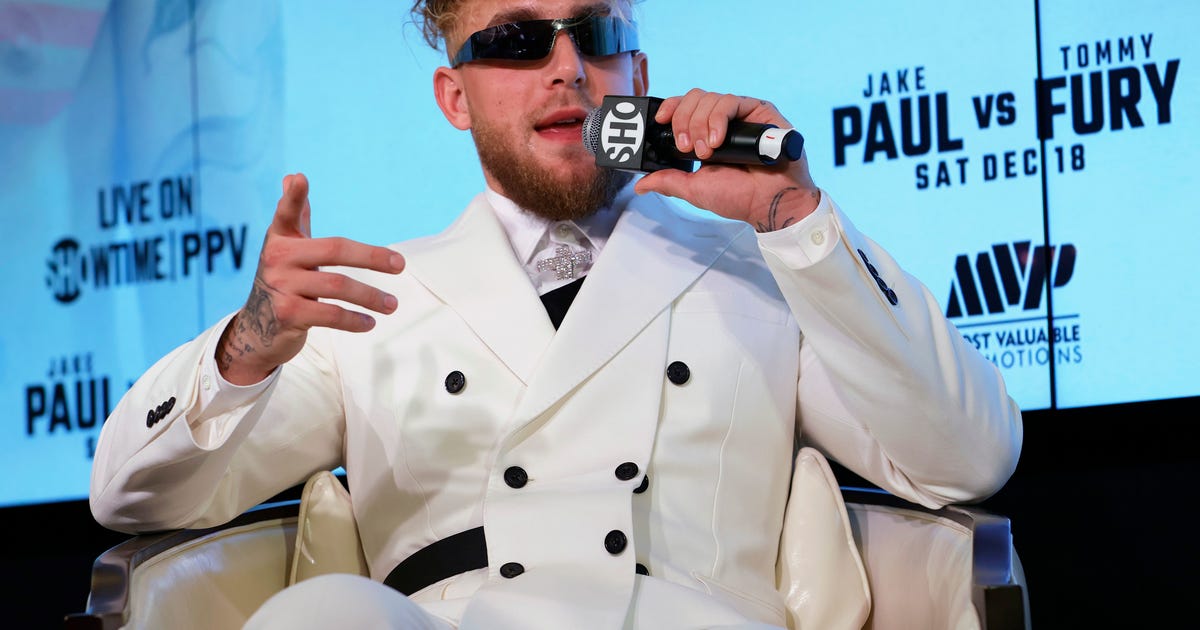 Jake Paul vs. Anderson Silva is actually happening. For real. Rumors had been swirling for weeks that negotiations for the fight were ongoing, but on Tuesday, Paul made it official.

“My toughest test yet,” Paul said in a tweet. “I respect the legend, but he must be exterminated.”

After a glittering career in the UFC, Silva is arguably the greatest mixed martial artist of all time. At the very least he’s in the top five. Silva broke multiple records during his reign as middleweight champion, but it’s the style with which he destroyed his opponents that made him legendary.

“I know that in life everything has its purpose,” Silva said in a statement sent to ESPN. “Nothing comes just by chance. So I thank God for my health, my family and my team for providing me with this opportunity to continue doing the thing that I love the most. I believe this will be the biggest combat event of the year and will truly make history in the sport forever.”

Is there a press conference?

Of course there is. No massive combat sports event can take place without a wild press conference. Paul has already announced not one but two pressers next week in the US, live on Paul’s YouTube channel.

I wouldn’t expect anything too rowdy from these press conferences. Silva is a middle-age man who doesn’t like to trash talk. I’d expect even Paul to treat Silva with a dash of reverence and respect.

When and where does the fight take place?

Jake Paul vs. Anderson Silva is set for Oct. 29. The fight will take place in the Gila River Arena in Phoenix.

Where can I can I watch?

Jake Paul vs. Anderson Silva will be available to watch on Showtime PPV. Details are incoming, but the PPV event is set to kick off at 9 p.m. ET.

Who is Anderson Silva

As mentioned above, Silva is one of the greatest fighters in UFC history. After defeating Rich Franklin for the UFC’s middleweight title in October 2006, Silva went on to hold that title for a record 2,457 days. His 16-fight undefeated streak in the UFC is a record that stands to this day.

But it was Silva’s fight style that made him an icon. A flashy, elusive counter striker, he did things that felt impossible. Fighting with his hands down, landing outlandish kicks, knees and punches from wild angles, Silva is essentially the Roy Jones Jr. of MMA. For many, he’s the greatest martial artist who’s ever lived.

After eventually losing his title to Chris Weidman in 2013, Silva had a difficult run of losses, resulting in him leaving the UFC in 2020 at the ripe old age of 45. Since then he’s had a remarkable resurgence in boxing. Most notably, he outclassed former world champ Julio César Chávez Jr. in an eight round boxing match.

Who is Jake Paul?

You’re probably aware of Paul, the social media personality who first made it big on Vine before moving across to every platform in existence. He’s moved into boxing in recent years after fighting on the undercard of brother Logan Paul’s viral boxing match with UK YouTuber KSI. He showed a talent for boxing and has been fighting ever since.

Paul has also moved into promotion, co-promoting a huge fight between Ireland’s Katie Taylor and Amanda Serrano, which was one of the biggest female boxing matches of all time.

Is this a fair fight?

Paul has been selective about his opponents to this point, which is smart. Every new fight is a step up in competition, but this one is unique for a few reasons.

Size is perhaps the most important. Every other Paul fight, until this point, has been against a dramatically undersize fighter. Paul has a fighting weight of 190 pounds, but in his last fight, faced off against Tyron Woodley, who in his prime in the UFC, competed at 170 pounds.

Silva was the UFC’s middleweight champion with a fighting weight of 185 pounds. Not only that, he regularly stepped up in weight to fight in the UFC’s light heavyweight division. Arguably his best ever performance — a spectacular dismantling of former champ Forrest Griffin in 2009 — took place in this weight class, at 205 pounds.

Unlike Woodley, Silva also has previous experience in boxing. Most recently, he’s dedicated his focus to the sport, putting together some extremely impressive wins. Silva is also one of the most lethal strikers in MMA history.

But Silva is also 47 years old. That’s pretty old. Ancient in terms of combat sports. To be clear, he’s not a normal 47 year old, but age is still a massive, massive factor.

I guess we’ll find out how much of a factor in October.

Share
Facebook
Twitter
Pinterest
WhatsApp
Previous article
Queen Elizabeth II’s corgis will go to Prince Andrew and his ex-wife : NPR
Next article
A strong market rally could be just weeks away if the U.S. midterm elections can put anxious stock investors at ease