Japan is preparing for a videogaming jamboree 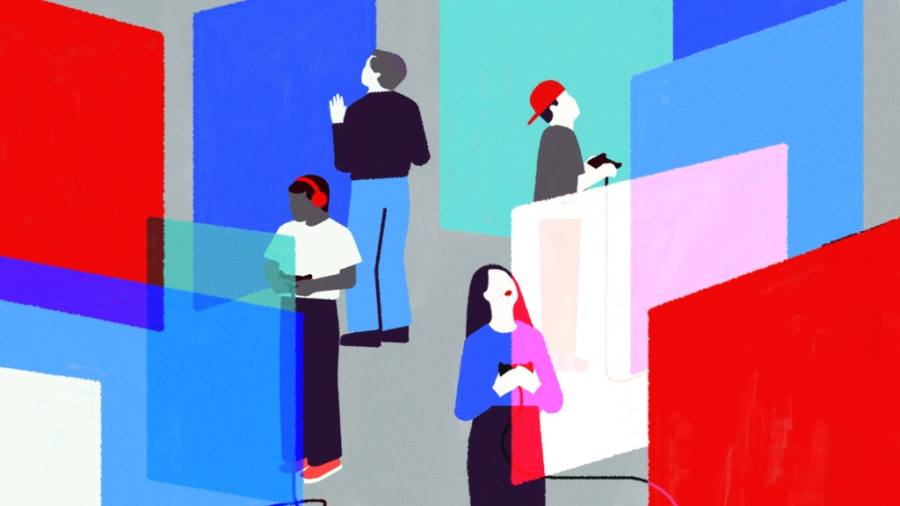 Later this week, after a Covid-enforced hiatus, the Tokyo Game Show will reopen its turnstiles for the first time in three years: a huge, 1,883-booth trade fair convened in the faith that cramming a hangar with humans is the best way to sell the idea that the future of gaming is virtual.

In the years before the pandemic, the once mighty, must-attend TGS seemed to have realised that it had a relevance problem. This was not because Japan’s creativity and power was shrivelling (though some interpreted it as such), but because an event that once showcased the industry’s cutting edge had been sidelined in a world where so much of the marketing, the gossip, the trailers and the leaks happen online.

On the face of things, the challenge of the revived TGS — the need to play meaningful catch-up with everything that has happened since 2019 and point authoritatively to where things are heading next — seems an order of magnitude greater.

The shifts in gaming over the past three years have been seismic, and the next ones feel even less predictable. The delicious possibility, say games analysts and industry executives, is that this may be the best attended, most international and most revealing TGS in many years.

Part of that may arise from the sense of urgency and a historic opportunity.

During the pre-vaccine months of the pandemic, a cooped-up world spent more time playing or watching games. Mobile gaming was a particular beneficiary, but it was a general screen-time heyday for consoles and PCs, and for enticing new gamers into the fold.

It is no surprise that this phase of divorce from normality allowed the industry to get ahead of itself: first with the promise of seamless games streaming by the likes of Google and Amazon, and then of the metaverse, where virtual worlds are permanently open for visits from our sofas or gaming chairs.

However oversold those promises were, a more immediate question is whether, post-pandemic, the industry can expect gaming hours to experience a structural increase. In a report released ahead of the TGS, Goldman Sachs analyst Minami Munakata argues that they probably will.

Global increases in labour productivity have increased people’s free time over the past two decades as average annual working hours per person in OECD countries have fallen by roughly 5 per cent from 1,825 over that period. Covid-19 caused them to drop even more sharply in 2020, but while they recovered somewhat the following year as economies reopened, they remain suppressed. If, as Munakata suspects, remote working is now well established, that should maintain people’s higher levels of free time.

Those hours will, inevitably, be the target of white hot competition from other forms of entertainment. But the floor plan of the 2022 TGS, which is far more densely and diversely populated with exhibitors than it was in 2019 and before, is suggestive of an industry preparing to fight for every available minute.

The list of exhibitors, which includes companies from Chile, Malaysia, Finland and others outside the traditional powerhouse games maker nations, reveals an industry that is itching for deeper globalisation.

The strong presence of Chinese games companies at this year’s TGS, said veteran games analyst David Gibson, is especially noteworthy. However tempting the narratives of decoupling may be, Chinese companies have been highly effective at localising their products to sell into the massive Japanese games market. At the same time, he said, they will be looking to TGS as a gateway to securing the kind of Japanese content that will ultimately sell so lucratively in China.

Another important feature of TGS will be the presence — in one of the larger booths — of YGG Japan, a company specialising in the emerging field of blockchain gaming where large numbers of casual gamers can, in theory, earn money by playing and then selling on a decentralised platform, the assets they acquire within the game.

But the key, in all of this, is not the individual exhibitors and the products each will be showing off, but the creation of a moment where a global industry can physically be in the same place at the same time — even for an industry that is pitching itself as a purveyor of immersive online worlds where none of that is necessary.

While it is true that the bricks and mortar TGS did appear to have been in a long slide to irrelevance, it now seems likely to prove just how strong the pent-up demand is for a large-scale, offline assembly of commercial contacts, ideas, and the chance to play a game or two.