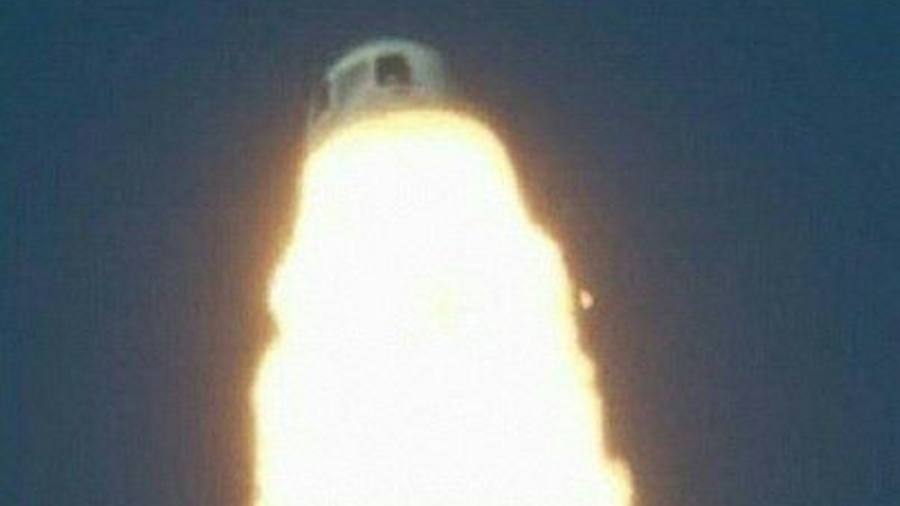 A rocket launched by Jeff Bezos’s Blue Origin failed shortly after its launch, marking the first major incident for the billionaire’s space exploration group since opening up its service to the public.

The New Shepard rocket, which took off from Blue Origin’s facility in west Texas on Monday morning, was not carrying any passengers. It was bringing up dozens of experimental items that were to be tested for a brief period in the weightless environment at the edge of space.

A livestream of the event showed a sudden burst of flames engulfing the rocket at 29,000 feet, just over one minute into the launch.

Almost immediately, the capsule on top of the booster rocket — containing the payload and would be the area where humans would sit during a manned mission — detached from the rocket and parachuted to the ground in what appeared to be a relatively gentle landing.

“It appears we have experienced an anomaly with today’s flight. This was unplanned,” said the commentator on Blue Origin’s livestream.

“You can see how our back-up safety systems kicked in today.”

The failure is being investigated by the Federal Aviation Administration, with New Shepard grounded until the investigation is over. Describing the matter as a “mishap”, the FAA confirmed that there were no injuries or damage to public property.

“The anomaly that occurred triggered the capsule escape system,” the FAA said in a statement. “The capsule landed safely and the booster impacted within the designated hazard area.”

While there were no people on board, the incident could hamper Blue Origin’s ability to sell its bold space tourism vision to customers.

The New Shepard rocket has carried 32 people to space, including Bezos and Star Trek icon William Shatner. In all of those missions, the booster was able to return to the earth’s surface without incident so it could be used again. The rocket had previously suffered one partial failure during its development stage, prior to carrying people. 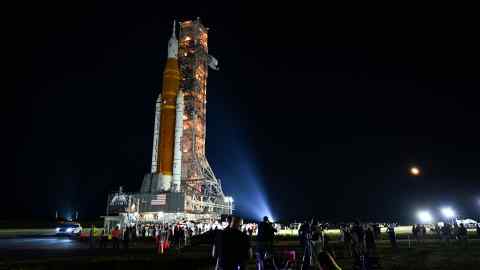 Bezos’s space company, which also intends to aid Nasa with more ambitious missions to the moon and potentially beyond, is competing with Richard Branson’s Virgin Galactic to become the leading space tourism provider with a promise of a thrilling, though brief, ride outside of the earth’s atmosphere.

Manchester: Pregnant woman ‘collapses’ after being on plane for hours