Kids as young as 12 can work long hours on farms. Should that be allowed? 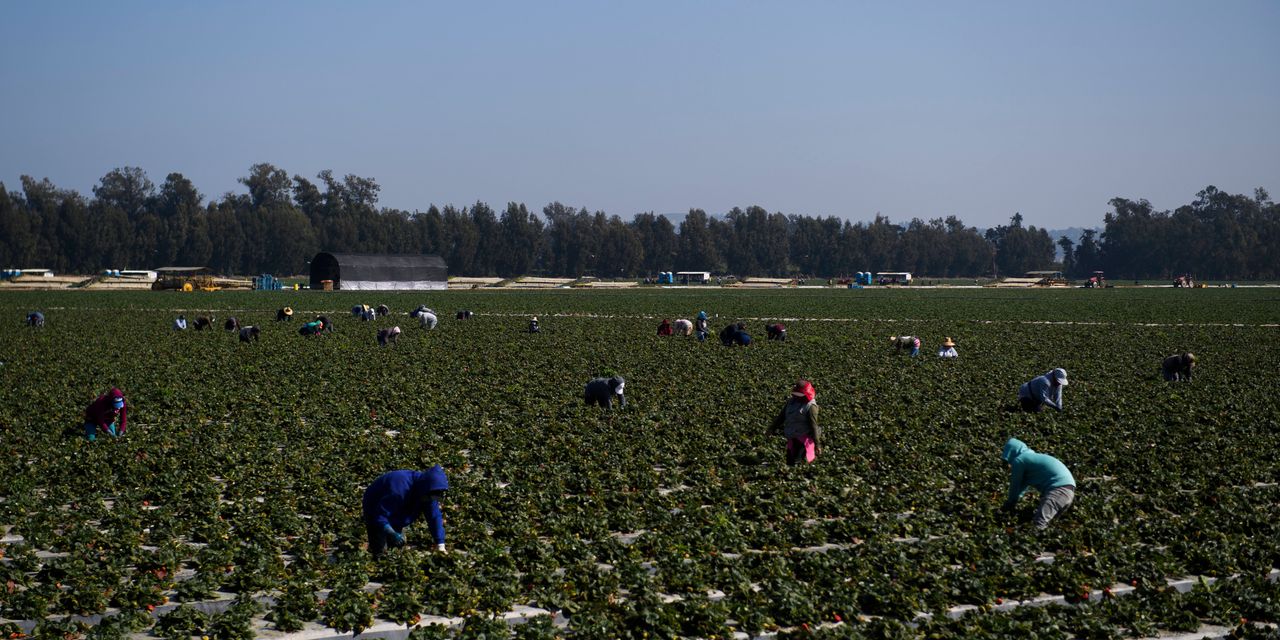 Norma Flores López was 12 when she began working 10- to 12-hour days, every day of the week.

Because that grueling work occurred on a farm, it was allowed. Kids in the U.S. can take on unlimited hours of agricultural labor so long as they don’t miss school and have a parent’s permission.

López told the U.S. House Education and Labor Workforce Protections Subcommittee during a remote hearing on child agricultural labor Wednesday that her parents, who also worked with her on farms, had done that kind of labor when they were young kids, too.

“I was expected to keep up with adults and often pushed myself beyond my limits while performing dangerous and back-breaking work with sharp tools in 100-degree weather,” an adult López, now a committee chair for the Child Labor Coalition, testified during the hearing. “Necessities such as bathrooms and clean drinking water were not always guaranteed, and neither was safety training or equipment. These were the everyday dangers considered to be inherent to the industry.”

In other industries, children typically cannot work until they’re at least 14 years old, and even then they’re subjected to limited hours. Yet there is no minimum age for children who work on small or family farms, according to Human Rights Watch, a research and advocacy group. Kids working on farms can also do what’s deemed to be hazardous work when they’re as young as 16, while workers in other sectors must be 18 before they can do such tasks.

“Workers at a deli counter cannot use a meat slicer until age 18, but in agriculture, children as young as 16 can use power-driven circular saws,” Margaret Wurth, a senior researcher at Human Rights Watch, testified before the subcommittee Wednesday.

Such policies disproportionately harm children of Hispanic origin, according to Wurth, as they “make up the vast majority of hired child farmworkers.”

There’s little doubt that agricultural work can be dangerous. In 2018, the Government Accountability Office said in a study that while work-related injuries appear to have declined among children, more than half of work-related child fatalities from 2003 to 2016 still occurred in agriculture, despite the field only employing a small percentage of working kids.

The differing labor protections for kids on farms versus child workers in any other industry has long drawn scrutiny.

For years, Rep. Lucille Roybal-Allard, a Democrat from California, has introduced and re-introduced the Children’s Act for Responsible Employment and Farm Safety, or the CARE Act, which would create age and work hour standards for children in agriculture that are similar to all other industries. That would include prohibiting farm work for 12- and 13-year-olds, according to a 2019 statement from Roybal-Allard’s office. Current exemptions for family farms and 4-H programs would remain in place, according to that statement.

Rep. Alma Adams, a North Carolina Democrat and the chairwoman of the Labor Workforce Protections Subcommittee, is a co-sponsor of that bill. She said during Wednesday’s hearing that the country had “turned its back on child farmworkers.”

“As lawmakers, we have a responsibility to protect all child workers — no matter where they live — and ensure each of them has the opportunity to achieve their dreams,” Adams said.

Still, Republicans on the panel said there are numerous benefits to kids starting out their working years on a farm, stressing that he believes employers want to keep their younger workers safe.

Kristi Boswell, an agricultural policy counsel at the Alston & Bird law firm and a former senior adviser to Agriculture Secretary Sonny Perdue in the Trump administration, testified that she, too, had worked on a farm as a child.

“We can all agree it is critically important to ensure anyone working in agriculture is safe,” Boswell said. “Farmers are committed to offering jobs that are skill-level appropriate, while still giving young people invaluable hands-on experience.”

Boswell was critical that the CARE Act as written would remove parental discretion and create an “arbitrary age threshold” for when children can perform certain jobs without considering the child’s experience and maturity level.

But López said the work she did wasn’t good for her, nor could it be considered vocational training. It was something her family took part in because they were poor.

“My parents, who only had an elementary school education and spoke no English, did not have the ability to help me, and resources were not always available,” López said. “Through tremendous sacrifice from my family, I graduated high school and eventually earned my master’s degree. However, the majority of farmworker youth do not even graduate high school; they drop out at a rate of four times the national average. I am not alone.”