Liz Truss: What type of prime minister’s spouse will Hugh O’Leary be? 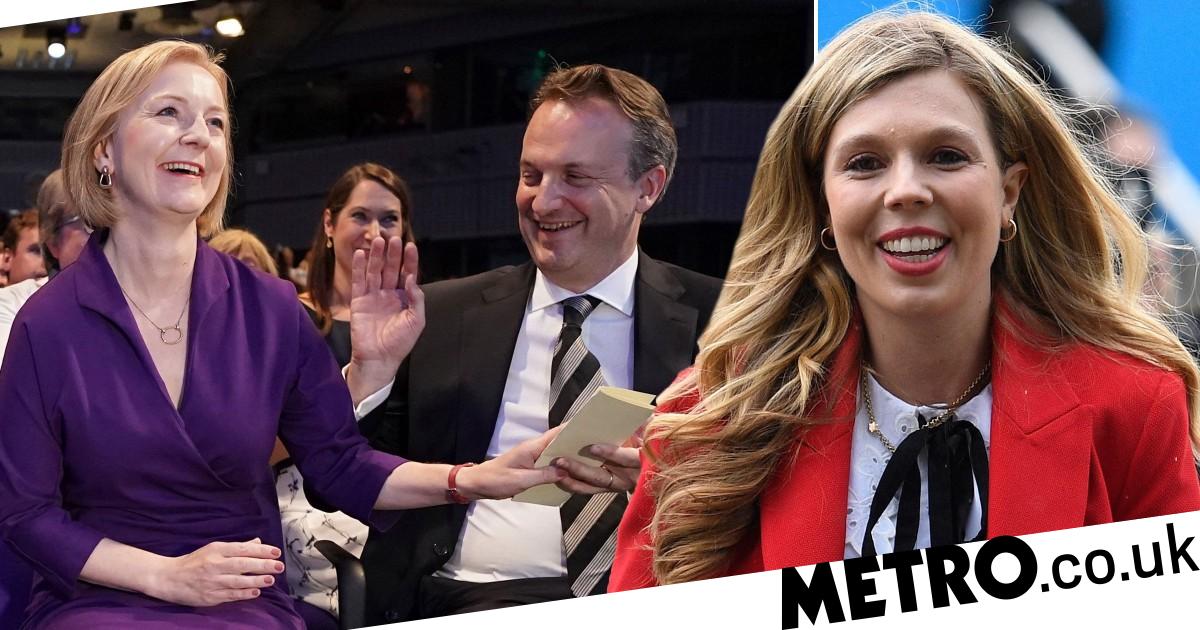 When Liz Truss hurried to the stage after being confirmed as the new Tory leader, she didn’t even look at the man to her right.

Rishi Sunak stood to applaud but didn’t get the comradely hug or commissary handshake he might have expected.

Nor was there a moment spared for the man to Ms Truss’ left, who was sat patiently holding her notes.

Hugh O’Leary beamed with pride as he glanced at his wife before she grabbed the paper from his hand without looking up and headed to the platform to take the applause.

The private new ‘first husband’ of the United Kingdom may have preferred it that way.

Only a handful of pictures of the two together exist and the soon-to-be prime minister’s lack of embrace with him – or her vanquished opponent – likely assures there’ll only be one person on the front of tomorrow’s papers: her.

The 48-year-old has stayed well clear of the leadership contest and does not seem to relish the role of the political spouse.

The pair have been married since 2000 and have two teenage daughters but little is known about their relationship.

Like Boris Johnson, Ms Truss makes a rule of not discussing her family life in public (it was notable there was only a passing generic reference to her family in the speech).

But her predecessor’s relationship with Carrie was seldom far from the front pages during his time in Number 10, not least because how eventful it turned out to be.

In the time Mr Johnson was in Downing Street, they became engaged, were secretly married, enjoyed a honeymoon and had two children together.

But it was also because Mrs Johnson is, in her own right, a political figure of some import.

She was a senior press operative with the Conservative Party when she began an affair with the man she went on to marry and was a well known figure with her own influence.

Mrs Johnson also played a minor part in several Downing Street scandals, including partygate, the refurbishment of the flat and an investigation into the funding of a Caribbean holiday the pair took shortly after the 2019 election.

Ex-Number 10 aide Dominic Cummings has accused her of wielding power behind the scenes and manouvering her friends and allies into key positions.

Downing Street has always rejected this and supporters of Mrs Johnson have argued there is a misogynistic undertone to accusations made against her.

Whatever the truth, it’s safe to assume Mr O’Leary won’t find himself at the centre of similar political intrigue.

His own personal involvement in politics has been limited, although he did at least briefly hold ambitions of elected office of his own.


MORE : From pork markets to Prime Minister: How Liz Truss took over the Tory party

The Liverpool-born accountant stood for election to Greenwich Council in 2002 but was unsuccessful and now limits his own political activities to canvassing for local candidates.

Like Mr and Mrs Johnson, the new Tory leader and her husband owe their relationship to the Conservative Party.

They met at its conference in 1997, not long after Ms Truss had defected from the Liberal Democrats (in a 2019 interview, she revealed how for their first date she ‘invited him ice-skating and he sprained his ankle’).

The couple married three years later and have lived in south east London throughout their marriage (Ms Truss represents a seat in Norfolk and maintains a home in both areas).

Another reason the couple may wish to keep their personal life private is that, again like the outgoing PM and his partner, they’ve undergone the bruising experience of seeing their home troubles documented in the press.

In 2006, not long after Ms Truss had been selected as a candidate in a safe seat for the 2010 election, her affair with Mark Field, then a married Tory MP, was revealed.

Their relationship survived but it nearly ended her political ambitions when angry local members forced a vote and attempted to oust her.

More than 15 years on, they are ‘happily married’ and share a deep interest in free market economics, which Mr O’Leary studied at the London School of Economics.

In a rare mention of her home life in a 2018 speech, she praised the university ‘despite its left-wing reputation’ because ‘it produced my husband’.

She revealed how ‘whenever I want a late night discussion about supply side reform or econometrics, there’s always someone on hand’.

Time will tell what type of prime ministerial spouse Mr O’Leary will turn out to be but it’s likely he’ll be in the Philip May mould, on hand for support but seldom pictured at public events.

He will likely avoid the Samantha Cameron approach, whose public visibility even took her into the Great British Bake Off tent for a charity special.

It also remains unclear whether Ms Truss intends to move her family into Downing Street, especially given her daughters are in education elsewhere in London.

Frances, 16, and Liberty, 13, both volunteered and their mum’s campaign over the summer, she revealed to The Telegraph.

What is more clear is, given the problems the new prime minister will face from day one, a postponed family trip to Florida will have to wait even longer.

Inside the world of Andrew Tate and the alpha male movement