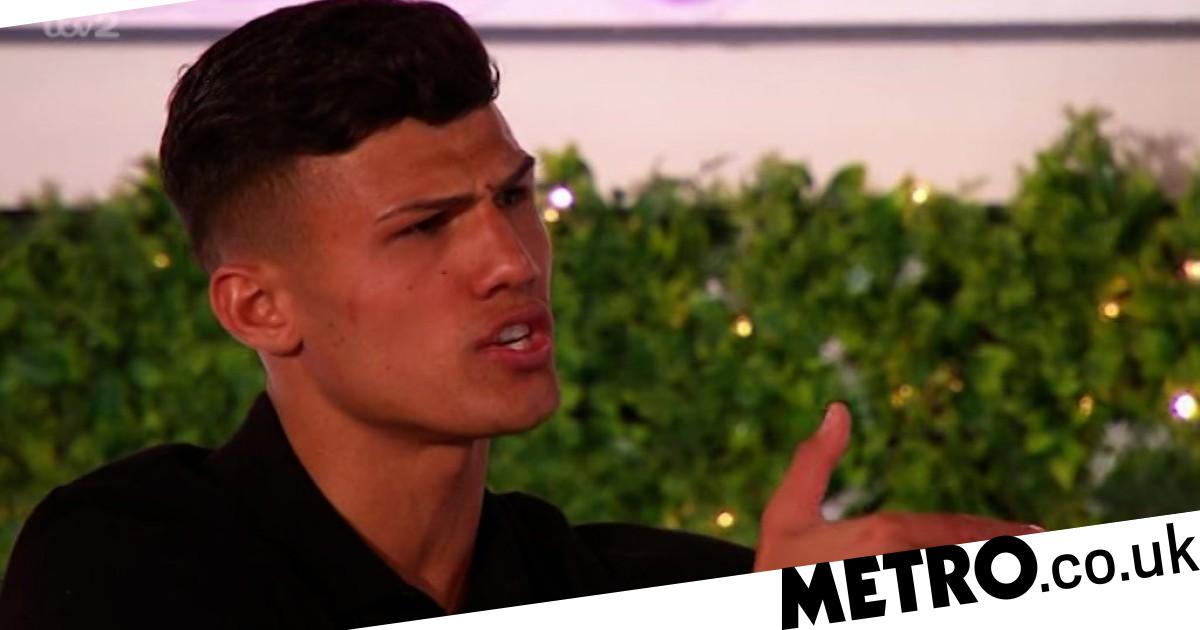 Love Island’s Haris Namani has been filmed punching a man to the floor in a street fight.

The 21-year-old boxer, who is currently in the South African villa for the winter edition of the ITV2 series, has already been involved in a clash with fellow islander Shaq Muhammed.

And now, footage obtained by The Sun from last May has emerged of Haris scrapping with another man after a night out in his hometown of Doncaster.

In the video, the reality star can be seen squaring up to the other reveller with the pair exchanging blows.

Eventually, Haris delivers a punch to the chest that causes the other man to lose his balance and fall to the floor.

‘I’m not a bully, I’m not a f***ing bully,’ he’s heard shouting during the altercation.

‘We were all surprised when we heard Haris was going on Love Island,’ a told the publication. ‘He’s got quite a bit of a temper on him and if someone says something he’s more than prepared to have a fight.

‘He’s got an advantage being a boxer and he knows he can cause damage because he trains four times a week.’

The friend added: ‘He knows what he is capable of because of his training. That kind of stuff has to stay in the ring. I’m surprised ITV didn’t do further checks.’

It remains unclear as to whether Love Island bosses will take action over the footage.

A spokesperson for the show told Metro.co.uk: ‘Language and behaviour in the Villa is always closely monitored, and islanders are reminded of what we consider acceptable during their time on the show.

The footage emerged just days after several of the Love Island contestants stepped in to avoid a fight from breaking out between Haris and Shaq.

Tensions began to swirl when bombshell David Salako kissed Tanya Mahenga, who was coupled up with Shaq.

Later on, the boys were having a debrief together while sitting by the pool when Haris turned to David and asked how his kiss with Tanya was.

David instantly made it clear that he felt uncomfortable answering with Shaq sitting right by him, as he replied: ‘That’s f**king… what’s wrong with you bro?’

Overhearing, Shaq stressed to Haris: ‘She snogged him,’ before expressing how ‘annoying’ he found the salesman for getting involved in the situation.

‘You’re so annoying bro. You do this all the time bro, like relax,’ the airport security officer told the salesman.

David tried to calm the situation, standing up from his seat as the girls – who were having their own private chat on the balcony – peered over to try to figure out what the commotion was all about.

‘You do this all the time bro, you just try and f**king s**t stir,’ Shaq claimed.

‘Don’t speak to me like that,’ Haris stated, as his fellow islander added: ‘I’ll speak to you however I want bro,’ refusing to back down.