Meet the ferret who has hiked, camped, kayaked and skied through 8 US states 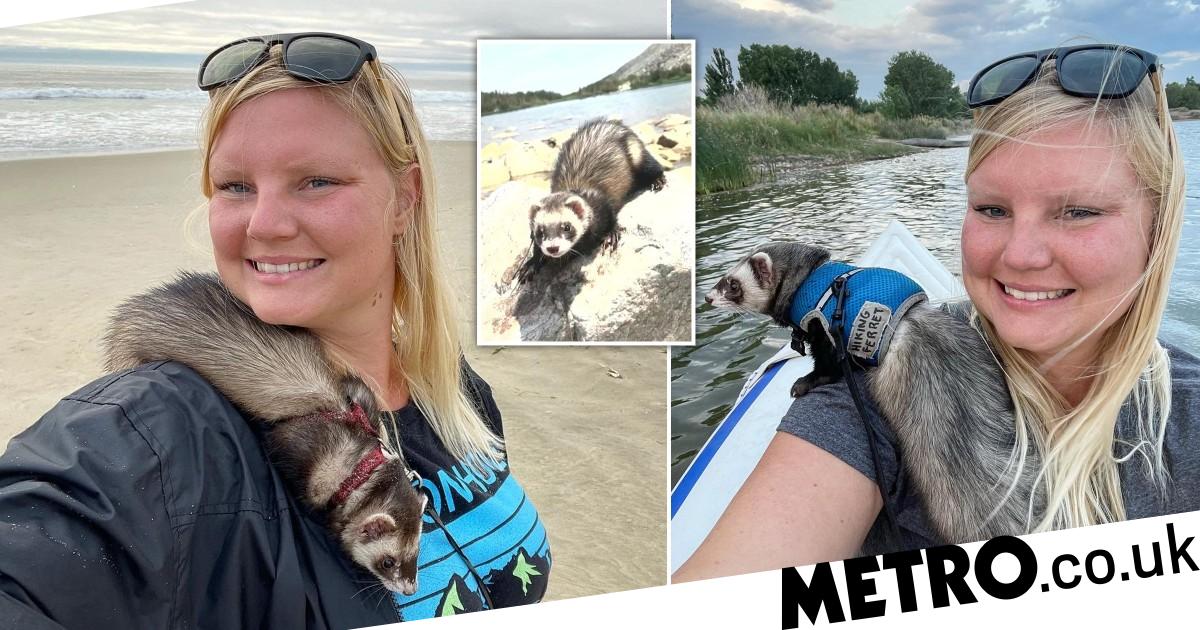 There’s a chance this ferret has been on more adventures than you.

The two-year-old furry weasel has hiked, camped, kayaked – and even skied – his way through eight US states.

He’s not doing it alone (which would have been an undeniably cool miracle of nature), but with his owner Lauren Smith.

The 29-year-old, spends her days travelling around the southwest of the United States with her ferret, called Jesse James, in her Coachmen Catalina RV.

Lauren bought Jesse at a local pet store when he was just a baby. She named him after the infamous American outlaw due to ferrets’ notoriously mischievous nature.

Being with Jesse doesn’t stop Lauren taking on any of the fun stuff: like climbing mountains, exploring canyons, and even skiing.

Lauren, a trainee physician’s assistant from Aurora, Colorado, is somewhat of an expert in ferret adventuring. She used to travel with Oliver, who died in June 2020.

She started looking for a new travel companion right away, and began harness training Jesse at five-month-old.

It wasn’t difficult, as he took to it easily.

‘He instantly liked being outside,’ said Lauren.

‘He would run to the door and request to go outside or load himself into the travel cage to let me know he was ready for an adventure.

‘He hops around and rolls happily through the grass when we’re out on our adventures.

‘We go hiking about once or twice per week on the weekends.

‘He will hike two-three miles with me then when he gets tired he plops himself down to let me know he’s done. Then I pick him up and let him ride in my backpack.’

It may sound strange to people, but Lauren says that ‘camping with a ferret isn’t much different than with a dog’.

She does take a travel cage with her, but that’s only for when they are driving.

All she needs is extra food and water for the little guy, as well as some extra blankets. He even uses puppy pads in the corner of the tent as a toilet.

Lauren has no plans to stop travelling with her best buddy, and you can follow her adventures on TikTok and Instagram.


MORE : Cuddle cute rescue dogs all day and raise money for pugs at this London café


MORE : Cat loves to take a daily shower with her owner