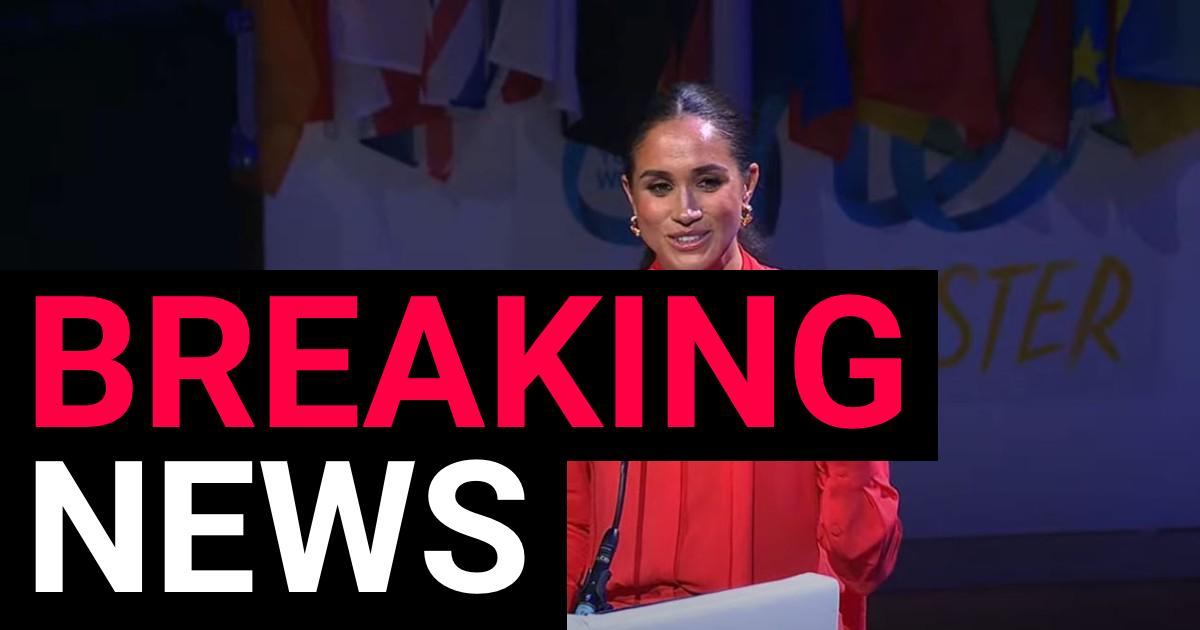 Meghan Markle has given her first speech in the UK since quitting the royal fold.

The Duke and Duchess of Sussex appeared at the One Young World summit in Manchester, which brings together junior political activists from across the planet.

It’s the first time they’ve been in the UK since a brief appearance at the Queen’s Platinum Jubilee in June.

The speech marks the latest event in an increasingly busy public schedule for Meghan, who has also recently launched a successful podcast and is working on a Netflix project with her husband.

She was invited to give a keynote address on gender equality at the humanitarian event and began her comments by saying it was ‘very nice to be back in the UK’.

Meghan has worked with the organisation for several years and said that by 2019, her last visit to one of its summits, her ‘life had changed significantly’ after her marriage and motherhood.

Following the birth of Archie, she said, ‘my world view expanded exponentially as I saw the world through the eyes of my child’.

The Duchess said she was ‘thrilled that my husband is able to join me here this time’, adding that returning to the UK for the event ‘all feels full circle’.

Meghan paid tribute to the junior delegates from around the world, saying ‘you are the future… you are the present’.

She continued: ‘You are the ones driving the positive and necessary change across the globe now, in this very moment.

‘And for that I am so grateful to be in your company today.’

Before the speech, the pair sat centre stage on a bench together as they watched more almost 200 world flags being paraded, rising to applaud Ukraine’s representative.

Their appearance comes days after a wide-ranging interview with Meghan in a New York magazine caused a stir.

She made further accusations about racism directed against her children while in the UK.

The article also prompted questions about an anecdote in which she said a South African actor had compared her marriage to Harry to Nelson Mandela’s release from prison.

Meghan told The Cut it takes ‘a lot of effort’ to forgive and hinted that she can ‘say anything’, adding that ‘just by existing’ she and Harry were ‘upsetting the dynamic of the hierarchy’ of the royal family before they quit.

It also comes amid a legal wrangle over whether the Home Office has an obligation to pay for Prince Harry’s security.

The pair were seen boarding a train to the north west together earlier today.


MORE : Harry and Meghan ‘arrive in UK after flying commercial’