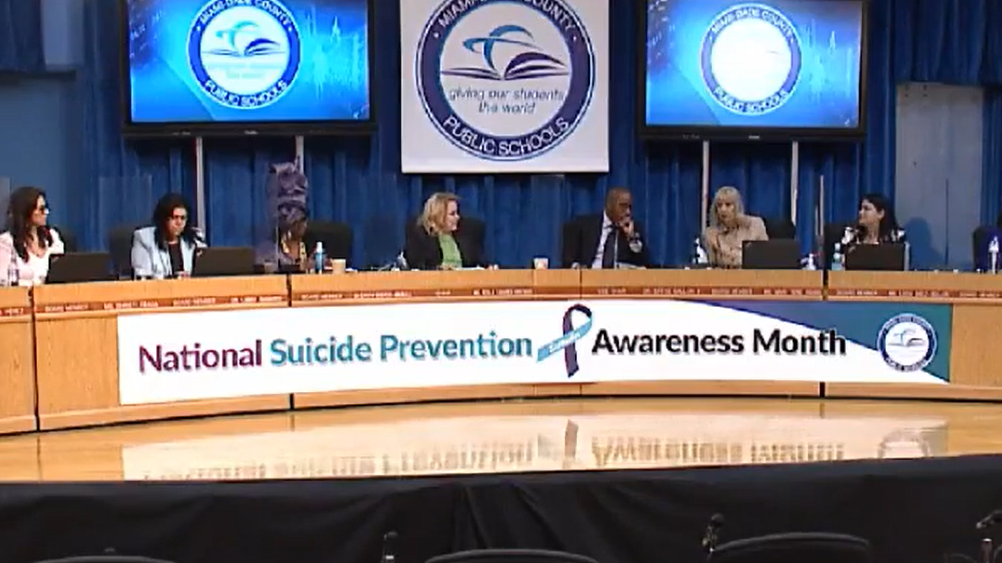 The Miami-Dade County Public School Board voted against making October LGBTQ History Month. The board voted in favor of observing the history month last year, but reversed its decision to align with Florida’s Parental Rights in Education bill.

The Miami-Dade County Public School Board voted against making October LGBTQ History Month. The board voted in favor of observing the history month last year, but reversed its decision to align with Florida’s Parental Rights in Education bill.

Board members heard more than four hours of testimony from parents and community members in support of and against initiative H-11, which would recognize October as LGBTQ Month. The board voted 8 to 1 against the item, which was met with applause from audience members.

LGBTQ Month was founded in 1994 by Rodney Wilson, a Missouri high school teacher, who chose October to celebrate and teach gay and lesbian history because schools are in session and it encompasses Coming Out Day, celebrated on Oct. 11.

The month-long observance “provides role models, builds community and makes the civil rights statement about our extraordinary national and international contributions,” according to the LGBTQ History Month website.

The month celebrates 31 lesbian, gay, bisexual or transgender icons over the course of October. Students learn about prominent figures like Hans Christian Andersen, fairy tale author of “The Little Mermaid,” “The Emperor’s New Clothes” and other children’s stories, as well as former WNBA player Sue Bird, who joined her partner, soccer great Megan Rapinoe, as the first openly gay couple to appear on the cover of ESPN’s Body Issue.

And though the majority of the school board in Miami was in favor of recognizing LGBTQ History Month last year, the board said the month-long celebration conflicts with Florida’s Parental Rights in Education Act. Signed into law by Florida Gov. Ron DeSantis at the end of March, it prohibits classroom instruction on sexual orientation and gender identity for students in kindergarten through third grade.

“My obligation as an elected school board member is one that has to comply with the law that has now changed,” said Steve Gallon III, a board member who voted against the measure.

However, WSVN-7 in Miami reported Thursday that the school board’s attorney said approving history month would not violate Florida’s new law because it doesn’t include mandatory instruction.

During the meeting, board member Marta Perez — who recently lost her reelection bid after 24 years on the board — said the Christian Family Coalition, a local faith-based advocacy organization, called on community members to object to LGBTQ History Month.

“It is no secret that this item has gotten more attention than I believe is necessary. I wish all the people that have written us would be as interested in our proficiency scores, our reading, our writing, our academics,” Perez said at the meeting. “Unfortunately, I believe, madam chair, terrible scare mongering has happened in this item that is horrible.”

When it came time to vote, only Lucia Baez-Geller — who sponsored the measure — supported celebrating LGBTQ History Month. Members of the crowd responded with cheers and applause when the agenda item was shot down.