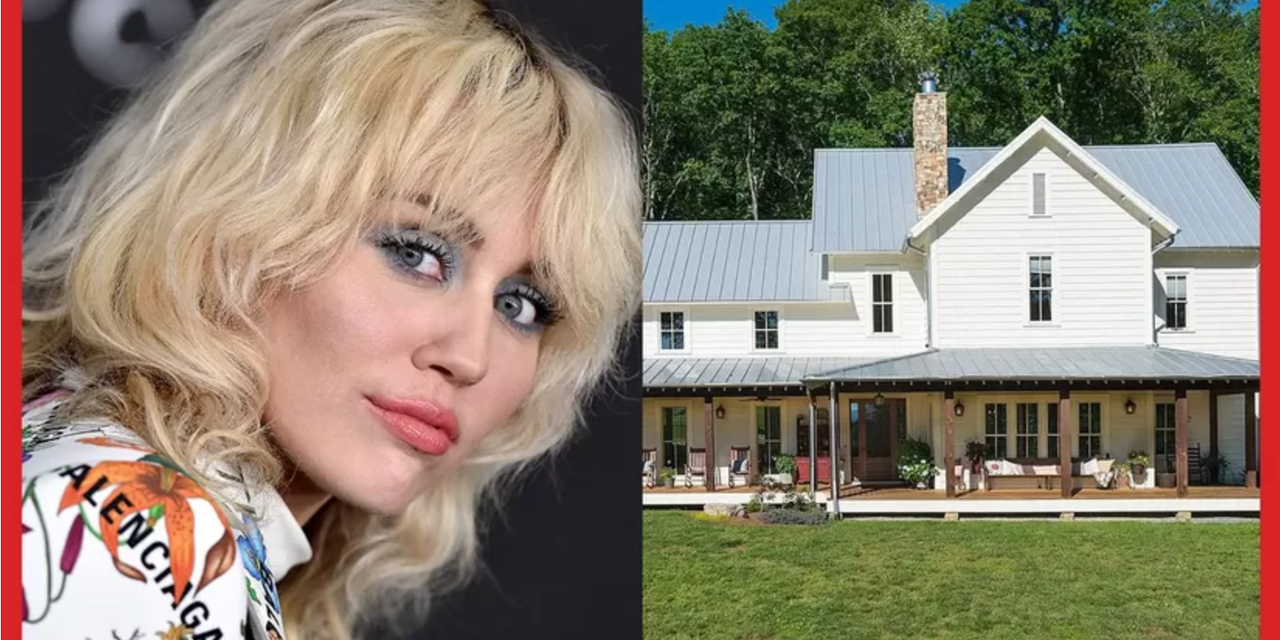 Pop star Miley Cyrus must be ready to party after she quietly sold her Franklin, TN, home for $14.5 million, the website Dirt reported.

The “Wrecking Ball” singer picked up the Nashville-area ranch for $5.8 million in 2017, slightly below the asking price of $5.9 million.

While no current images of the interiors exist, Cyrus likely made some changes while she lived there. Even if the “Bangerz” singer poured money into improvements, she still managed quite a profit.

Upstairs, a primary suite features a claw-foot tub and fireplace. And a bonus room could be turned into a home theater, gym, or creative studio.

Set on 33 acres, the grounds include a screened-in porch, pool, putting green, horse barn, and garage.

The real estate party continues for Cyrus. In 2021, the singer quickly sold her revamped mansion in Hidden Hills, CA—less than a year after she bought it.

The home flipper purchased the six-bedroom abode for just under $5 million in June 2020. In an off-market deal, the chart-topping musician handed the place off to a buyer for $7.22 million. The colorful interiors had been profiled in Architectural Digest.

On the West Coast, Cyrus still owns a midcentury modern abode in Studio City, CA, that she picked up in 2011 for $3.9 million.

The remodeled layout features over 5,100 square feet, floor-to-ceiling windows, and a backyard with a pool, cabana, and grill.

Now 29, the former Disney star launched her singing career with soundtracks from the show “Hannah Montana.” As a singer in her own right, she’s belted out chart-topping hits such as “Malibu,” “Wrecking Ball,” and “Party in the USA.” She’s also served as a coach on the TV competition show, “The Voice.”

This story was originally published on Realtor.com.