Need for stability is behind Japanese investment spree, says US ambassador 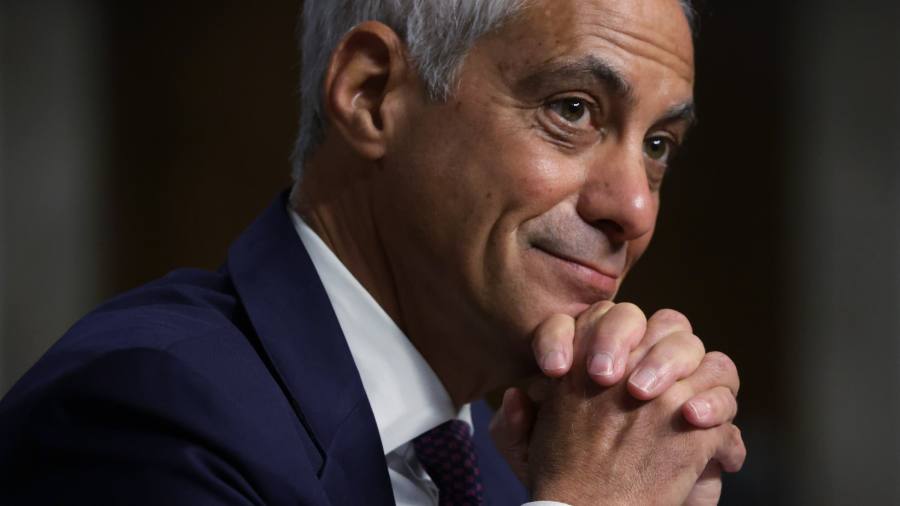 The war in Ukraine, Covid-19 and the rise of China will force multinational companies to embrace a new version of globalisation, where cutting costs comes second to a “predictability premium”, the US ambassador to Japan has said.

In an interview seven months after his arrival in Tokyo, Rahm Emanuel said recent supply chain upheaval and Beijing’s regulatory unpredictability had exposed the dangers of over-reliance on China, drawing Japanese companies to invest in the US.

A two-month spree of multibillion-dollar investment pledges in the US by some of Japan’s biggest companies, including Toyota, Panasonic and Honda, was just the start, said Emanuel, a former chief of staff for Barack Obama who has close ties to US president Joe Biden.

“You really have a different iteration of globalisation emerging,” he said. “The last 20 years have been organised around cost and efficiency. That’s being either balanced against or replaced by stability and sustainability.”

The ambassador, who has taken an unusually hands-on approach to attracting Japanese investment to the US, said his view on the new economic landscape was formed through exchanges with more than a hundred chief executives at companies including Honda, Takeda, NEC, Nissan and Hitachi.

Companies were facing historic uncertainty about market growth, inflation and the terms of competition, Emanuel said.

“We all know the term ‘risk premium’, well, there’s a predictability premium out there . . . business people and governments; that’s all they’re talking about,” he said.

The Biden administration is offering generous incentives to attract multinationals to build supply chains for chips, batteries and other key technologies in the US in order to eliminate dependency on China.

A critical pillar of that US strategy is the recently passed Inflation Reduction Act, Biden’s flagship climate, tax and healthcare bill that offers tax credits of up to $7,500 for electric vehicles assembled in North America.

Emanuel said the Chips and Science Act, a bill passed last month that aims to provide incentives for the reshoring and growth of a domestic semiconductor industry, was another key element in US plans to attract stabilising investment around strategic technology.

The US this week threatened China’s access to high-end processors from Nvidia, telling the chipmaker it would need special licences to sell the products to Chinese customers. 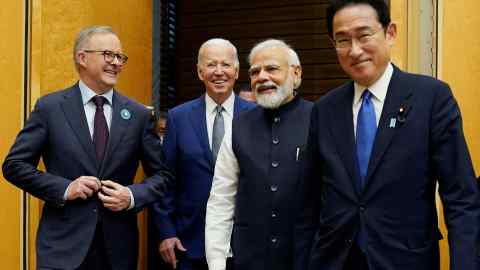 The Nvidia case illustrates the speed at which a form of economic decoupling between the US and China has been imposed on the market.

Emanuel said delegations of top US politicians would be visiting Japan in the coming months to explain the full implications of the chips act to chief executives throughout Japan’s semiconductor production chain.

While companies were still attracted to the growth opportunities in China, Emanuel also said they were rapidly moving to reduce risks in the supply chains. “Do multinationals want access to the China market? Yes. Do they want to be dependent on China sourcing? Not a chance,” he said.