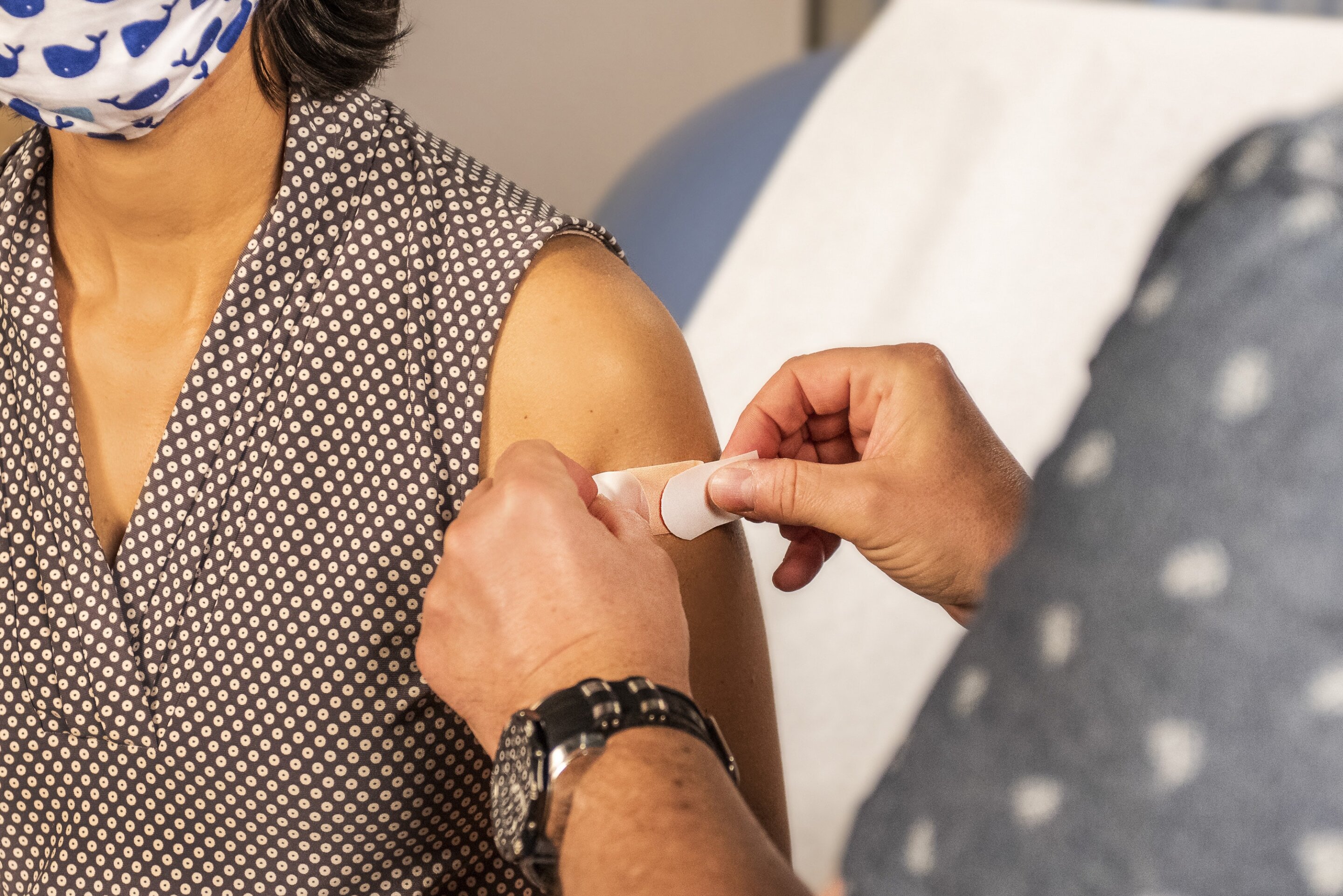 When Brittany Strickland heard that the United States recorded its first polio case in almost a decade, she was “deathly scared”—the 33-year-old wasn’t vaccinated against the disabling disease.

“My mom was an anti-vaxxer, so I found out that I had never had any polio vaccines as a child,” the designer explained to AFP, after finally receiving a shot this week.

Strickland was inoculated in Pomona, in New York’s Rockland County where the first US polio case since 2013 was identified in July.

Since then, the disease has been detected in wastewater samples in the area, as well as in a neighboring county and in New York City sewage, suggesting the virus is spreading.

The developments are leading experts to fear that polio, once one of the most feared diseases in America but now endemic to just a couple of developing countries, may wreak devastation stateside again.

“I had considered it a virus that was on its way to extinction,” John Dennehy, a virologist at the City University of New York, told AFP.

Health officials are urging anyone not immunized to get vaccinated, with Rockland County offering free shots.

The area, 30 miles (48 kilometers) north of Manhattan, has a polio vaccination rate well below the national average.

Nationally, the figure is 92 percent, according to the Centers for Disease Control and Prevention that recommends people receive the first of four doses at two months old.

Polio is a crippling and potentially fatal viral disease that mainly affects children under the age of five, but can be devastating to unvaccinated adults.

Periodic outbreaks killed thousands of children and left thousands more in wheelchairs and leg braces before a vaccine was developed in the late 1950s.

A massive global effort in recent decades has come close to wiping out the disease, with wild poliovirus now only existing in Afghanistan and Pakistan.

The last naturally occurring US cases of polio were reported in 1979.

“It’s horrifying,” said Strickland. “You don’t think it’s gonna happen here, and then a bunch of people don’t get vaccinated and now we’re in this situation.”

Polio is extremely contagious and can spread from person to person through stools, sneezes, coughs and contaminated water before infected people even show symptoms.

Analysis of the Rockland case led officials to believe that the original source of the infection was someone who had received the oral polio vaccine, which was discontinued in the United States in 2000.

OPV replicates in the gut and can be passed to others through fecal-contaminated water. While weaker than wild poliovirus, the variant can cause serious illness and paralysis in the unvaccinated.

The case identified in July was in a young man who was not inoculated and the disease was causing him paralysis, officials said.

They said he had not traveled abroad, suggesting the disease had transmitted locally.

Local news reports say the infected man was a member of the Orthodox Jewish community, where vaccine hesitancy tends to run high.

Rockland is home to a large population of Orthodox Jews. Last week, more than a dozen rabbis published an open letter urging members to get vaccinated.

Shoshana Bernstein, an independent health communicator and Orthodox Jew who is educating members on the importance of getting immunized, says “any community that’s more insular” is susceptible to anti-vax messaging.

“The silver lining with polio is that we do have elders in the community who can talk from first-hand experience. In a community that very much values the family system and its elders, that does make an impact,” she told AFP.

While it is too early to say whether the solitary case is part of a limited or more widespread outbreak, Dennehy fears it could just be “the tip of the iceberg.”

“Only a proportion of the people who are infected will ever show any symptoms, and only a fraction of those people will ever get paralytic polio,” he said.

“But if enough people are getting infected, eventually we start seeing more and more paralytic polio.”