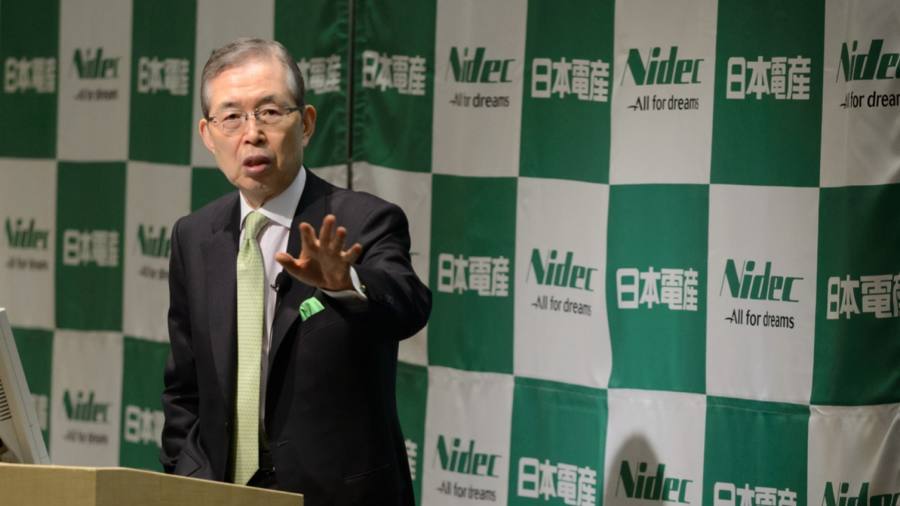 Hello, everyone. This is Akito from Singapore.

One of Japan’s most renowned entrepreneurs, Kazuo Inamori, passed away late last month. He founded Kyocera in 1959 as an industrial ceramics company and turned the Kyoto-headquartered company into a major player in global electronics.

After Kyocera, Inamori entered telecommunications in 1984 with the establishment of DDI, the forerunner of today’s KDDI. He later became the chairman of Japan Airlines after it went bankrupt in 2010 and led the nation’s flagship carrier to revitalisation. It is a list of achievements any business leader would be proud of, but he also had one more: in each of those companies, he nurtured successors and created a system that enabled growth even after its charismatic leader had stepped aside.

It is an example that Shigenobu Nagamori, a disciple of Inamori, has struggled to emulate. Nagamori founded Nidec, also based in Kyoto, and called the late entrepreneur “a master of how a business leader should live.” Yet the 78-year-old Nagamori has failed repeatedly to find his own successor.

Nidec, one of the largest electric motor makers in the world, announced that its president and chief operating officer Jun Seki — who was headhunted from Nissan Motor in 2020 specifically to succeed Nagamori — has stepped down to “take responsibility for deteriorating earnings,” writes Nikkei’s Yuji Ohira.

Seki’s predecessor was also a former Nissan executive who left Nidec after two years. Before that, Nidec recruited the former executives from a Nissan-affiliated parts manufacturer and Sharp, an electronics maker, as candidates for succession, but both left the company after failing to meet the high expectations of its founder.

The succession challenge is a significant issue for another Japanese tech giant, SoftBank Group. Its 65-year-old founder Masayoshi Son once studied at the management school founded by Inamori in the 1980s. The contrast with US tech giants like Microsoft, Google’s holding company Alphabet and Amazon, which have all succeeded in replacing prominent entrepreneurs as top executives in recent years, is stark.

Nagamori, for his part, says he has learned from his recent setbacks. “I had made the assumption that I could find someone better outside, but I realised that there’s exceptional talent within the company,” he said at a recent press conference.

For now, he has assigned a member of the company’s four-person founding team to fill posts vacated by Seki and said he will choose a new president in April 2024.

China’s Tencent plans to offload around $14.5 billion of its $88 billion listed equity portfolio this year to appease regulators and investors, rolling back its once aggressive pursuit of Chinese tech companies, write the Financial Times’ Cheng Leng, Qianer Liu and Eleanor Olcott.

The Shenzhen-based tech titan and successful unicorn hunter has come under regulatory scrutiny for the way it harnesses its internet empire — which includes the ubiquitous messaging app WeChat — to support the growth of its portfolio companies.

Beijing’s regulatory crackdown on monopolistic practices by the country’s tech giants has prompted Tencent to draw up plans to reduce stakes in large listed Chinese internet companies, including Meituan, JD.com and Kuaishou.

Tencent’s move to divest from China’s internet sector is a sea change for the broader industry. The golden era of Chinese internet start-ups pursuing unfettered growth funded by cheap capital from deep-pocketed backers is over. With one of China’s largest and most high-profile backers of internet start-ups beating a retreat, venture capital funding has dried up.

It has been four years since Huawei was blacklisted by the US, curbing its access to the cutting-edge technology that once made the company a global leader in smartphones. While its ranking by shipments has fallen to 10th from, briefly, No. 1, the Chinese tech titan has not given up on its smartphone business, writes Nikkei Asia’s Cheng Ting-Fang.

Unable to procure 5G chipsets, which have become standard in Apple, Samsung and other high-end phones, Huawei went a different direction with its latest offering, the Mate 50. The company announced that the phones will be able to link with the Beidou satellite system — China’s answer to GPS — to send messages even in remote areas. Apple followed suit just days later, announcing a similar feature in its iPhone 14 line-up. Analysts say that Huawei has opened up a new front in the global tech war, but given the cost of satellite-based communications, they say, it is unlikely the average user will be making much use of these functions any time soon.

Like the CES, held every January in Las Vegas, Europe’s largest tech show, IFA, is an important event for taking the temperature of the tech industry and gauging the year’s likely trends. After a two-year, COVID-induced hiatus, the event in Berlin is back, but with a more practical focus. Amid rapid inflation and a global economic slowdown, the sales pitch of many Asian tech giants was “energy efficiency,” Jens Kastner writes for Nikkei Asia.

Samsung Electronics touted its energy-efficient home appliances during this year’s show, a sharp contrast to IFA 2019, when the South Korean tech titan emphasised its high-end 5G smartphones. The company highlighted its SmartThings Energy service, where users can set a cap amount of the monthly electricity bill, and the system automatically adjusts to keep energy use within the limit.

Meanwhile, Japan’s Panasonic said it is preparing to increase production of energy-efficient residential heat pumps at its plants in Malaysia and the Czech Republic. “Everybody in Europe is concerned about how the next utility bill will look like,” said the European executive of Chinese home appliance-maker Haier at the venue.

#techAsia is co-ordinated by Nikkei Asia’s Katherine Creel in Tokyo, with assistance from the FT tech desk in London.

Sign up here at Nikkei Asia to receive #techAsia each week. The editorial team can be reached at techasia@nex.nikkei.co.jp

Revenge of reality: how technology was discounted in 2022