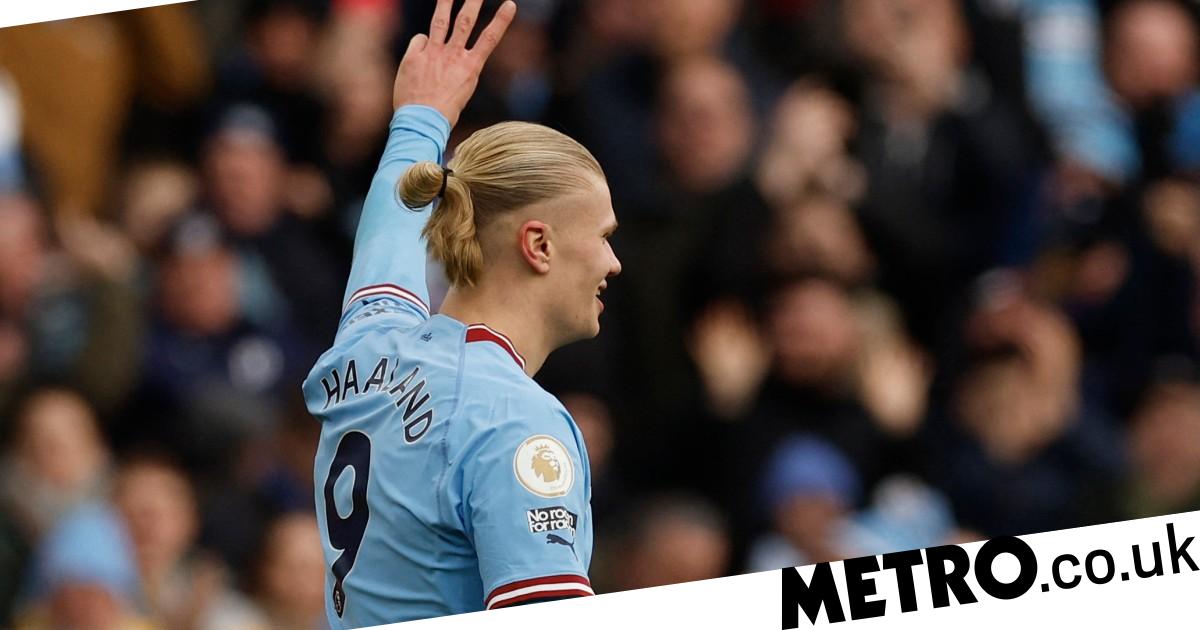 Pep Guardiola hailed Erling Haaland as undroppable after the brilliant Norwegian scored yet another hat-trick to clinch a 3-0 win for Manchester City over Wolves.

Haaland claimed his fourth treble of the season – taking his tally to an incredible 31 goals in 26 games in all competitions – as the Premier League champions responded strongly to their manager’s complaints.

Guardiola moaned about his side’s recent performances and Haaland’s treble was a perfect way to answer claims City had become a worse team, in terms of style at least, since the striker’s arrival.

‘When he scores I don’t know how many hat-tricks and goals, (people say) he is the solution in our team and when he does not score he is a problem in our team,’ said Guardiola.

‘This is a grey vision of this kind of things. We know his quality, we know each other. He is not a player to be dropped. We cannot play a false nine with him, we have to adapt with him and I think we are doing quite well.’

Guardiola has been unhappy about City’s recent loss of sparkle and he added: ‘Today we improved but it was just today, we will see what happens in the next games.

‘People will see goals from Erling, the assists from Kevin [De Bruyne] and the actions from Riyad [Mahrez] but there are things still to improve.’