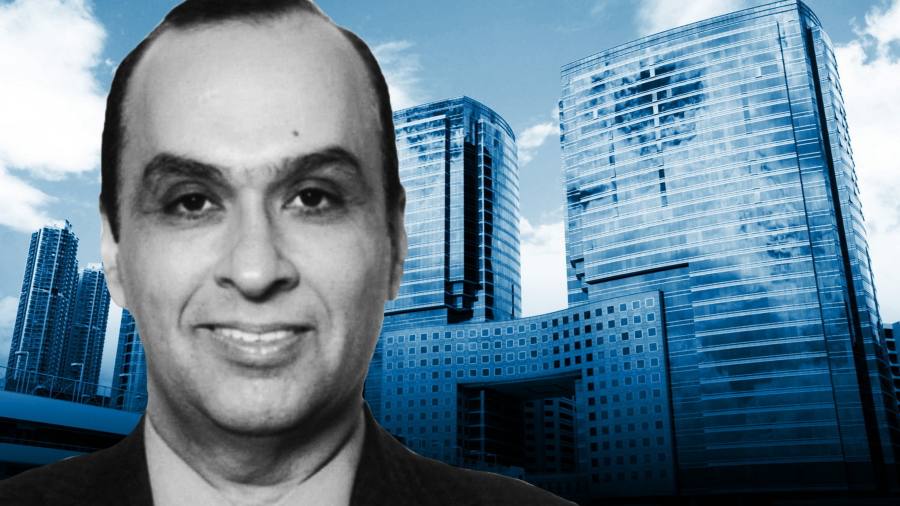 When Anil Wadhwani takes over as chief executive of Prudential next February, the FTSE 100 group will be unrecognisable from the storied British insurer that has traded from London for 174 years.

Having spent much of the last century growing into a major global financial services conglomerate, Prudential in the past three years has shed its European business, spun off its US operations and slashed its UK headquarters, relocating all of its senior management and operations to Hong Kong.

Its listing on the London Stock Exchange and UK domicile are the only remnants of its once-sprawling UK business. Now the £24bn life insurer is gambling the farm on mainland China, Hong Kong and south-east Asia, plus a small but growing bet on Africa.

“They’re chasing after the shiny thing,” said Richard Harris, chief executive of Port Shelter Investment Management, an Asia investor. “Certain margins were better. But that can be a short-term impact.”

The culmination of Prudential’s more than decade-long Asia pivot silenced years of criticism, including from activist shareholder Third Point, that its business model had become too complicated and its share price had suffered because the value of its Asia businesses were being diluted by lower margins and slower growth in the US and Europe.

But it comes at a difficult time for the region, with an economic downturn, geopolitical instability and pandemic restrictions in Hong Kong and mainland China all weighing on prospects for Prudential’s core markets.

That also makes it a difficult time for a long transition to a new leadership. Industry watchers were surprised that a new chief executive had not been lined up when former boss Mike Wells announced in February that he would retire after seven years in the role.

When Wadhwani’s appointment was announced in May, analysts at Jefferies expressed disappointment at the long transition period. That was compounded by the departure of Prudential’s Asia and Africa chief executive Nic Nicandrou, who had been the internal frontrunner for the job, with the broker warning that the gaps at the top could “impair . . . institutional memory”.

A former Prudential executive said: “The optics aren’t great, with so many senior departures, you’d want it to be smoother.” The person said they were “surprised . . . that it took quite some time” to find a replacement. The final announcement of the appointment, the day before the insurer’s annual shareholder meeting, seemed “rushed”, they added.

A person familiar with Prudential’s view said the chief executive search was held up because of the need for Wells to complete the strategic changes, as well as the board’s desire to meet candidates face-to-face, which was complicated by the pandemic.

The risks of its new strategy became clear in August when Prudential announced its financial results for its first six months as an entirely Asia- and Africa-focused business. In Hong Kong, its largest market and responsible for a quarter of overall operating profit before the pandemic, new business profits — a measure of the future earnings from newly sold products — fell by almost a third.

The closed border between the city and mainland China has prevented Prudential’s army of agents from selling insurance products to Chinese people travelling to Hong Kong, a key business line worth profits of $694mn in 2019 before the pandemic.

Tensions over Taiwan are also a risk in its fastest-growing market, while coronavirus restrictions in Indonesia have hit the source of about 10 per cent of operating profits.

“As a pure-play Asia business, Prudential is a lot cleaner story than it has been historically,” said Andrew Baker, an equity analyst at Citi in London. “Unfortunately for them . . . this is the most difficult macro environment they’ve faced in a long time in Asia.”

Wadhwani, who has worked in Hong Kong for five years, will have to set out his plan for rescuing Prudential’s shares, which have lost more than 30 per cent of their value since the insurer began its transformation in 2019.

Its nearest rival, AIA, an Asia-focused insurer that spun out of AIG and listed in Hong Kong in 2010, is dealing with all of the same regional headwinds, but has a market capitalisation of HK$898bn (US$114bn), compared with Prudential’s £24bn (US$28bn).

Until Wadhwani sets out his agenda, investors face uncertainty about what Prudential will do to try and close that gap. He will run the group with a new management team, after a layer of regional executives were cleared out in the restructuring. Because he does not speak Mandarin, he will rely heavily on senior executive Lilian Ng, who has responsibility for mainland China, Hong Kong and Taiwan.

“We are in all the markets we want to be in,” said Mark FitzPatrick, Prudential’s interim chief executive and an ex-Deloitte consultant who stepped up from his role as chief financial officer in February. “We are not drifting, we are driving the business forward.”

Prudential’s pivot to Asia is an “emotional” as well as physical one, according to FitzPatrick, who opted out of taking on the permanent chief executive role.

Prudential first signalled plans to focus on Asia under former chief executive Tidjane Thiam. It listed its shares in 2010 in Hong Kong and Singapore to help fund a $35bn attempt to take over AIA. The bid failed, but Thiam went on to oversee rapid growth in the region.

Central to that strategy was expanding Prudential’s life insurance joint venture with Chinese state-owned bank Citic, which launched in 2000, and has benefited from a vastly underserved insurance market and rising household incomes. China now generates about 7 per cent of Prudential’s profits.

Yet Prudential faces roadblocks to growth in the mainland. It owns a 50 per cent stake in the company and has laid out plans to increase that since Beijing lifted ownership restrictions on foreign financial services businesses in 2020. But it does not have the capital to do so, nor a willing seller. “We’d both like to own a greater share,” FitzPatrick said.

Citic Prudential Life is growing — gross premiums have risen almost fourfold to $2.4bn since 2016 — but the domestic market is increasingly competitive and its share is tiny, at about 1 per cent. It could also lose ground as foreign financial services groups invest in China’s insurance market. AIA, Allianz and Axa have all established wholly owned insurance companies in China in the past few years.

The other big question for Prudential is whether a quintessential London-listed stock will sever ties with the UK completely. Its large UK investor base and low liquidity in Hong Kong both mean that dropping its premium London listing is not a foregone conclusion.

“We want investors to buy and hold our shares on the Hong Kong line,” said FitzPatrick, although he added that he did not want to “say goodbye” to Prudential’s UK investor base. 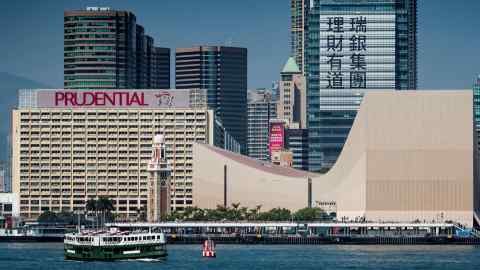 Since the business listed in Hong Kong, trading of its shares has been very thin there, averaging just 1 per cent of its global daily turnover. The bulk of the trading still happens in London.

The company is hoping to turn a corner when it is included in Hong Kong’s benchmark Hang Seng index this month, meaning it can be considered for inclusion in the Shenzhen-Hong Kong stock connect scheme and mainland Chinese investors would be able to trade its shares for the first time.

After a $2.4bn equity capital raise late last year, this is intended to boost Prudential’s visibility and liquidity with Asian investors, who its executives courted in meetings in Hong Kong last month. Prudential has also expanded its analyst coverage in Asia from two to seven banks this year.

But straddling the UK and China is a complex job for large financial services groups. HSBC, which has also shifted focus from its UK base to prioritise Asia, has had to walk a geopolitical tightrope between the two, while its large Hong Kong and Chinese investor base has pressured it to split off its Asian operations entirely.

Like HSBC’s investment banking joint venture in China, Prudential’s CPL business has a Chinese Communist party committee within its ranks, which is a requirement under Beijing companies law. As a western organisation partnering with a major state-owned Chinese bank, there has been some investor scrutiny in the past, according to FitzPatrick. However, unlike HSBC, Prudential has been regulated only in Hong Kong since its UK business was spun off into M&G in 2019, providing it some shelter from geopolitical pressures.

For Prudential, the risks of its new strategy are more than worth the opportunity of attempting to win a larger share of Asia’s underserved insurance market. But with six months until its new chief executive takes over and no certainty on when the border between mainland China and Hong Kong will reopen, the catalyst that will supercharge its share price has been just around the corner for a while.

Some think, as a result of these short-term challenges, Prudential is undervalued by investors in London. “I kind of expect it to be [taken over] . . . and I’m surprised it hasn’t been,” said the former Prudential executive.