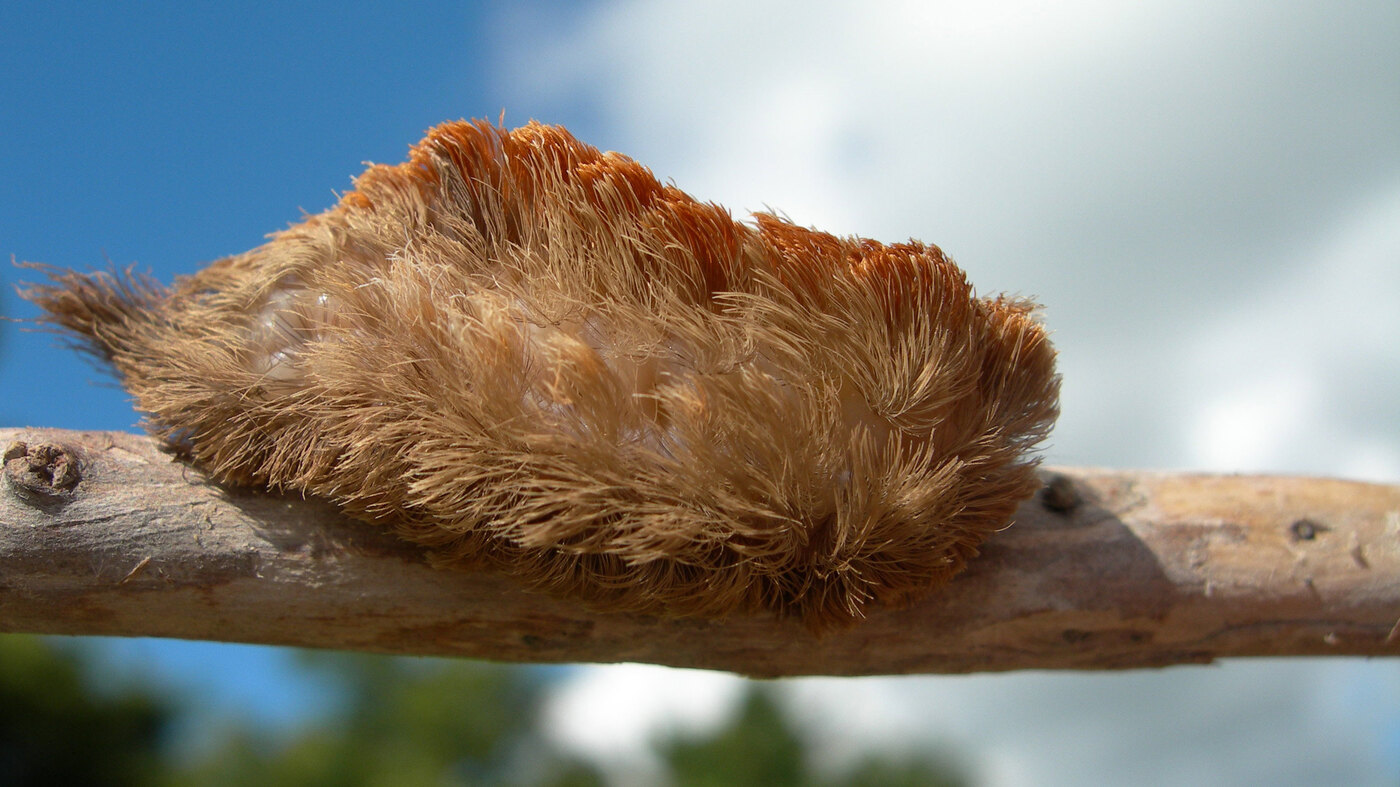 The puss caterpillar has venomous barbs along its hairy body. A sting from the insect causes extreme pain and can result in blisters that can last for weeks.

The puss caterpillar has venomous barbs along its hairy body. A sting from the insect causes extreme pain and can result in blisters that can last for weeks.

The puss caterpillar bears a striking resemblance to Cousin Itt from the Addams Family, a fuzzy little bug that one can’t help but want to touch. However, beneath its hairy surface are poisonous barbs that pack a powerful sting, which can result in days and even weeks of pain.

One of the most venomous caterpillars in the U.S., the puss can be found feasting on foliage in states between New Jersey and Florida and as far west as Texas. Most encounters typically occur when the caterpillar accidentally falls out of a tree or when people are removing leaves from around their home.

A puss caterpillar stung the manager of Virginia Tech’s Insect ID Lab, Eric Day, when he accidentally brushed up against a tree while mowing his lawn in rural Virginia. He said it resulted in a burning sensation and a blister about an inch long at the sting site.

“The burning sensation went away in a day or so, but that blister and then subsequent kind of irritated area was visible for several weeks,” he recalled.

The caterpillar can grow to a little over 1 inch long and is covered in gray and orange hairs, which have venom glands at the base, according to the University of Florida’s Institute of Food and Agricultural Sciences. It’s commonly found in Florida but is most abundant in Dallas and southern parts of Texas.

The level of pain caused by the caterpillar’s sting varies from person to person, but entomologist Molly Keck of the Texas A&M AgriLife Extension Service said the venom can be dangerous to individuals who suffer from extreme reactions to insect bites.

“Some may just have localized discomfort that lasts for just a short period of time. Others could have something as severe as anaphylaxis or needing to seek medical attention,” Keck told NPR.

She said the caterpillars can be found most often in the fall and spring, when people are spending time outdoors.

If you happen to get stung by the caterpillar, the National Capital Poison Center recommends using tape to remove the hairs and then gently washing the area with soap and water. If the sting site begins to itch, use hydrocortisone cream or a baking soda and water paste for relief.

If the pain worsens, seek out medical attention, Keck said. The sting has been known to cause anaphylaxis in rare instances, which can be life threatening.